One of the deceased had come to Bhopal to celebrate his niece’s birthday.

Bhopal (Madhya Pradesh): A man and his brother-in-law died, while their friend sustained grievous injuries when their speeding car overturned on Link Road number 1, TT Nagar police said on Saturday.

The police added that the accident occurred on the intervening night of Friday-Saturday. TT Nagar police station incharge Chain Singh Raghuwanshi stated that the men who died in the accident have been identified as Saurabh Soni (30) and his brother-in-law, Mohit Narekar (32). The duo’s friend who has sustained injuries has been identified as Ravi Verma. Soni is a native of Vidisha, who had come to Bhopal to celebrate his niece’s birthday.

After celebrating the birthday, Soni and Narekar had planned to meet their friend Ravi for dinner. The trio met for dinner and was returning by means of their car at 12 at night. As their car, which was reportedly being driven at a high speed, reached near Shivaji square, it bounced off the slab of the drain and overturned towards the driver’s side.

The locals took them out from the car and rushed them to JP Hospital. Soni and Narekar were declared brought dead by the doctors while Ravi’s treatment is underway.

According to Raghuwanshi, the accident was so intense that the airbags, despite opening in the nick of time, burst, due to which Soni’s and Narekar’s heads might have hit the dashboard of the car, thereby killing them. 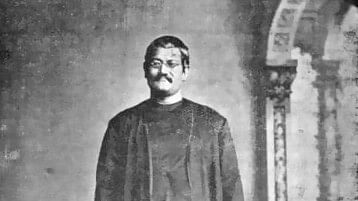