The gang duped over 30 people, cumulative amount collected from victims is over Rs 3 crore in name of admission in professional colleges
RAJESH THAKUR 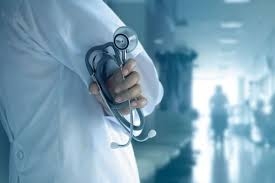 BHOPAL: As the cops continue their probe into the doings of the jailed fraudster Sandeep Karwaria, they are discovering that his net was wider than what they had initially thought and that his victims numbered more than what was initially estimated.

It now transpires that Karwaria, along with his associates stationed in Uttar Pradesh and Bihar, may have forced parents anxious to get their wards into medical and engineering colleges to cough up upwards of Rs three crore.

Karwaria, a resident of Baghmughalia in Bhopal, and his key accomplice, Deepak Kumar, were arrested from Purnea in Bihar about a month back by the Special Task Force (STF) of the state police. They were sent to judicial custody by court.

Karwaria was picked up after one or two complaints that that he had extorted money from parents for getting their sons or daughters admitted to engineering or medical colleges. As the probe progressed, the list of his victims began lengthening.

According to the STF chief ADG Vipin Maheshwari, currently, the list includes 30 people and the cumulative amount collected by him has crossed the Rs 3-crore mark. The number of victims and the amount swindled may grow in the coming days, the STF apprehends.

Initially, it was believed that Karwaria;'s victims were confined to Madhya Pradesh. But it has now come to light that they included parents from Bihar and Uttar Pradesh as well. Besides Deepak Kumar, who is in jail, his associates included Deshraj Mishra alias Setu Kumar Mishra of Patna, and Ajeet Pratap Singh Chauhan, a resident of Agra.

The gang lured parents who wanted their wards admitted to professional colleges. But its primary focus was on wannabe doctors. That, cops say, is because admission to private medical colleges involves spending a huge of money and that makes the business more lucrative. Karwaria and company had also targeted candidates appearing in different competitive examinations. Karwaria was the mastermind of the gang while his associates were entrusted with the task of fishing for potential clients. Sources in the STF say that before he was jailed, Karwaria had collected more than Rs 3 crore from at least 30 different persons. The STF is also planning to interrogate the beneficiaries of Karwaria's enterprise to find out from where and how they managed to fulfil the demands of the racketeer.

A complaint was filed by Vivek Mishra, a resident of Rewa against the fraud done. Mishra’s son Pratik took part in the NEET exam and Karwaria approached them as their career guide and asked them to come to Bhopal with a promise of admission to the medical college.

They took Pratik to Delhi and asked him to fill the application form of medical council of India central pool quota. The family received SMS from MCI confirming his admission.

The family paid Rs 36 lakh in instalments to the fraudsters, but when Pratik checked his admission in Gandhi Medical College Bhopal list, his name was not there. After that the matter for reported to the STF.

The STF had arrested Sandeep Karwaria, a resident of Baghmughalia in Bhopal, and his key accomplice, Deepak Kumar, were arrested from Purnea in Bihar on August 26,2021. 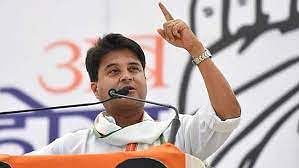 Madhya Pradesh: Interactive airspace map for drone usage to be uploaded online in next two days,...