Bhopal: ‘It is Independence Day for Muslim women’ 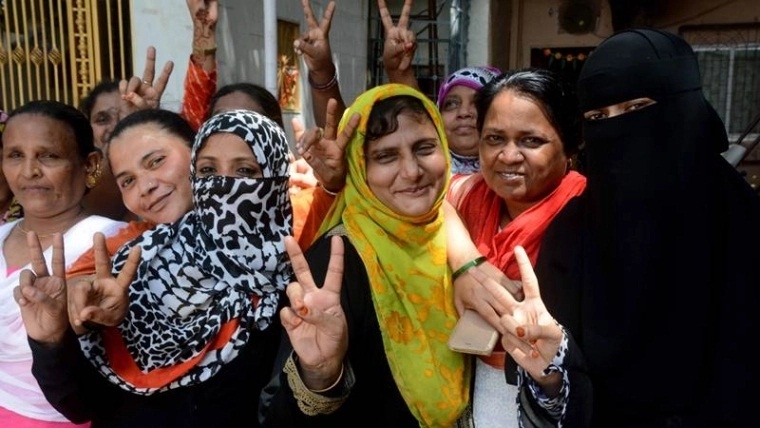 BHOPAL: Muslim women of the city have welcomed the passage of the bill outlawing Triple Talaq by the Rajya Sabha. They told Free Press that it is an Independence Day for Muslim women. It would end the slavery of women of the community and would be a great boon for them.

The new law is a big gift to Muslim women. It will break the shackles of their slavery. A man marries a woman with her consent in the presence of hundreds of people, Quazi and witnesses but gives her divorce without her consent or in absence of any witnesses or a Quazi. This was cruel. Even dogs are not treated like this. And divorce was given on petty issues; why did you peep out of the window, why did you lift your veil. I have seen many victims of this inhuman custom. I could not bear their tears. Illiterate women, women who did not know how to earn their livelihood were turned out from their homes in the dead of the night.

It is a very good decision. I really appreciate it. Triple Talaq was not at all good. It was hurtful to the feelings of women and to their interests. Even the Prophet did not favour it. But people were using the custom for and as per their convenience. Muslim couples can separate in other ways, which have the sanction of the Muslim Personal Law. In Triple Talaq, if the couple wants to unite again, the woman has to go through the ordeal of Halala Nikah. That is not there in other systems of divorce. The woman can come back to her husband within the period of iddat or even later.

I am extremely happy and welcome the decision. Personally, I was always against this system. You see, most of the Muslim women are either illiterate or poorly educated. So, once they were divorced by their husbands, merely by pronouncing the word ‘Talaq’ thrice, sometimes even on the phone, they were reduced to penury. They didn’t know what to do, how to fill their stomachs. The new law would give more confidence to the Muslim women. They won’t be forced to live under constant fear.

It is a great step. After the passage of this law, men will think twice before taking any hasty decision. But, we will have to see the flip side of the measure too. It may lead to financial problems for women. If the idea was to empower women, this law won’t do it. If husbands are behind bars then who will meet the financial needs of the wives? They will have to depend on others.