HomeBhopalBhopal: ‘If colour of bikini is changed, we have no issues’

Bhopal: ‘If colour of bikini is changed, we have no issues’

Bhopal (Madhya Pradesh): Hindu right-wing leaders in the city have welcomed the decision of the Central Board of Film Certification (CBFC) to request the makers of Shah Rukh Khan-Deepika Padukone starrer Pathaan to make certain changes in the film, including its songs.

The film had kicked up a controversy over its Besharam Rang number, in which Deepika has been shown wearing an orange-coloured bikini. Right from the state Home Minister Narottam Mishra to Vishwa Hindu Parishad (VHP) all objected to the film.

Chief of Madhya Bharat Prant Prachar Prasar of VHP, Jitendra Singh told Free Press that if the colour of Deepika’s bikini is changed, they would have no objections to the release of the film. He, however, said that their broader campaign against films hurting the sentiments of the Hindus would continue.

Founder of Sanskriti Bachao Manch, Chandrashekhar Tiwari welcomed the CBFC move but wanted to know why such scenes and songs are allowed to become a part of the film in the first place. He said that if a film contains scenes or songs that may hurt Hindu sentiments, the makers should get the script vetted by Hindu religious leaders like the Shankaracharyas.

If the colour of the bikini is changed, they would withdraw their objection to the film, Mahant Anil Anand said.

President of the state unit of All India Ulema Board, Anas Ali, however, said their protest against the film will continue till its title is not changed. “Our objection is to the title of the film, which seeks to give a bad name to Pathans, who are an elite Muslim community with a glorious past. Pathans, including Khan Abdul Ghaffar Khan, had participated in the Indian struggle for independence,” Ali said.

The decision of the Censor Board is commendable. When this issue came before me, I had said that it is a malicious attempt to hurt the sentiments of the majority community. Producers, directors and artistes should keep in mind that reel life also affects real life. 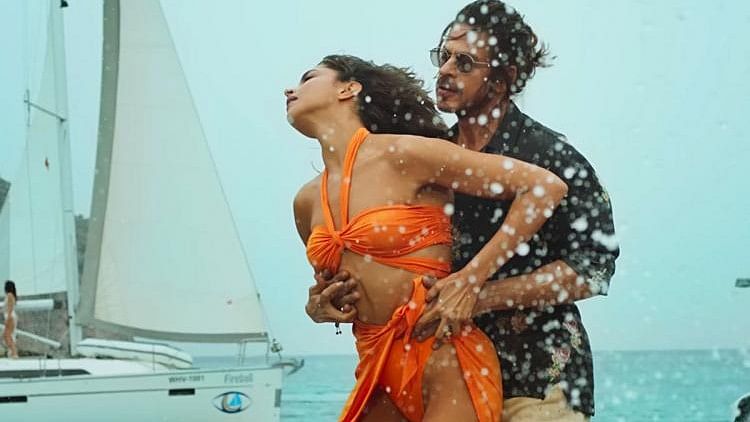