Damore, who is facing charges against his alleged involvement in Rs 600 crore scam, was reportedly summoned by State BJP President VD Sharma to State BJP Headquarters here in Bhopal on Tuesday.
Staff Reporter 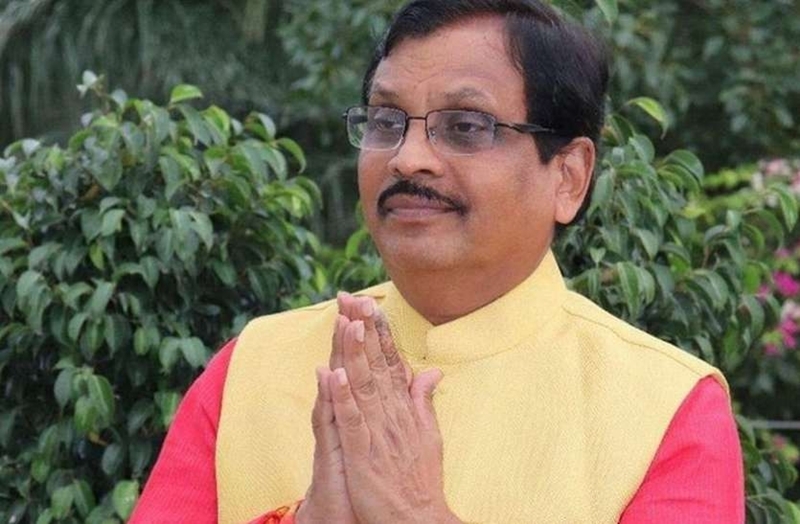 Bhopal (Madhya Pradesh): BJP Member of Parliament from Ratlam-Jhabua constituency, Guman Singh Damore, who is facing charges against his alleged involvement in Rs 600 crore scam, has said that he was neither posted in Alirajpur and Jhabua, nor he was involved in the scam.

While coming out of BJP office, he evaded the queries by journalists and allegedly pushed some TV Journalists aside.

As the video of Damore went viral on social media, he returned to BJP headquarters and apologised.

“The allegations levelled on me are baseless. I was never posted in Alirajpur and Jhabua. I am not involved in any scam. No FIR is registered against me, so far,” Damore said.

The court also order to book all officials under Section 197 (issuing or signing a false certificate), 217 (public servant disobeying a direction of law with intent to save person from punishment), 269 (unlawfully does any act), 403 (misappropriation of property), 406 and 409 (criminal breach of trust), 420 (cheating) of IPC.

According to reports, a Mhow-based journalist Dharmendra Shukla lodged a petition in JMFC court presenting all certified documents related to the scam, on December 25.

According to the petition lodged in the court, Damor was posted as the Fluorosis Control Project executive engineer and others named in the case were his associates. They cleared bills worth over Rs 600 for those who bought fluorosis control and pipe supply material and in the name of many other schemes which are to be launched in Alirajpur and Jhabua area. They allegedly pocketed the funds and expenses meant for other schemes.