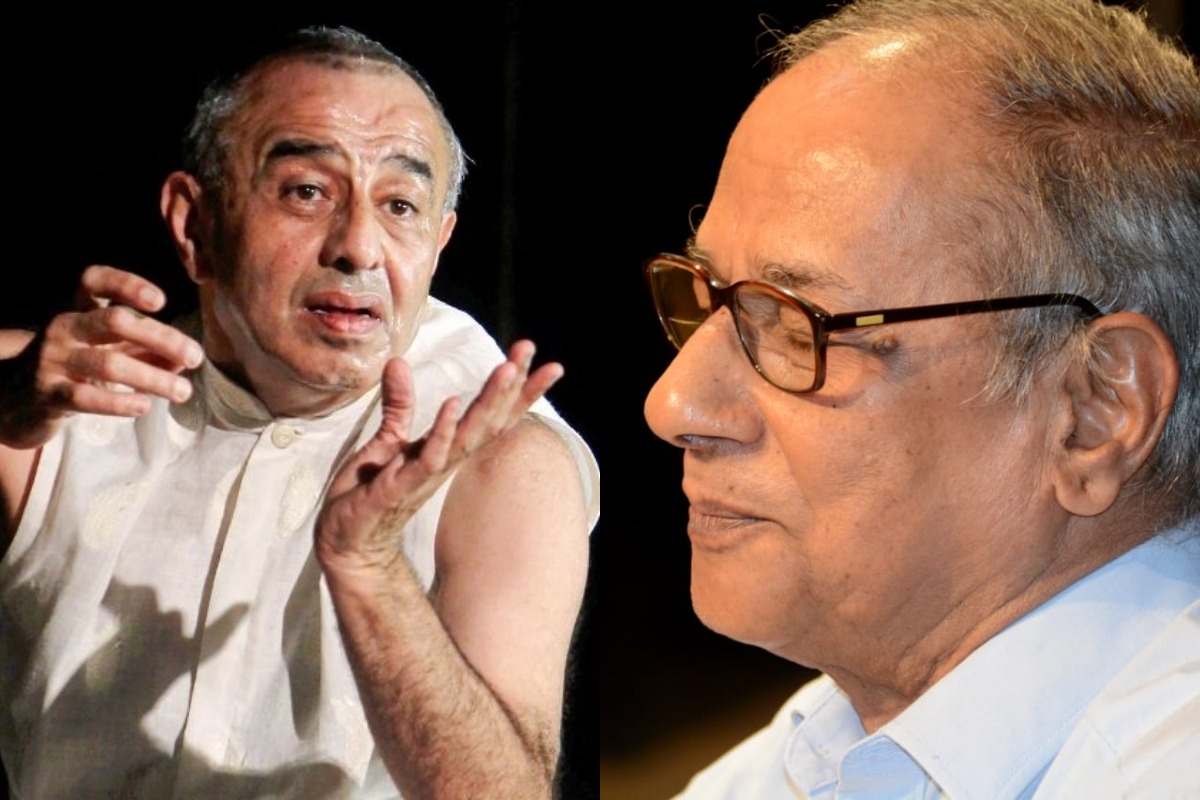 Bhopal: Artistes and litterateurs from the city were shocked by the sudden demise of poet Manglesh Dabral and contemporary dancer and choreographer Astad Deboo. Both were associated with Bharat Bhavan.

The 73-year-old Deboo, known for amalgamating Indian and western dance techniques died on Thursday in Mumbai. He was diagnosed with cancer last month. He was the current trustee of Bharat Bhawan. He had performed first in an event ‘Purush,’ held at Bharat Bhawan in 1993 or 1994.

Contemporary Hindi poet and literary journalist Manglesh Dabral, 72, died on Wednesday at Delhi's All India Institute of Medical Sciences, where he was undergoing treatment for Covid-19. He was assistant editor of Bharat Bhavan's magazine ‘Purvgrah’. Earlier the magazine was published by Kala Parishad, Bhopal. He had visited Bhopal many times and his last performance in Bharat Bhavan in February this year.

Poet Rajesh Joshi said Dabral was a ‘poet of protest’. "He was Marxist and a very sensible and sensitive poet. He was among the scores of litterateurs who had returned their awards to protest the growing intolerance in the country. During the recent Bihar elections, he had insisted that we writers and poets should issue a statement in favour of the Mahagathbandhan. And we did,” Joshi said.

"As the editor of the literary supplements of Jansatta and Rashtriya Sahara, Dabral excelled himself. He was my contemporary and when he lived in Bhopal, we used to meet up very frequently,” Joshi said.

“Seventy-two,” Joshi said, “was no age to depart from this world.” “His death is a big loss to the Indian and Hindi literature and to the progressive forces,” he said.

About Astad Deboo, well-known Hindi writer Udyan Vajpayee said that Deboo was so passionate about the culture that once when he, along with Deboo and another common friend, went to a Hamam in the city all through their bath, they discussed literature, music and dance!

“He was a lonely man and that is why he could depict Mahatma Gandhi’s loneliness so beautifully,” Vajpayee said about Dabral.

Vajpayee said that Dabral was an editor of the highest traditions. “Despite being a staunch Marxist he was liberal as an editor and accommodated all viewpoints in the publications he edited,” he said.

Recalling the old times, Chief administrative officer of Bharat Bhavan, Prem Shankar Shukla said, “Daboo and I met at a trustee meeting, held in Mumbai on March 5, 2020. He was quite well then. We used to talk over the phone. He was very humble and quite dedicated to art. He had visited Bharat Bhawan and performed here. He loved the multi-arts complex and wished that it should run smoothly."

About Dabral, Shukla said that he used to live in Bhopal in the beginning of his career (1980-81) as assistant editor of Bharat Bhavan’s Magazine ‘Purvagrah’. Earlier the magazine was published by Kala Parishad, Bhopal, he said. As a poet he was associated with the Bhawan continuously.

Kathak danseuse Alpana Vajpayee said that Deboo didn’t adopt any particular classical dance forms. “ Unki capacity thi ek dhwani per deh nritya karne ki..,” “I had seen his performance around 15 years back in Bharat Bhavan and it was based on Dhrupad,” she said. His ‘Aangik Abhinay’ was quite good, she said.