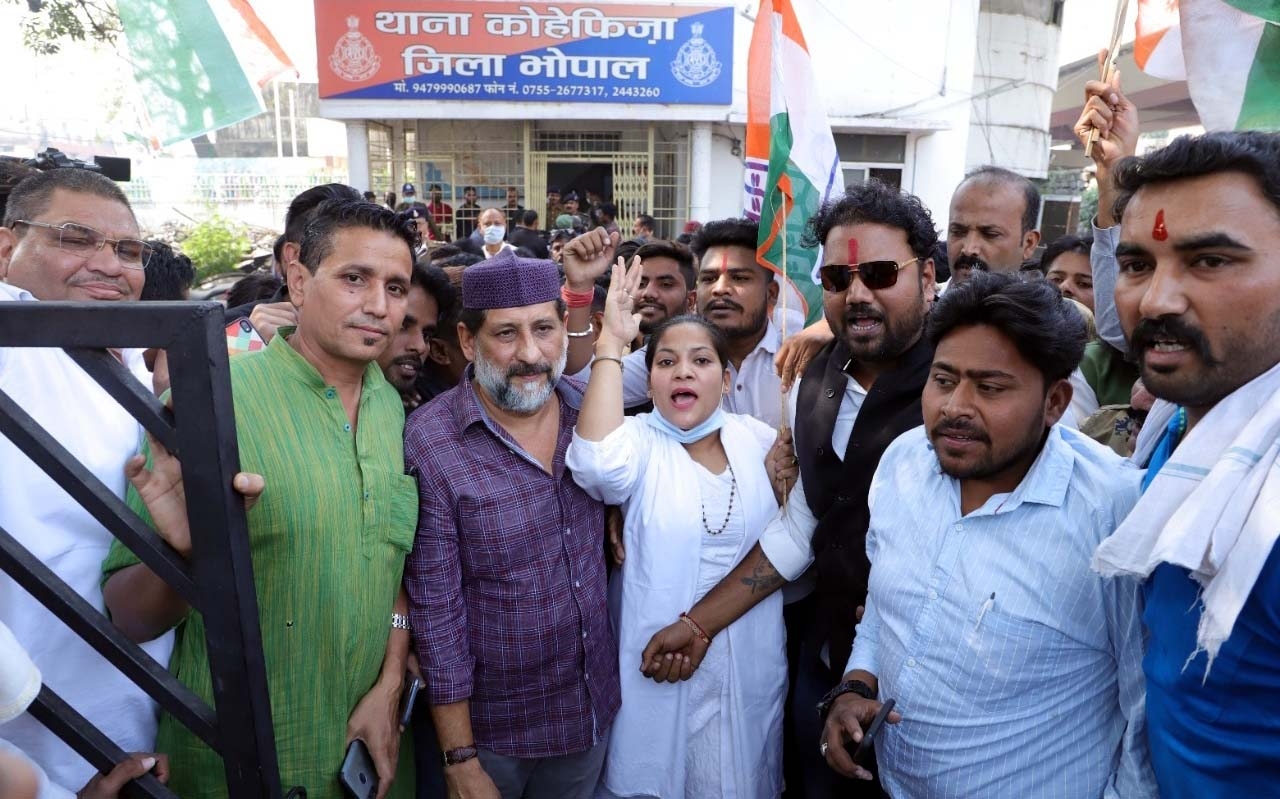 BHOPAL: Congress leaders and workers staged a protest in front of Kohefiza police station on Thursday asking the authorities to lodge FIRs against people responsible for the fire in Kamla Nehru hospital.

“Only suspension and removal from the post was done, no inquiry has been instituted and no FIR has been lodged against the officials and this is highly objectionable,” said the Congress MLA Arif Masood.

Leading the demonstration, the Congress MLA demanded the police to register a case against people responsible for the fire in the hospital. Negligence of the hospital staff led to the fire in the ward leading to loss of precious lives and for this strictest action should be taken against officials, said Masood.

Accusing the government of hiding the true death toll in the fire incident, Masood said that the state government was not registering the names of the victims to keep the casualty figure low.

As per the government, a fire in the SNCU ward of Kamla Nehru hospital on Monday night claimed the lives of six children.  However, the opposition Congress has put the casualties at 15.