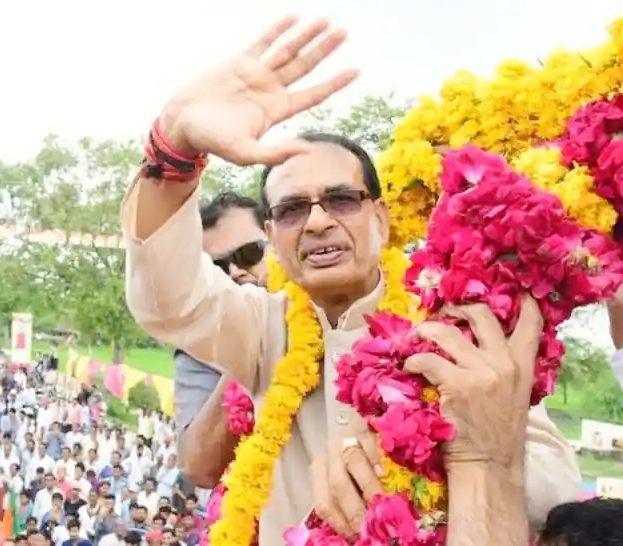 Bhopal: Chief minister Shivraj Singh Chouhan cancelled his tour to Khandwa Lok Sabha constituency on Monday due to bad weather conditions as many parts of the state witnessed moderate to heavy rainfall since Sunday, as per officials. The chief minister was supposed to address election meetings there.

The chief minister was to address two election rallies in Khandwa and Mandhata assembly constituencies, parts of Khandwa Lok Sabha seat, and also street meetings to interact with people from 12.45 pm to 3.45 pm.

However, a message from CM House said, “Chief Minister Shivraj Singh Chouhan postponed election meetings on Monday due to heavy rain in Khandwa and Khargone and also to ensure that people over there don’t face inconvenience.”

“People are with Congress in bypolls for four seats. Seeing his imminent defeat Shivraj ji withdrew from Khandwa ground. The administration had also dissuaded me from visiting Dhoolkot but I told them that I would touch the soil over there to pay my respect, whatsoever weather conditions there might be. Jai Madhya Pradesh,” Kamal Nath said.

Meanwhile, state BJP president VD Sharma is scheduled to address election meetings in Mandhata assembly constituency on Tuesday, as per information from the state BJP.

The BJP and the Congress leaders continued their election campaign in Raigaon, Prithvipur and Jobat assembly constituencies and also Khandwa Lok Sabha constituency, which are witnessing by-polls.

Polling will be held on October 30 to decide fate of about 45 candidates while the counting will take place on November 2.