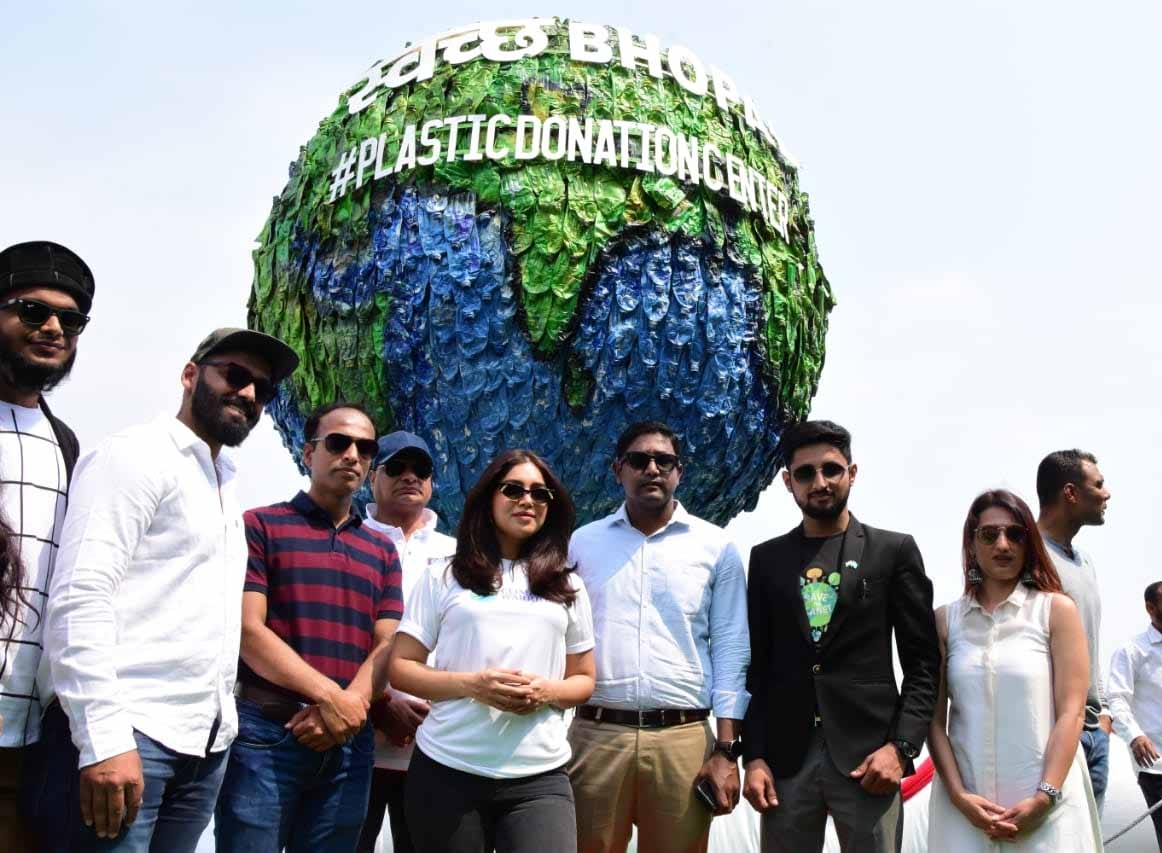 Addressing the function, she said that she tries to use social media to persuade the people to shun the use of plastic. “In my personal life, I use utensils made of steel,” she said. Bhumi said that any change can begin from one’s home.

“If you love your city, you should free it from plastic,” she said.

Bhumi is shooting for her film Rani Durgawati in the city for the past two months.

Of late, the Bollywood has started producing lots of women-centric films, which is a welcome development as it would help bridge the gender gap, said film actor Bhumi Pednekar.

Later, during an interaction with media persons she said, “It is high time that films which have a woman their chief protagonist are produced in bigger numbers. I feel that we are marching towards gender equality though we still have a long way to go,” she said. She said that the choice of the film-goers is changing. They want something new. “I am happy that I am a part of this change,” she said.

Bhumi expressed happiness over ‘reality’ gradually taking the place of ‘glamour’ in Hindi films. She said that she was glad that her character are remembered by the audience. “ It is a big compliment for an actor,” she said.

When asked whether she would like to act in a biopic, she replied in the affirmative. “I would love to play the role of a female freedom fighter. There are very few female freedom fighters that are talked about,” she said. She also expressed the desire of playing the part of Meena Kumari, a film star of yesteryears, in a film.

When asked whether she would like to work in Marathi films, Bhumi said that she was very open to the idea. “When we can work in Hollywood films, what is wrong with working in films in Indian languages,” she asked.