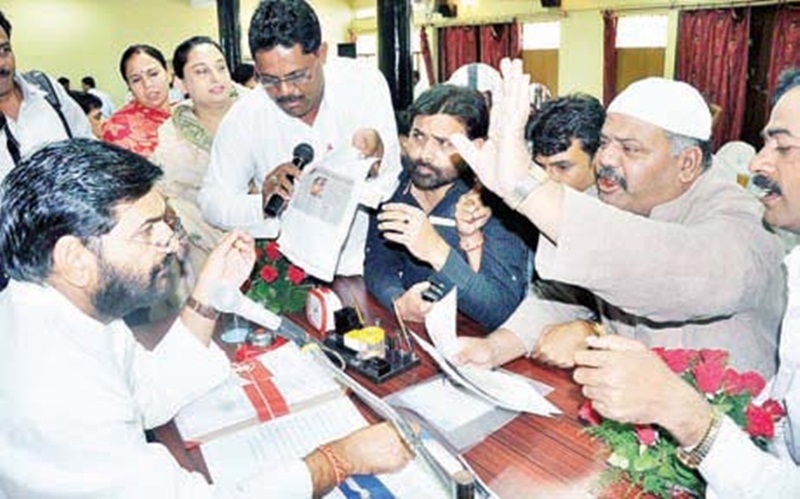 BHOPAL: Leader of opposition in Bhopal Municipal Corporation (BMC) Mohammad Sageer sustained injuries while trying to sort out a dispute between two groups on Saturday.  In the evening, another man of other group was also attacked near D mart. The dispute is related to the ownership on a portion of Kaliyasot dam for fish hunt, and the other party that owns it pelted a stone on BMC leader as he was allegedly trying to intervene into the matter. The party was forcing them to give up their contract. The cointract was given to one Subash Raikwar by the BMC. But an order was issued against it owing to some legal formalities but Raikwar went to the court. A hearing in the matter is due on Monday.

Raikwar told that Sageer and his men arrived and wanted them to evacuate the land after which the dispute broke out. Later, after a heated argument one of them threw a stone targeting him and he was then taken to hospital for treatment and an FIR was lodged. According to Kamla Nagar police, a two groups were having talks over the contract when one of the groups led by the accused Raikwar’s aides including Devmani Singh pelted stone at the leader.

Sageer  told Free Press that he had only gone to there to discuss the matter as Raikwar had taken away the fishing instruments of some of the boys. “ I knew those boys and they requested me to ask Raikwar for returning their fishing instruments and as I went there to talk, but they pelted stone after some heated argument but there was nothing serious,” he said.