She was here for shooting of Mani Ratnam film
Staff Reporter 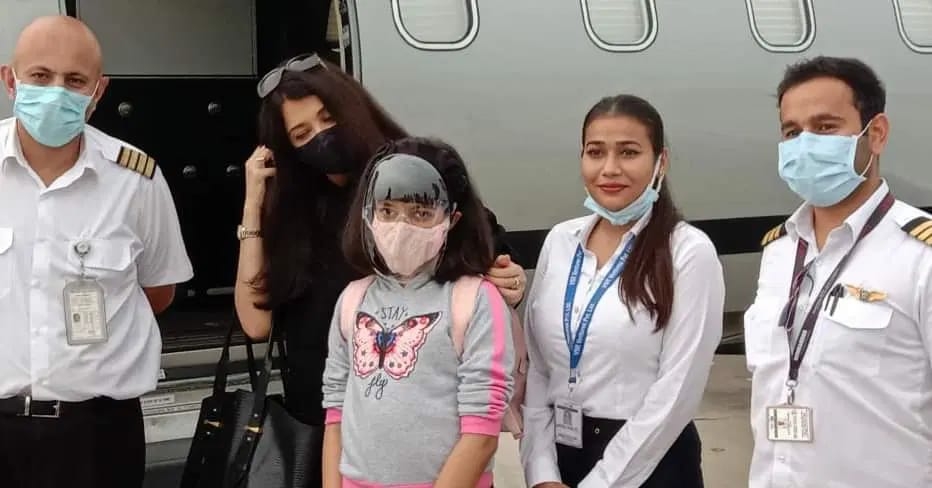 The actress with her daughter and others at airport | FP photo

The actor then left in a car for Orchha in neighbouring Niwari district. However, before starting the 48-km long trip the actor and crew were asked to be prepared for a bumpy ride. The warning came despite crew's logistics team of the production unit spent a huge amount in repairing 'crater like potholes' to ensure safe ride. MP Tourism and district administration had deployed considerable police force to ensure actor's safety. "Locals gathered at the airport to see their favourite actor, but in a small number", said ASP Kamal Mourya. "There was no overcrowding at the airport. We had deployed teams across the district as precautions for Muharram. A routine force deployed and the crowd was managed," he said.

Line producer Zaid Ali, said, "Orchha schedule will conclude on Saturday and then the team will move to Gwalior and Maheshwar." Ponniyin Selvan, originally written by Kalki, tells story of Arulmozhivarman, one of the kings of the Chola dynasty during the 10th and 11th Century.