Fire at New Life City Hospital on August 1 in Jabalpur had left eight people dead . | FP
Follow us on

Bhopal(Madhya Pradesh):  Registration of as many as 92 private hospitals and nursing homes in Madhya Pradesh have been suspended for their failure to adhere to the fire safety norms. The action comes following a fire at New Life City Hospital in Jabalpur in which eight people lost their lives on August 1.

Chief Minister Shivraj Singh Chouhan had directed the administration to conduct a review of fire safety mechanisms of all hospitals in the state. The department had then constituted a committee to initiate action against medical facilities found operating sans fire safety machinery.

The hospitals were issued notices seeking explanation for flouting the fire safety rule, 92 medical facilities failed to give satisfactory reply and thereafter their registration was cancelled.

The health department had launched a month-long drive which ended on August 31 to check the private hospitals across the state. Show cause notices were issued to the hospitals found violating safety rules. Registrations of 92 hospitals have been suspended for their failure to give satisfactory reply to the queries sent in show cause notice. 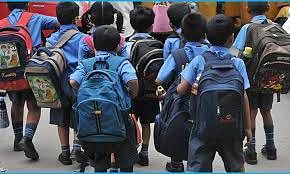