After hike in VAT, the liquor lobby has incurred loss; booze lovers get a jolt
NITENDRA SHARMA 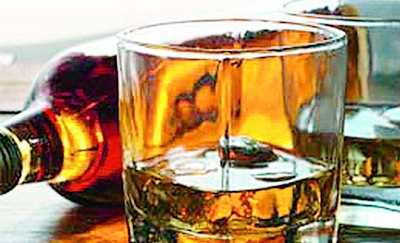 BHOPAL: The state government has raised 5% of maximum retail price (MRP) on foreign-made and country-made liquor.

The state has been continuously benefiting the liquor traders, and the decision to raise MRP by 5%, was part of it.

On September 21, the state government hiked the prices of diesel, petrol and liquor by imposing 5% of VAT on those items.

Nevertheless, the hike in VAT on liquor caused a huge loss to the liquor manufacturers.

Now, the consumers have to bear the brunt of the 5% of hike in MRP on liquor.

When the VAT on liquor was hiked, the liquor lobby began to pressure the government that MRP should also be raised that they might get the hiked VAT from the consumers.

The MRP of the country-made liquor will be fixed by raising 20% or 25%.

Similarly, the MRP of foreign-made liquor will be fixed by raising 15% or 20%.

The liquor manufacturers will raise minimum 5% of MRP. The government has, in fact, shifted the tax burden of the liquor companies to drinkers, and the decision will raise the prices of all kinds of liquor.

The decision to allow the wine shop owners to open outlets by making some payments was taken without the cabinet’s approval.

Besides, the rules to open bars near the national parks have been made easier.