HomeBhopalBhopal: 3 of eight cheetahs from Namibia replaced previously selected ones

Bhopal: 3 of eight cheetahs from Namibia replaced previously selected ones

One of cheetahs replaced is pregnant, two others not capable of hunting

Official confirmation regarding replacement comes amid a section of western media’s reports that Namibia had refused to replace any of the eight cheetahs to be sent to India. |

Bhopal(Madhya Pradesh): Three of eight cheetahs being brought from Namibia to Kuno Palpur National Park here on September 17 replaced the previously selected ones due to different reasons, as per officials.

This official confirmation regarding replacement comes amid a section of western media’s reports that Namibia had refused to replace any of the eight cheetahs to be sent to India.

Seeking to scotch the western media reports as unfounded principal secretary, forest Ashok Barnwal said, “One of the three cheetahs which has been replaced with another cheetah is pregnant while the remaining two replaced are male but not capable of hunting.”

Notably, of the eight cheetahs being brought here five are male and three female. Earlier, a UK based media outlet reported ‘Namibia has said it has no intention of replacing the three cheetahs that the Indian government rejected on the grounds that the animals were bred in captivity and would not be able to hunt, in an “unfortunate” blow to India’s ambitious translocation project’.

The report further says ‘India’s ambitious plan to repopulate its extinct cheetah population suffered the setback as Namibia, one of the partner countries from where the animals were to be translocated, shot down the claims that the cheetahs were captive bred’.

However, talking to Free Press Barnwal said, “There was no conflict with Namibia on the issue. Since the female cheetah was pregnant it couldn’t have been brought here while the two other cheetahs were not capable of hunting. These three cheetahs were replaced amicably.”

As per officials, the plan of transportation of cheetahs first by a plane and then by choppers will be executed in a such a manner that they are not kept in cages for a long time before the Prime Minister Narendra Modi lands at Kuno Palpur and releases the cheetahs into enclosures.

“We are trying to see that cheetahs reach there just half an hour before the PM lands as keeping these wild animals for hours will result in a further torture to them after journey of more than 8 to 10 hours,” said another official from the forest department wanting not to be named. 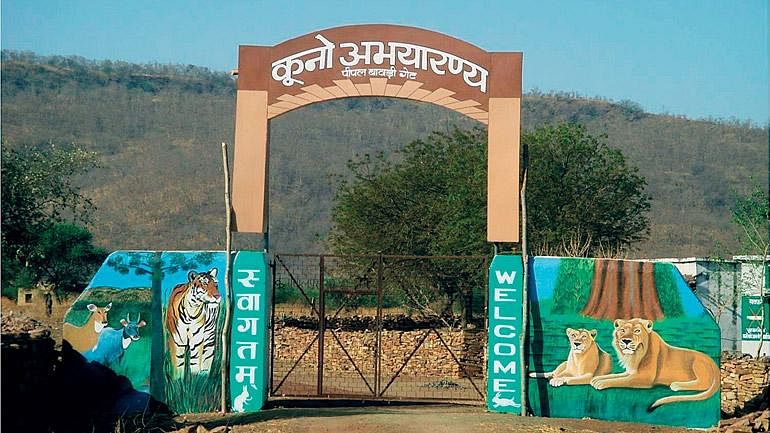