This Electric Superbike can adjust its ergonomics on the fly! 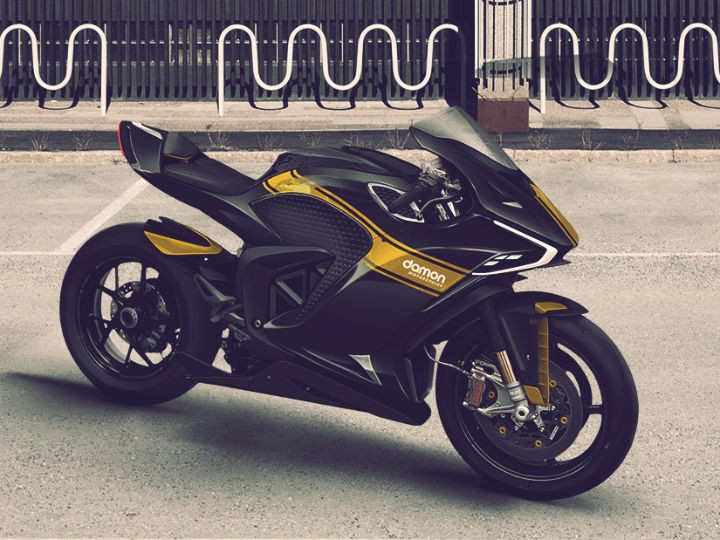 - The electric superbike comes with a claimed range of over 321km (city & highway combined).

- It is capable of charging in less than three hours using a Level 2 charging system.

-The motorcycle also gets 4G connectivity and a 360-degree warning system. 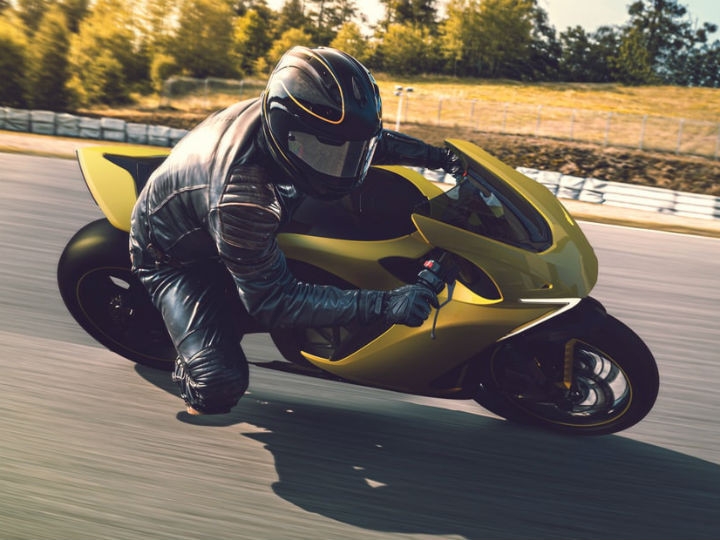 Canadian electric startup Damon Motorcycles has unveiled its maiden motorcycle, the Damon Hypersport HS, at the CES 2020. What makes this electric superbike stand out from the rest is that it comes with adjustable ergonomics called ‘Shift’ that lets the rider change the riding stance on the fly! The Shift feature comes with two modes: Sport and Commuter. Depending on the mode, the system changes the windshield angle, seat height, handlebars and footpeg position electronically.

Apart from this, the motorcycle is also loaded to the brim with features straight out of science fiction. For example, its ‘CoPilot’ 360-degree system, which consists of radar, camera and sensors, tracks moving objects around the motorcycle. The motorcycle also comes with an always-on 1080p rear camera. The system warns the rider through haptic feedback on the handlebars, integrated LED lights on the windshield. Damon has used Blackberry’s QNX software system for the CoPilot feature.

The Damon Hypersport electric sportsbike is shaping up to be something special. Check this out, touch a button and it morphs from a track-ready position to a commuter!

It also comes with 4G-enabled cloud connectivity, using which the motorcycle learns the user’s riding style. That said, how the motorcycle uses this data isn’t revealed clearly. As far as the range is concerned, the company claims over 321km per charge under a mix of city and highway riding conditions. Riding on the highway at around 100kmph will result in an estimated range of 323km. The brand says the motorcycle is capable of charging the 21.5kWh battery pack completely in less than three hours using a Level 2 charging system.

The motorcycle is claimed to pack a 202.7PS of power and is said to be capable of accelerating from 0-60mph (96.5kmph) in less than three seconds! There are two variants on offer: Hypersport HS and Hypersport Premier. The former comes with an inverted fork and a rear monoshock with a traditional double-sided swingarm, whereas the latter features premium Ohlins suspension on both ends, brakes from Brembo and a single-sided carbon fibre swingarm. The Hypersport Premiere is a limited-edition motorcycle with only 25 units available on sale.

Tech pundit Tim Stevens posted a video of himself riding the Hypersport during CES 2020. He wrote, "The Damon Hypersport electric sports bike is shaping up to be something special. Check this out, touch a button and it morphs from a track-ready position to a commuter!"