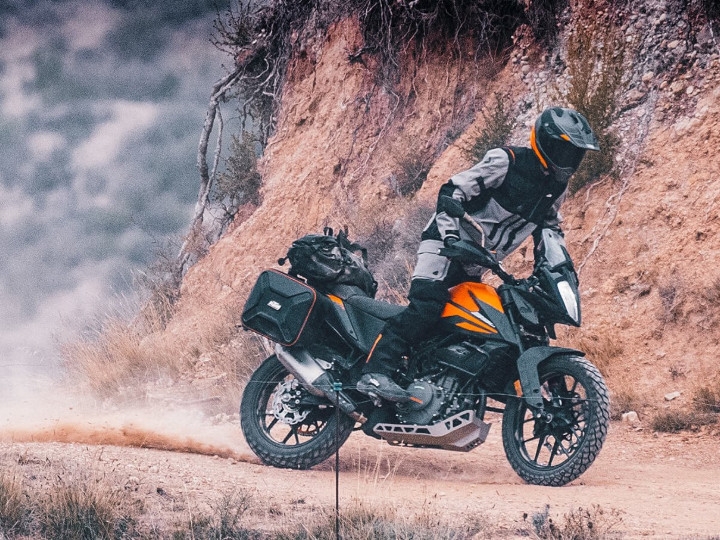 Similarly, the ADV commands a premium of GBP 700 in the United Kingdom as well.

KTM has released the 390 Adventure’s price list for several international markets. Since it’s based on the KTM 390 Duke, we took the Duke’s price in the respective markets and calculated the percentage increase. The results are pretty intriguing and they give us a fairly good picture of what the adventure tourer could cost in India.

Here’s how much it costs in the US, UK and Canada:

So if you replicate the percentage increase here, the 390 Adventure is likely to cost around Rs 33,400 more. However, the India-spec motorcycle features more affordable Metzeler Tourance tyres instead of the Continental TKC 70.

Another big change is that the India-spec KTM 390 Adventure features a non-adjustable WP inverted fork whereas the model sold abroad gets adjustable units for both compression and rebound. That said, the rear monoshock is the same as the one sold abroad. It features rebound and preload adjustability.

However, KTM has compensated for these changes with the inclusion of a standard bi-directional quickshifter. The quickshifter is sold as a Power Part accessory in markets abroad.

Taking this into account, expect the India-spec ADV to command a premium of about Rs 25,000 to Rs 30,000 over the 390 Duke. Even with this expected premium, the KTM 390 Adventure comes across as a value for money proposition considering it gets proper ADV styling, a bigger front wheel, and more importantly, lean-sensitive traction control and cornering ABS! KTM will launch the motorcycle in January 2020.

In terms of rivals, it will easily undercut the BMW G 310 GS (Rs 3.49 lakh ex-India) and will slot between the GS and Royal Enfield Himalayan (Rs 1.8 lakh ex-Delhi). Another notable rival is the Kawasaki Versys-X 300 but it is priced way too high at Rs 4.69 lakh (ex-showroom India).