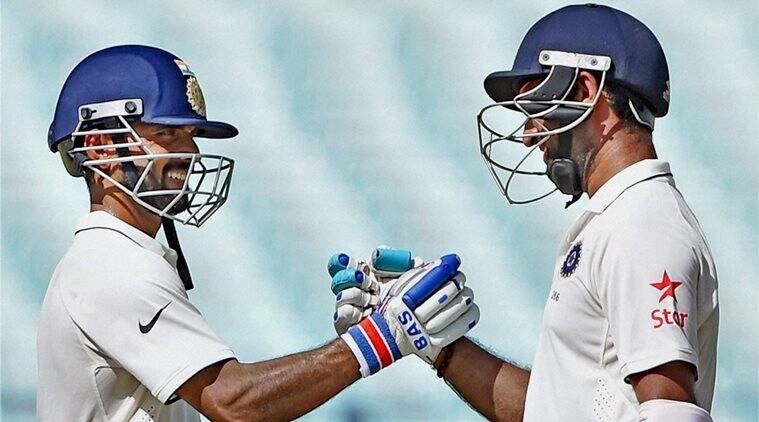 Here’s a tweet that went viral a couple of days ago: “How you wish your parents had supported you the way the BCCI supports Pujara and Rahane.” In sports, just like in life, it is important to back honest people when they’re down, professionally and personally.

A good organisation with solid ethos will respect the contributions of its workers and acknowledge the sacrifices they have made along the way. Backing such workers when they have a bad day, or a week, or a month, is the way to show the organisation cares and respects their past record of excellence.

The tricky question is, when is the time to draw the line? When does the bosses’ solid backing of such individuals start to resemble a cosy club that denies promotion to others waiting in the wings? Is there such a thing called an ideal time to pull the plug – if it’s the right phrase here – on an employee who’s been underperforming for a while now? The Indian team head coach Rahul Dravid, the selectors and the BCCI will be grappling with these questions over Cheteshwar Pujara and Ajinkya Rahane.

There’s every chance the Test team’s Nos. 3 and 5 could still put in a match-winning or match-saving performance in the ongoing Test against South Africa, but the big picture story is that the extra-long rope given to the two struggling batsmen has begun to ruffle a few feathers.

I can’t think of any other player in the history of Indian cricket who has been backed so staunchly for such a long time by the team management and the selectors, as Pujara and Rahane have been. Ironically, both these players had been subjected to unfair team selection and found themselves out of the playing XI in their younger days. Sure, there’s every chance in the world that both Pujara and Rahane will score big runs in the second innings of the ongoing Test, or maybe the next Test if they are retained. But the conversation is not about runs alone.

The question doing the rounds is, will a Mayank Agarwal or a Shreyas Iyer or a Hanuma Vihari be given a similarly long rope when they fail? The way the system has backed Pujara and Rahane, will every player be treated like this? Will all Indian players be given such an extended run in international cricket? These conversations become further complicated when the third pillar of that Indian middle-order comes into the picture, which is the captain, Virat Kohli.

The champion who once made international hundreds for breakfast is in the news for his alleged pangas with BCCI president Sourav Ganguly, Rohit Sharma, and most of the world. Kohli hasn’t been struggling with the bat as badly as Pujara and Rahane have, but he hasn’t been at his best either. The centuries have dried up, and it is a tribute to Rishabh Pant’s rise with the bat, the runs scored by the lower order, and India’s bowling led by Jasprit Bumrah and R Ashwin that India are doing so well in Test cricket despite minimal contribution from their Nos. 3, 4 and 5 batters.

A lot of credit for India’s Test success must go to the bowlers and to former coaches Ravi Shastri and Bharat Arun, who realised that fast bowling would win Test matches overseas. Bumrah & Co. are ably supported by the brilliant spinners Ashwin and Ravindra Jadeja, with the latter also arguably the best outfielder in the world at the moment.

The bowling brilliance has more than covered up for the batting frailties, as was evident during the successful tours to Australia and England. So, coming back to Pujara and Rahane, one can assume that the two senior men, already in the winter of their illustrious careers, are walking on thin ice.

Assuming that they are not dropped for the third Test in Cape Town, they have three innings to turn things around. In Pujara’s case, he looks uncomfortable at the crease.

The Indian team management and the selectors have put themselves into a tricky position because Pujara and Rahane are likely to be an aberration as far as backing a player goes.

By all accounts, Virat Kohli is a strong character. And he will need every ounce of that inner strength to come out of the situation he finds himself in. It is never easy to live in Covid-induced bubbles for such long periods of time. Nonstop cricket will take its toll, as Kohli realises with his back problem that forced him to miss the ongoing Test. He has a very obvious batting weakness that bowlers look to exploit relentlessly. It will be interesting to see how he combines with Rahul Dravid to overcome it.