Why Yogi Adityanath is in no imminent danger of having to renounce his position, Ashutosh explains

In terms of popularity as a campaigner, Yogi Adityanath ranks second only to Modi. Therefore, it was intriguing to see the RSS second-in-command, Dattatreya Hosabale and BJP General Secretary (organisation) B L Santosh, descend in UP to assess if it would be fruitful to continue with Yogi as CM or to remove him to salvage the party’s decline in the state
Ashutosh 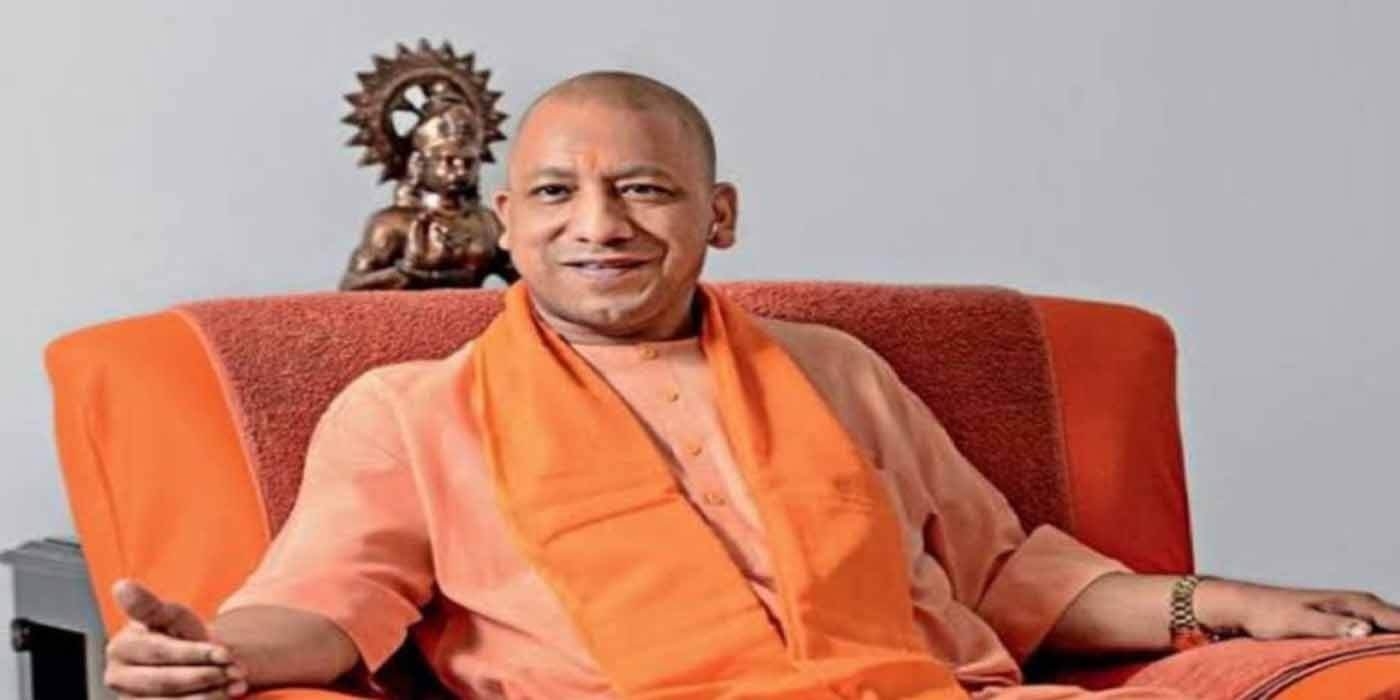 It can now safely be said that Yogi Adityanath will continue as the chief minister of UP. He will lead the party in the UP-assembly elections though the last few days have been very crucial for his political career. This is the Yogi Adityanath who was busy projecting himself, not only as a powerful leader in the state, but also as a potential successor to Modi till the corona crisis hit him. Among the BJP chief ministers, he is the only one who is invited as a star campaigner in every assembly election. He was seen seeking votes for the party even in non-Hindi speaking states like Kerala. In terms of popularity as a campaigner, he ranks second only to Modi.

Therefore, it was intriguing to see the RSS second-in-command, Dattatreya Hosabale and BJP General Secretary (organisation) B L Santosh, descend in UP to assess if it would be fruitful to continue with Yogi as CM or to remove him to salvage the party’s decline in the state.

In 2017, when he was anointed as the CM, even his hardcore supporters were taken by surprise. This was the election in which BJP had not projected any leader as a chief ministerial candidate. He was one of the star campaigners but there was no hint that the party would pick him for the top job. It was almost announced that Manoj Sinha, the present LG of Jammu and Kashmir and then a junior minister in the Modi cabinet, would be the next CM. But out of the blue, Yogi Adityanath’s name cropped up. It was said that the RSS prevailed upon Modi to make him the chief minister. It was also speculated that the RSS had a long-term plan for him. His name was a surprise because he did not belong to the RSS, like Modi, Amit Shah and other stalwarts of the BJP.

He became an MP from Gorakhpur at a very young age and subsequently, he was elected four more times on a BJP ticket, and yet, he was considered an outsider within the party and was better known as the religious head of the Gorakhpur Peeth. There is no denying the fact that he was always considered a Hindutva leader with a limited appeal among Hindus around Gorakhpur, in just a few districts. He was never constrained by the party discipline. He was more than happy running his own organisation called Hindu Yuva Vahini. But once he was appointed to the top job, he emerged as a strong Hindutva leader with a pan-India appeal. And sooner, rather than later, he was seen as an alternative to Modi who could take the RSS agenda to another level.

After becoming the chief minister, with lightning speed he banned illegal abattoirs and beef, constituted the anti-Romeo squads, brutally crushed the anti-CAA protests and subdued practitioners of Muslim politics. Like Modi, he hired a global company to boost his image nationally, as well as internationally. His team placed featured articles in the Time magazine and in other global publications. Ambitious leaders who could challenge him in the future were totally sidelined. The message was simple - Yogi was the party and the government in the largest state.

Everything was going well for him till the farmers’ agitation hit western UP. His problem was further compounded by the second wave of coronavirus, though neither of the issues were of his making. Farmers were angry with the Modi government, but Yogi Adityanath had to bear the brunt. Similarly, the Modi government failed to assess the severity of the pandemic and could not alert state governments to prepare health infrastructure. But Yogi can’t escape the blame since on both the issues; owing to his government’s over-dependence on a few chosen bureaucrats, he seemed to be miserably at a loss to deal with the situation. If his high-handed style of governance while dealing with the farmers proved counter-productive, then corona totally exposed his administrative incapability.

The thousands of floating dead bodies in the Ganga will haunt him for a long time. Instead of seeking forgiveness from the grieving families, his administration was busy putting out false stories that Hindus do float their dead in the rivers. With the help of his friends in the media he is now cooking another false narrative that his handling of the pandemic was far better than other states. But the reality on the ground is very different.

Today, the BJP and Yogi are on a very sticky wicket and elections are a few months away. The question now is can he win elections for the BJP? The roar from Lucknow is loud and clear. He is no longer the leader he was thought to be; he can’t say with confidence that under his leadership, the BJP will form the government again. People are angry with him; this will prove very costly to the party. It was the context in which the RSS and BJP were forced to assess the ground reality in UP. Now, it can be asked that if he may prove to be a liability in the elections then why is the Sangh Parivar not willing to change him?

Firstly, the BJP is not sure if any other leader will be able to deliver. Yogi, following in Modi’s footsteps, has diminished every leader of substance within the party. Keshav Prasad Maurya, under whose leadership the BJP fought assembly elections in 2017, who then was a strong contender for the office of the chief minister, is today a disillusioned man, despite being the deputy chief minister. He has been totally sidelined. Other leaders are too small to run a state like UP.

Secondly, Yogi is not a disciplined soldier of the party who will gladly accept the party’s dictates. The Sangh Parivar is apprehensive that if he is removed, he might revolt like Kalyan Singh, Yediyurappa, Uma Bharti and Keshubhai Patel did in the past. He might revive his own organisation, the Hindu Yuva Vahini. That will cause more damage to the party.

Thirdly, the saffron-clad chief minister has assiduously cultivated himself as a big Hindutva leader. Within a section of the ‘Hindutva’ fold he is seen as a future Prime Minister. His credentials as a Hindutva leader are much better than any other leader in the Sangh Parivar, except those of Modi. No other BJP chief minister can match his Hindutva rhetoric and demagoguery. In fact, senior leaders like Shivraj Singh Chauhan are feeling so insecure that in his fourth term as CM, Chauhan is trying to emulate Yogi. His exit will surely disappoint the core Hindutva voters.

Fourthly, history also favours Yogi. In the past, whenever a chief minister has been changed in an election year, the BJP has performed poorly. In Delhi, Sahib Singh Verma was replaced by Sushma Swaraj but the party lost badly and since then, has not been able to regain its ground. In UP, long ago, Rajnath Singh who replaced Ram Prakash Gupta, could not deliver the state to the BJP. The BJP remained in the wilderness in the state till Modi’s emergence in 2014. The same was repeated in Karnataka and Uttarakhand. Modi could win Gujarat, but credit should be given to the 2002 riots.

Fifthly, the most recent example is that of Uttarakhand. Trivendra Singh Rawat was replaced by Tirath Singh Rawat. The new chief minister could neither galvanise the government nor could he energise the cadre. The situation there has since become worse.

Sixthly, for some strange reasons, Modi, like Atal and Advani, is not known to lock horns with strong state leaders. Modi does not have a good equation with Vasundhara Raje Scindia but he could not neutralise her. Similarly, he wants Yediyurappa to be replaced by a younger leader but Yediyurappa has refused to oblige him. In MP, after the demise of the Kamal Nath government, Modi could not choose anyone other than Shivraj Singh. Atal and Advani could do that. Kalyan Singh, Uma Bharti, Yediyurappa and Madan Lal Khurana are some examples.

Many years ago, Modi had anxiously waited to be removed in Ahmedabad. But the situation unfolded in such a way that not only did he survive the crisis but flourished and flourished and the journey is still on. Who knows what is in store for Yogi in the future, but he can pick out a few pages from history and rejoice.


The writer is an author and Editor, satyahindi.com