Why judgments must be succinct, pithy & cogent 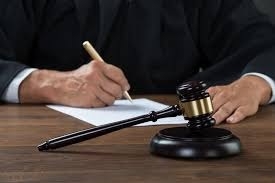 Judges and journalists both seek the truth. The former, through a long-winded process of evaluating evidence which they themselves decide to accept or reject while the latter seek the truth through informal ways, such as speaking to witnesses who have not been administered the oath. This is why judgments have to be succinct, pithy and cogent, like analyses on the edit page of newspapers. But tragically, the converse is true.

Judges never write judgments. They dictate them to their stenographers who transcribe them in shorthand in the courts or directly on the computer before a printout is given to the judge for editing. However, in the Supreme Court and most of the 25 high courts, most judgments are replete with long-winded sentences which are verbose, repetitive and couched in jargon which could have been simplified. This tendency obscures the truth and plays into the hands of clever lawyers, who may quote some paragraphs to buttress their points while the crucial ratio decidendi or vital reasoning of the judge may not favour the lawyer who is quoting the judgment.

Judgments must be clear and decisive and free from ambiguity, and should not generate further litigation, according to the 230th report of the Law Commission of India submitted by the late Justice A R Lakshmanan in August 2009. But, in fact, the opposite is true because judges who attempt to display pedantry and erudition, unnecessarily quote from Shakespeare, William Wordsworth, Kalidasa and drag in Sanskrit shlokas to buttress their point. The result is unending litigation with semantics and clichés replacing plain English to confuse and obfuscate the litigant, who has to pay hefty fees for his lawyer to simplify what has been obfuscated.

While judgments in the United Kingdom seldom exceed 50 pages, the Indian Supreme Court delivers judgments which exceed 500 pages. The Supreme Court took nearly 500 pages to decriminalise homosexuality in the Section 377 verdict of 2018 simply because the judges unnecessarily quoted heavily from Shakespeare, John Stuart Mill, Wilde and Goethe among other writers and philosophers.

The Asian Journal of Legal Education (December 19, 2017) observed that India was experiencing a docket explosion of huge arrears of pending cases for the last 70 years, with more than 22 million cases pending in various courts across the country. These pending cases crippled the efficient working of the judiciary and adversely affected the right of the citizens to timely delivery of justice, it said.

However, the various government and judicial reports, starting from the Arrears Committee Report of 1949 to the Supreme Court Report on Access to Justice did not elaborate on the use of bombastic legal terminology. These judges injected sonnets from Shakespeare and Wordsworth, with shlokas from Kalidasa and the Upanishads thrown in for good measure, instead of explaining why they decided what they decided simply, cogently and succinctly which is what these judges are paid Rs 2,50,000 per month to do - apart from other benefits like paid vacations with their families every year anywhere within India.

This is an extract from a judgment of the Himachal Pradesh high court pertaining to an eviction suit filed by a landlord against his tenant in 2016: “Even if assumingly no efficacious evidence nor any evidence of cogent worth may stand adduced qua the defendants raising any obstruction upon the suit land yet the decree of permanent prohibitory injunction de hors any obstructive act done by the defendants during the pendency of the suit before the learned trial court or during the pendency of the appeal before the first appellate court also de hors no scribed relief in consonance therewith standings prayed for by the plaintiffs would not estop this court to permit the executing court to carry the mandate of the conclusively recorded decree of permanent prohibitory injunction pronounced qua the suit land would beget consummation besides would obviate its frustration.”

The aggrieved landlord, perhaps outraged by the language used in this judgment, appealed to the Supreme Court where two judges confessed: “It is not possible to comprehend the contents of the impugned order passed by the High Court,” thereby adding to the woes of the outraged landlord who may have rued the day he decided to file an eviction suit. Be that as it may, Justice Ruma Pal of the Supreme Court also confessed in her report that Supreme Court judges deliver judgments which are “prolix” (long-winded), repetitive and verbose making it an assault on the hapless senses of the litigant to decipher the reasoning of the judge.

This is why the Supreme Court has issued a notice to the department of justice after a doctor-turned lawyer Subhash Vijayan filed a PIL seeking that plain language should be used by judges and lawyers. The PIL says the department of justice should issue guides and handbooks in plain English and vernacular languages, explaining the law and procedure for vindication of rights and redressal of grievances under the law.

Vijayan has pointed out the writing of most lawyers is wordy, unclear, pompous and dull, as they use eight words instead of two to say something. “We use arcane phrases to express common ideas. Seeking to be precise, we become redundant. Seeking to be cautious, we become verbose. Our writing is teemed (sic) with legal jargon and legalese. And the story goes on,” states this PIL.

Perhaps Vijayan could practise what he preaches. Sale deeds are full of phrases which sound nonsensical because they were coined 200 years ago in England, which introduced obsolete notions of what is a simple sale of land by injecting phrases such as a “habendum” clause when simple English means the right to have, hold and possess the land. Many countries mandate the use of simple language to ensure citizens’ access to government service.

The 45th CJI Dipak Misra, who quoted from William Shakespeare to use 200-word-unbroken sentences, often succeeded in confusing the lawyer and litigant. Shakespeare never wrote on consensual gay sex, though CJI Misra dragged the bard into his concurring judgment with Justice A M Khanwilkar, legalising sex between concurring gay adults.

Misplaced erudition can confound the people because judges confuse poetry with justice and truth with verbosity.

The writer holds a PhD in law and is a senior journalist-cum-lawyer of the Bombay high court.