Why invite a troublemaker? 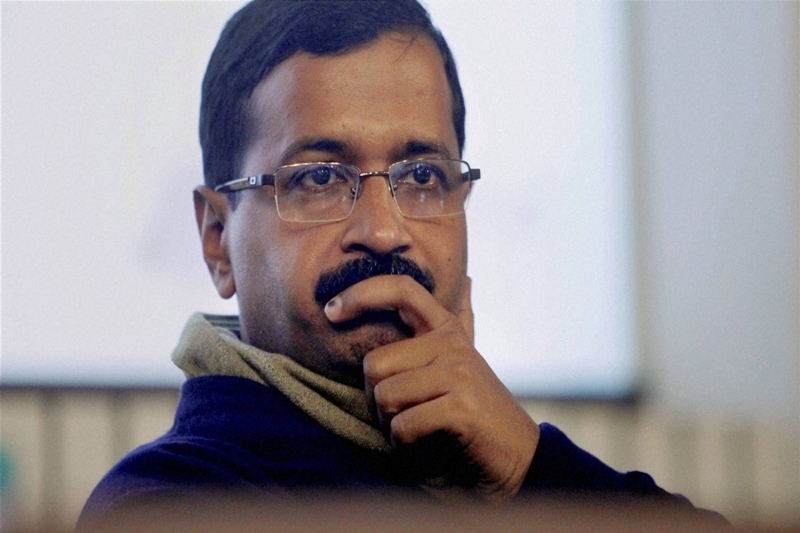 If you know someone is habitually used to creating trouble, he is a threat to orderly conduct of official business, why would you be keen to have him as a guest, especially when there is no legal or official obligation? We ask these questions in view of a needless controversy over the lack of an invite to the Delhi Chief Minister Arvind Kejriwal for the inauguration of the Delhi Metro’s Magenta Line from NOIDA in UP to Kalkaji Mandir in south Delhi by the prime minister on Monday in the presence of the State Governor Ram Naik and UP Chief Minister Yogi Aditya Nath.

The leaders of the AAP Delhi Government have been crying themselves hoarse about the denial of an invite to Kejriwal. Given that the inaugural event took place in NOIDA, which is in UP, and the VVIPs boarded the spanking new train at the Botanical Garden station and got off at the Okhla Bird Sanctuary station, the opening ceremony assiduously avoided Delhi. Both these stations, too, are in NOIDA. So, where is the need to cry insult to Delhiites when officially the prime minister, the UP chief minister and others did not touch upon the territory under the Government of Delhi? We will tell you where, though. Unable to deliver on any of their high-fluting promises, the AAP hypocrites were quick to play victim early upon their stupendous win by exploiting Anna Hazare’s anti-corruption campaign.

Now, the AAP itself is mired deep in corruption and factionalism. To argue that the Delhi Metro Rail Corporation hosted the event is to stretch the truth. The event was organised by the NOIDA Authority which is under the administrative control of the UP Government. Since the new line would also feed metro traffic from NOIDA to Faridabad and back, by the AAP logic the Haryana Chief Minister Manohar Lal Khattar too ought to have been invited. He was not. Kejriwal would be well advised to improve his act rather than continue with his trade-mark policy of finger-pointing and blame-shifting. Already, aside from the few who are still enamored of AAP due to cheap populism of willful reductions in the rates of electricity and water, most people have lost faith in the party.

Indeed, the most likely reason for keeping Kejriwal away from Monday’s inaugural function of the Magenta Line might have been his gimmicky insistence on the roll back of fares. No mass transit system can be expected to provide first-class service to commuters and stay ship-shape to meet the growing demand for its services without it meeting its operational costs. The recent fare increase was not arbitrary. Under a well-established process, a representative body of all the stakeholders involved had recommended the fare increase. Playing cheap politics, Kejriwal wrote to the new Union Minister for Housing and Urban Affairs Hardeep Singh Puri, demanding status quo on fares. Declining to stay the decision of the expert body, which after minutely considering the finances of the Delhi Metro had recommended the fare hike, Puri, however, offered to hold back the increase if the Delhi Government agreed to meet the expected shortfall in revenues from passenger fares. There was stony silence from the Delhi Government.

The point is simple. The country’s most popular and efficient mass rapid transit network will fall to pieces if someone like Kejriwal was allowed to have a complete sway over it. The Delhi chief minister knows only how to hoodwink people at the cost of the public exchequer. He goes to Bhopal and seeks support, citing that in case Madhya Pradesh elected AAP he would reduce ‘bijli-paani’ rates to half or even less. Politics of crude and costly populism, in fact, turned downright obscene the other day when the Delhi Government announced that it would provide free electricity and/or at a huge concessional rate to the lawyers’ chambers in Patiala House, which houses the local court complex.

Now, why would lawyers, who as a profession are probably the single-most wealthy group, need subsidised power is beyond our comprehension. But then from someone, whose entire politics has been limited to promising free-this and free-that to buy votes for his party at the cost of the public purse, nothing constructive or progressive can be expected. The AAP is a bunch of hypocrite self-seekers who are thriving under the same flawed and corrupt system abusing which they had ridden to power. Instead of ridding the system of its shortcomings, inbuilt infirmities etc, AAP has only further inflicted damage on the system. No wonder they terribly failed outside of Delhi, which was the immediate catchment area of the Anna Hazare movement.