Who is a voter, pray tell us?

The crushing effect of migrants on the electorate
RN Bhaskar 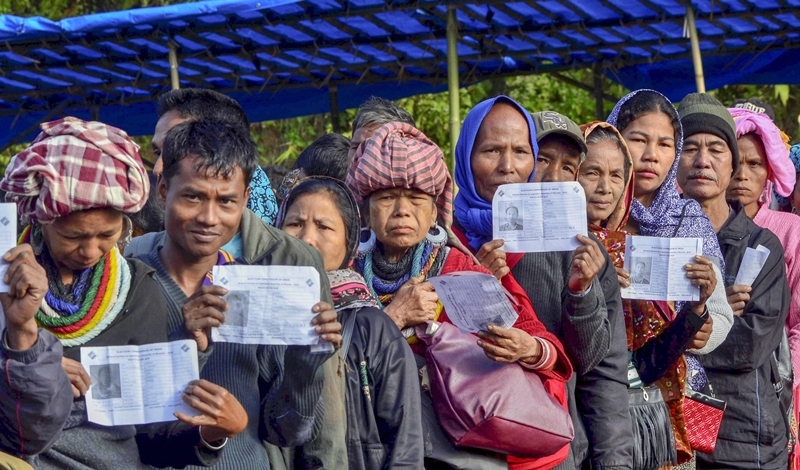 Battle-lines are drawn between those who object to the Citizenship Amendment Act (CAA) and those who support it. The roots of the CAA lie in the Assam Accord, which was signed in 1985 . The government agreed to set up the National Register of Citizenship (NRC) and weed out foreigners. The cut-off year was 1971.

Government spokesmen claim that the amendment became necessary to protect non-Muslim minorities – essentially Hindus – from neighbouring countries. This is perhaps the first time that the Indian Constitution is being amended making religion the criterion for application of citizenship laws.

But how does one determine who is a Hindu? Hinduism allows for no organised data to track its followers. So, any ‘foreigner’ who changes his name to Sunil, is willing to chant “Jai Shri Ram” and claims to be a Hindu can be fast-tracked into citizenship. Terrorists too can use this method. Will this not result in the worst type of security risk and votebank building?

That makes one suspect that the CAA was rushed through Parliament to encourage votebank building. This is not something new in India. Legislators have constantly created laws to legalise (illegally created) votebanks. The creation of slums in cities is a good example.

During the decade (2001 and 2011) India’s population grew by 17 .6%. Yet slum population grew by 25.1%. One explanation is that people come to cities to look for jobs. But so do people like me. So does a Bihari who agrees to share a room with five other people and thus manages rental costs. City population should grow in sync with slum population; yet in city after city, slums have grown faster. Evidently, someone has been incentivising people to stay in slums.

Then observe how slum households grew by an astonishing 37.1%. And then the penny drops. All incentives are given to households. Each household gets some 200 units of subsidised power; subsidised gas connection; even a free house – which in Mumbai started as a 300 square feet house, but is today being increased to 500 square feet. According to the records of the Slum Rehabilitation Authority ((SRA) slum cluster list of 2015, upto 35,67,12,299 square feet of property went to slum dwellers free of cost. Assuming a notional value of Rs 1,000 per square foot, that means an additional tax of Rs 35,671 crore on tax payers. This is the least money that the state would have got. Now it will raise this amount through additional taxes.

Then look at the size of households in metro slums. It has slumped to 0.5 persons per household compared to the national average of 5. This means that each person, on an average, belongs to two families, to swell the number of households. Taxpayers thus pay ten times the amount for these entitlements (5 divided by 0.5).

As with the highly divisive CAA, legislators have bent laws time and again to make a mockery of democracy and voting. Sadly, the election commission has kept silent, and so have the courts. They were swayed by appeals to human sentiment, and not by the consequences to the very fabric of democracy.

Consider a situation where 500 people in a community of 2,000 have always managed to get their representative elected during local elections. Then comes a strongman and settles 2,000 people (illegally) next to their houses and gives them voting rights. Suddenly, the 500 people get marginalised.

The newly elected representative will be the one picked up by the illegal settlers, not legal residents. It is akin to stuffing fake ballot papers in election boxes. It just cannot be allowed.

The courts will have to decide on who should be allowed to vote. Migrants are useful. They are better workers than local people, anywhere in the world. They are economic assets. But they also disrupt demographic patterns.

Maybe, it is time to give them work permits, which gives them the legal right to stay, without giving them the right to vote . The Middle East does this quite well. All Indians there respect this law. Indian illegal migrants can vote of course, but only where they have legal residences. Else, the affordable housing scheme will not reduce slums, because the incentives for slum dwellers are huge.

Both illegal migrants – Indian and foreign – destroy the sanctity of democracy; and marginalise the voting rights of legal residents of an area. Both cannot be allowed to vote illegally. 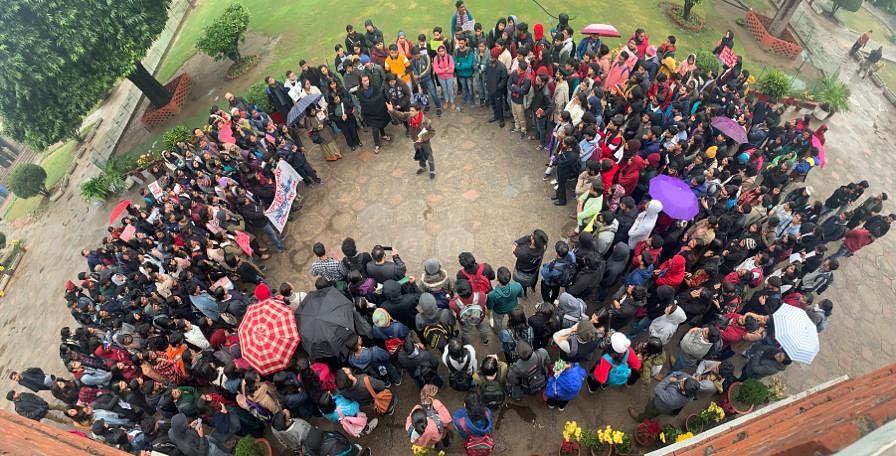