We admit nothing because we are Pakistan 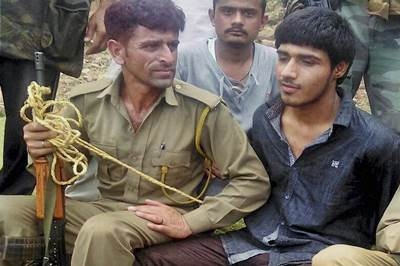 We do not have an iota of doubt that Pakistan will not admit that the terrorist fortuitously captured alive in Udhampur on Wednesday is her national. Produce all the evidence in the world that you will, but the ISS-Army cabal that actually calls the shots in Islamabad would still disown the young lad barely out of his teens who had been sent, according to his own admission, to ‘Kill Hindus’. Since the Indian State keeps religion completely out of State policy, there is no knowing the faith of the two BSF personnel killed by the captured terrorist and his accomplice. The accomplice was killed in the retaliatory fire by the BSF, while he escaped and held a couple of villagers hostage at gunpoint.

Once the BSF patrol came looking, the second terrorist sought to engage them when he was overpowered by the hostages. Television pictures suggested as if he was on drugs, or, this could be the insouciance of youth. Either way, he could not be making up all the things he revealed about his mission, his training, his address in Faisalabad and, of course, the name of the militant who was killed in the encounter with the police. Faisalabad is a traditional recruiting ground of the Lashkar-e-Taiba to which the two terrorists belonged. Four of them reportedly infiltrated into India a week ago. The J and K police were looking for the missing two who were still at large. This was the first terror attack in Udhampur in a decade. Last week, the terrorists had struck in Gurdaspur.

The intelligence agencies would surely wonder why the ISI is trying to expand its terror footprint outside of the Kashmir Valley. Is it the frustration that the jehadis have got nowhere carrying out their deadly mission in Kashmir? Or it is desperation that seeks to widen the conflict so that New Delhi feels obliged to respond in some way. Whatever it is, the capture of the Pakistani militant alive on Wednesday is bound to cast a shadow on the forthcoming talks between the national security advisers of the two countries in New Delhi later this month. It cannot be certain if these talks would make any progress, given Pakistan’s shame-faced refusal to own up the captured militant. Whether the talks should still be held following the Udhampur and Gurdaspur attacks is a question on which the opinion is divided. We think the NSA should go ahead and do some plain- speaking. However, should the Pakistani NSA refuse to provide cogent answers to the clinching evidence about their perfidy, he should have no hesitation in packing him off back to Islamabad.

There is no need to be good-natured about such deathly business. If Pakistan is bent on inflicting death and mayhem on innocent Indian citizens, it will be foolish on the part of New Delhi to keep Islamabad engaged in what is bound to be a stillborn negotiating process. We are not asking for preconditions for talks. But without a minimum amount of sincerity and good intentions, such engagements are a complete waste of time. Indeed, the candid confession of a former director general of Pakistan’s Federal Investigation Agency that his nation was the sponsor of the 26/11 Mumbai terror attack leaves no scope for Islamabad and the Rawalpindi GHQ to hide its shame. In an article in the Pakistani daily, Dawn, Khosa, who retired seven years ago, has cited clinching evidence to ascertain that the 26/11 was Pakistan’s handiwork. He wrote that ‘Pakistan has to deal with the Mumbai mayhem, planned and launched from its soil’.

Of course, Khosa is being naïve. Who knows better than him that it is not in Pakistan’s DNA to make a clean breast of its barbaric crimes. Hadn’t it sacked its national security adviser who had only obliquely admitted that Ajmal Kasab was a Pakistani national? Because Pakistan has embraced terrorism as one of the key tools of State policy, it has ended up being torn down bit by bit by its own home-grown jihadis. Those who live by fire, they say, are destined to be consumed by fire. India has done very well despite the export of terror from its viscerally hostile western neighbour. Even though it needs to augment vastly its intelligence and anti-terror systems, it is set to progress notwithstanding the evil Pakistani designs. It is Pakistan which should be alarmed about its own survival, especially if it continues to delude itself with good and bad terrorists. Terrorists are evil whether they kill schoolchildren in Peshawar, Pakistan, or kill innocent Indians in Udhampur or Gurdaspur. Until Pakistan eliminates all kinds of terrorists on its soil, its own integrity as a sovereign nation would remain in jeopardy. The uniformed brawns in the Rawalpindi GHQ need a modicum of basic intelligence to understand the dangers that lurk under their very noses for their troubled country.