Vir Das’s ‘I come from two Indias’ went viral because only comedians are telling the truth about India these days, writes Anil Singh 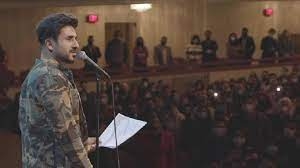 Just as truth can be stranger than fiction, the best joke sometimes can be the plain truth. This was the ploy of stand-up comedian Vir Das at the Kennedy Center in Washington DC recently. His six-minute satire, ‘I come from two Indias’, exposing our contradictions and cant, was a middling performance.

That it became viral is thanks to the fact that comedians are the only ones telling the truth about India these days. However, it offended another set of people, mostly Modi fans, who felt that Das had insulted India, shattering the impression – created by the soaring popularity of stand-up comedy – that we are a society that appreciates humour and can laugh at ourselves. Two Indias, truly.

Now, one has to understand the chronology here. First, the government went after the liberals, calling them ‘libtards’, then academics were branded as antinationals; next, journalists were derided as ‘presstitutes’, later activists were mocked as ‘andolan jeevis’ and finally, it has come down to comedians. Even Kangana Ranaut who’s calling the Father of the Nation M K Gandhi a ‘feku’ and terming India’s freedom struggle ‘bheekh’, accuses Vir Das of ‘soft terrorism’.

If the comedian returns to India, he could well be arrested for sedition or terrorism and find himself sharing a cell with dissenter Gautam Navlakha, Professor Anand Teltumbde, accused of being urban Naxals or journalist Siddique Kappan, accused of being an Islamic terrorist, all of whom have been languishing in jail for years without a trial.

Lest you think this is a joke, listen to what National Security Adviser Ajit Doval had to say at the passing out parade of the Sardar Vallabhbhai Patel National Police Academy in Hyderabad last week: Civil society is the new frontier of war and can be subverted to harm the nation. “It is civil society that can be subverted… that can be divided, that can be manipulated to hurt the interest of a nation. You are there to see that they stand fully protected. Police officers, therefore, are not only involved in nation-building but national security.”

Why truth is stranger than fiction

It is hard to believe that this was said in the world’s largest democracy and not in a totalitarian state like China. Orwell couldn’t have done better. That’s why Mark Twain said: “Truth is stranger than fiction, but it is because fiction is obliged to stick to possibilities; truth isn’t.”

Aruna Roy, the woman behind the Right to Information, who joined the IAS the same year Doval joined the IPS, said that Doval neither bothered to define the civil society he wants his officers to be at war with, nor explained what gave him the authority to declare a “fourth-generation war” on our own people. “He should explain himself more, but it is a theory that legitimises efforts of the political executive and the private sector as nation-building; and paints opposition or adversarial advocacy by organised citizens’ groups (civil society) as undermining development and nationalism.”

Roy opined that the NSA clearly wants to short-circuit the democratic, social and development safeguards in the Constitution. Now, this is just a verbose way of saying what Vir Das said: “I come from an India which has the largest working population under 30 on this planet but still listens to 75-year-old leaders with 150-year-old ideas.”

Actually, Doval need not have spelt out the danger to the nation and where it comes from. The Indian police can read its master’s mind. So it is that stand-up comedian Munawar Faruqui was arrested even before he could utter a word. So it is that he cannot perform anywhere, including Goa and Mumbai. So it is that Kunal Kamra is hauled up for contempt of court. So it is that Star Plus refused to air Shyam Rangeela’s mimcry of the PM. So it is that cartoonist Aseem Trivedi was arrested for sedition.

The people who are really insulting India are the likes of Anurag Thakur who raised hate slogans such as, ‘Desh ke gaddaron ko, goli maaro saalon ko’ at his election rally. Thakur was not only elected, he was made Minister of Sports, Youth Affairs and Minister of Information and Broadcasting in the Union cabinet. Indeed, there are two Indias as netizens pointed out: one for Stan Swamy, one for Kapil Mishra, one for Siddique Kappan, one for Arnab Goswami, one for Rhea, one for Kangana, one for Akshay Kumar, one for Sonu Sood.

We should feel offended when the government says that the mass migration of workers from cities to villages never happened, we should feel offended when the government says that there was no shortage of oxygen in hospitals, we should feel offended when the government denies corona deaths when corpses float down the Ganga, when demonetisation has not achieved a single target in five years, when a Dalit girl’s rape and murder in Hathras is covered up by the state, when a cabinet minister’s son runs his jeep over protesting farmers and the Supreme Court has to prod the state into action, when the SC has to save lawyers and journalists booked under the draconian anti-terror law for reporting about communal riots instigated by the state, when unparliamentary language is used in Parliament, when women Parliamentarians are roughed up in Parliament, when elected representatives watch porn in the House…

Instead, we turn on humorists, satirists and cartoonists who prick the vanity of autocrats, who mock pompous authority, who strike a blow for the voiceless, who restore sanity. Forget humour, we have a highly developed sense of rumour; we lap up everything that the BJP’s IT cell dishes out, even if it slanders the founding fathers of the nation.

The writer is an independent journalist based in Mumbai. He has reported on civil society, law-enforcement, environment and urban development with a pronounced anti-establishment stance for more than three decades and has been associated with national publications such as The Times of India, The Indian Post and the Free Press Journal. He tweets @anilsingh703.