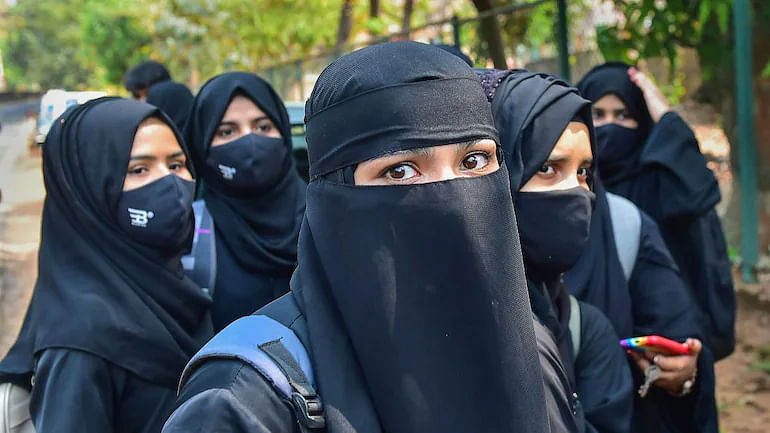 Much is being written by serious commentators about the ongoing Hijab controversy. Insightful articles have highlighted various important intersections related to the issue, such as that between constitutional ideals and the law, and between minority rights and equity. Useful observations have been made about the intensifying marginalisation of India’s Muslims, and relentless drive to construct and consolidate a gullible, excitable majority, all set against a larger backdrop of growing widespread disempowerment. Instead of elaborating further on these important issues, as a Muslim and an advanced student of Islam, I will instead try to shed some light for the curious readers on three of the most important, yet neglected, ways in which Muslims themselves relate to Hijab.

At the outset, a clarification about the term “Hijab” is in order. It’s an Arabic word that means “covering” or “barrier”. It is not, as some have come to believe, the name of a specific item of clothing, even though this word may sometimes be used in this way.In Muslim culture, “Hijab” is often used to refer to the body of inter-related Islamic teachings that encourage all humans to cover their bodies in modesty, albeitindifferent ways that are tuned to the differences betweengenders and cultures. To practice Hijab is to follow these teachings.

With the establishment of the modern-traditional binary following the European Enlightenment, and in the context of modernity’s prescriptions about women’s clothing and behaviour, Hijab teachings, for women, in particular, have occasionally become a topic of debate, and in some cases, controversy too. Viewed through the coloured lens of modernity, a woman’s practice of hijab is at best a benign sign of quaint traditionalism, and at worst, an existential threat to humanity. Consequently, this article too will focus primarily on the hijab for women.

So how do Muslims themselves view Hijab? Though divided into several sects and schools of thought, there are several instances of belief and practice on which all Muslims hold unanimous opinions. Regardless of what a recent High Court judgment may have tried to argue, any serious student of Islam knows that as the Islamic Prayer and Fasting, Hijab too is one such instance. All Muslim jurists and sects hold that God expects a certain minimum practice of Hijab from believers; however, there are differences on what constitutes the minimum level.

In any case, as voluntary submission to God’s will is the essence of Islam, practicing Hijab givesMuslims the spiritual satisfaction of having submitted to whatthey believe is the will of God in the sphere of clothing too. Ultimately, this is the primary cause that motivates most Muslims to adopt and practice hijab in their lives, despite the inconvenience that doing so may sometimes entail. It is also useful to remember that practicing Hijab is only one part of a larger matrix of Islamic teachings that encourage modesty and propriety in the interaction between the sexes; for example, other teachings guide Muslim men and women on matters such as the appropriate use of cosmetics and even about appropriate conversationbetweenthe sexes.

By and large, Muslim women and men also believe that Hijab is beneficial for their individual and societal wellbeing. While they usually frame Hijab’s utility in terms of the protection it provides women from unwelcome male attention, upon further probing it frequently emerges that what hijabi women in fact mean is that with feel it provides them a degree of freedom and yes, empowerment too! Freedom from having to suffer the disconcerting male gaze, and from competing with other women in an unending and expensive beauty contest. They feel it empowers them to focus on their innate talents, to pursue higher academic and other personal goals, and affords them a better chance of being judged for what they are, and not on what they look like. For many hijabi women, their sense of self-worth is deeply tied to their practice of hijab.

This is why in many Muslim communities today, more than being a marker of adherence to inward looking traditionalism, the practice of hijab has emerged as a marker of confidence and agency, and of a willingness to engage with the world on one’s own terms.

It is becoming increasingly common to see young, educated Muslim girls from families without a strong Hijab culture, voluntarily adopting and practicing hijab. Awareness about this growing trend of hijabi confidence can help the reader understand the emergence of the assertive and articulate hijabi as the fulcrum of the anti-CAA movement and more recently, of pro-Hijab efforts. Needless to say, this growing trend has upended the stereotype of the meek and clueless Muslim damsel.

As anti-Muslim hostility intensifies in India, Hijab has now begun to acquire an additional, new meaning for India’s Muslims: that of a symbol of resistance. Faced with a majoritarian mobilization that seeks their complete cultural subjugation if not their physical elimination, it is only naturalthat symbols of Muslimness will be charged with new meaning as idioms of resistance.

This is similar to what many observers have noted about the changing role of Sikh symbols in the wake of the 1984 Sikh genocide. In this context, the recent events in Karnataka and the anti-Hijab discourse created around them nationally have only accelerated a trend that had already been set in some time ago; they have also increased the salience of hijab in this larger trend.

The writer is a Ph.D. student of Islamic Jurisprudence and Philosophy at the Al-Mustafa International University in Qom, Iran

Read Also
Exams have nothing to do with Hijab: SC on petition challenging Karnataka HC order 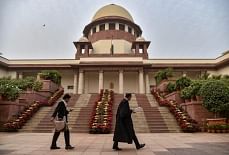