The Taliban can yet be persuaded that they need to steer clear of disruptive groups & neighbours, writes K C Singh

A statement from the Taliban, as regional national security advisers met in New Delhi, that it wants fruitful relations with India, needs to be tested
K C Singh 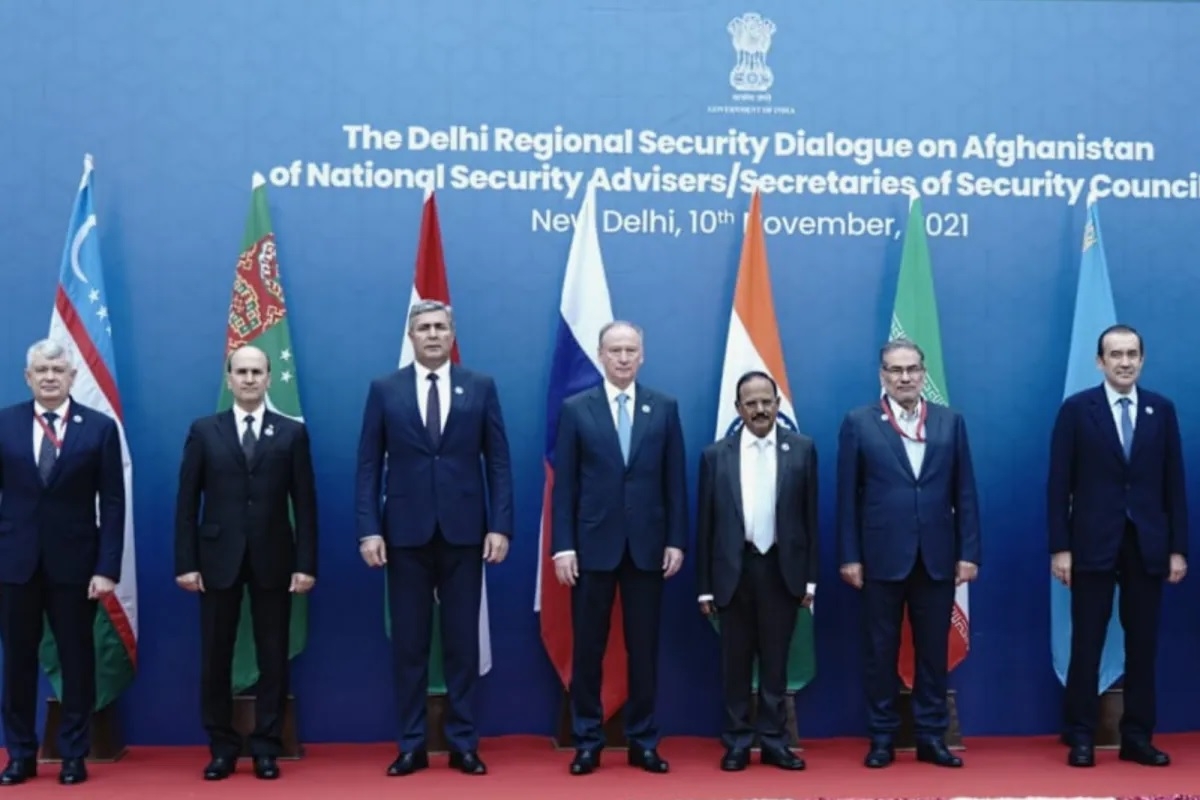 The third meeting of the national security advisers of the neighbours of Afghanistan was held in Delhi on November 10. That China excused itself pleading prior commitments and Pakistan blandly refused to attend took much of the punch out of the conclave. The Delhi Declaration issued by the gathering reiterates old fears and standard formulations of the international community. What then was the purpose and gains, if any?

With the BJP, a standard need is domestic politics. The crucial Uttar Pradesh election being four months away, burnishing Indian credentials as a bulwark against the perceived sponsors of terrorism was necessary. An attempt was made before the meeting to send grains overland via Pakistan for food-deficient Afghanistan. That was a ploy to show Pakistan’s hypocrisy as being worried more about getting the Taliban regime recognised rather than allowing humanitarian aid to get to suffering people.

The meeting also shrewdly portrayed Pakistan and China as working against regional consensus on at least four major concerns about Afghanistan: the absence of an inclusive government and the fair treatment of ethnic minorities; the curbing of drug trafficking; the ending of aid and abetment to terrorism and the need for Taliban to delink their recognition demand from allowing international humanitarian aid to flow unimpeded into Afghanistan.

That consensus was tenuous even on these general principles became clear when Russia issued its own statement, watering down even oblique criticism of the Taliban. Russia even appeared unwilling to commit to the next meeting of the group in 2022.

Clearly, all participants, while sharing these generally accepted concerns, also have their own specific geo-strategic interests. Take Iran and Tajikistan, for instance. The latter is a part of the Persian cultural footprint of Iran. In fact, during the 1990s, to counter the rise of the Taliban, India and Iran used Tajik territory and airfields to keep the late Ahmed Shah Massoud militarily supplied. That had allowed him to hold onto Panjshir Valley till the very end of the Taliban government in 2001.

Today, both those nations do not necessarily have identical interests. Iran has been hobnobbing with the Taliban since 2004 or so. They mainly want security for Afghanistan’s Shia Hazaras and a more inclusive government, so that the refugee influx into Iran stops.

Tajikistan, on the other hand, is more focused on treatment of the Tajiks, who are the second largest ethnic minority. The son of Ahmad Shah Massoud and other senior leaders, who do not yet accept the Taliban government, have taken refuge in Tajikistan.

Recently, Tajikistan allowed nearly 140 Afghan pilots and technicians, who had flown in their aircrafts to that country, to be taken to the UAE. This happened despite the Taliban wanting them and the aircraft to be repatriated. Although so far, no international support has been extended to the Tajik dissidents, the possibility remains open. It is possible that India would have discussed all these options with Tajikistan’s delegation.

Iran is a case apart from the Central Asian republics. Unlike in the 1990s, its main strategic concerns veer around restoration of its nuclear deal, which the former US president, Donald Trump, abandoned, and the acceptance of its enhanced role across the Shia crescent in West Asia, and perhaps Yemen. In bilateral meetings, Iran raised the under-utilisation of the Chabahar port.

India has been dragging its feet on closer engagement with Iran, mindful of the US’s objections. India merrily holding hands with Israel, the UAE and the US would have been noted in Teheran. Whatever way India markets this Quad II, the Iranians will see it as a group led by the US to contain Iranian influence in the Gulf and West Asia. Iran obviously realises that India’s abiding interests in Afghanistan will now force it to begin a more positive rebalancing of relations with Iran.

The Delhi meeting allowed India to reiterate the concerns that all neighbours, other than Pakistan and China, have. At another meeting the very next day in Pakistan of the Troika plus, which was attended by the US, Russia and China, Pakistan pushed for recognition of the Taliban without conditions. Iran had earlier hosted a regional meeting to discuss the same issues but without inviting India. The real problem is thus self-evident.

Pakistan has entrenched its influence in Kabul by ensuring that groups like the Haqqanis which are close to Pakistan, corner key ministries. It has managed to use that influence to obtain a ceasefire with the Tehrik-e-Taliban Pakistan (TTP), which has been targeting the Pakistani state. But can Pakistan continue to isolate Indian influence in Kabul? That would depend on whether a sufficient number of major powers recognise the Taliban government in coming weeks or months.

Alternatively, the Taliban may realise that being under Pakistani sponsorship is actually counterproductive, as it repels neighbours like India. A statement from the Taliban, as regional NSAs met in Delhi, that it wants fruitful relations with India, needs to be tested. Financial and diplomatic pressure may yet bring the Taliban to accept that it needs to clean up its act by distancing itself from disruptive groups and neighbours wanting to dominate policy-making in Kabul. For that, an inclusive government which respects the rights of women and minorities has to be the starting point. But so far, it appears to be a distant dream.