The inevitability of Trumpism

It was bound to happen. It was only a matter of time. And in some ways, the carefully worded expression of sadness by Pope Francis summed it up “There is always something wrong that isn’t working [with democracy in the US]”. 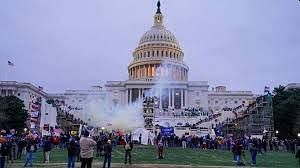 Many were left shocked, and disappointed. Even this author, who once championed the US as a protector of values. During the ‘seventies, the loss of lives compelled many to rally round the likes of Bob Dylan (Blowing’ in the wind) and Joan Baez (God’s on our side). But the siege on Capitol Hill showed how far the US had gone in degrading respect for human lives. Not just Donald Trump., but the whole of the US.

The siege could have been avoided, and the agonies of Black Lives Matter might not have taken place, if Americans had been taught that all lives matter, irrespective of colour, race, religion, or ideology. But the impunity with which the US refused to acknowledge the right of other lives – especially in the past few decades – is tragic. The US has been willing to break international law, even in defiance of the United Nations and other countries. It began championing the line “If you are not with us, you are against us”.

Consider the way Trump broke off the Nuclear Pact with Iran that had been carefully stitched together by the UN along with the EU and other major countries. Then think of the way sanctions were imposed on Iran, Russia, and others as well. The world tried to tell him that unilateral decisions are bad for global order, and for international justice. Trump just wouldn’t listen.

But he had excellent precedents before him.

Remember the invasion of Iraq that Harold Pinter called a “bandit act” in his Nobel award acceptance speech. In 2005, Pinter pointed out how “The United States now occupies 702 military installations throughout the world in 132 countries, with the honourable exception of Sweden, of course.”

He added that “The United States possesses 8,000 active and operational nuclear warheads. Two thousand are on hair trigger alert, ready to be launched with 15 minutes warning. It is developing new systems of nuclear force, known as bunker busters. . . . Who, I wonder, are they aiming at? Osama bin Laden? You? Me? Joe Dokes? China? Paris? Who knows.”

Go to the documentary of award winner John Pilger on The coming war on China.

He talks about how the new strategy of the US is now “perpetual war”. Even Barak Obama, the Nobel peace prize winner, and former president of the US, committed himself to trillions of dollars in maintaining its presence in the Asia Pacific as a top national priority (November 17, 2011).

Pilger talks about how incendiary the US has become in this world of shifting power and great danger. But Pilger also admires the human spirit. For him, the words “Never again” voiced after the Hiroshima and Nagasaki bombings have now begun to have a new meaning for all of us.

The Pilger documentary is about how the US has been provoking China, and not the other way round. He talks about how the US has taken control of the cluster of some 23 islands in the Pacific Ocean – officially known as the Republic of the Marshall Islands, with a population of just 60,000 people. It is an associate state of the US and has be4n the site for key nuclear bombing experiments. That bombing has left significant parts of the ocean contaminated with radioactivity, leaving the settlers of the island give birth to deformed babies.

The US would call this collateral damage, right? That was the phrase used to justify the use of depleted uranium against the population in Iraq. There too you have, once again, the spectacle of malformed babies. According to the Lancet, which conducted an exhaustive survey at that time, the US was responsible for the death of around 601,000 people (range of 426,369 to 793,663). This can be verified from the Washington Post report by David Brown on October 11,a 2006. The US disputes this figure but has refused to conduct a joint verification exercise.

The world was complicit in its silence when the US bombed Iraq – including libraries and museums that held the famous Sumerian and Mesopotamian clay tablets. The US railed against the desecration of the Bamiyan Buddhas but was unmoved by the destruction of even older relics of civilisation.

That is what compelled Harold Pinter to write “The invasion of Iraq was a bandit act, an act of blatant state terrorism, demonstrating absolute contempt for the concept of international law. The invasion was an arbitrary military action inspired by a series of lies upon lies and gross manipulation of the media and therefore of the public; an act intended to consolidate American military and economic control of the Middle East masquerading – as a last resort – all other justifications having failed to justify themselves – as liberation. A formidable assertion of military force responsible for the death and mutilation of thousands and thousands of innocent people.”

Nobody asked for the impeachment of George Bush. But why blame him? Look what his father did with the Iraq-Iran war. He was the US president then, and armed Saddam Hussain, and even nudged him to march against Iran. That war resulted in 500,000 deaths. But the father Bush had an even more compelling case of genocide before him – the Vietnam war. The U.S. military estimates that between 200,000 and 250,000 South Vietnamese soldiers died in the war (it could be more). Add to that another 58,200 of the US armed forces. This was one war where President Nixon (and later President Carter) declared a presidential pardon for all the participants in this war.

Just look at the way US presidential pardons have worked. If the US President pardoned all the surviving Vietnam war veterans and the government planners who monitored and executed the war, subsequent presidents have pardoned crooks, cheats, swindlers, and in the latest case, even those who lied to courts about the truth. The concept of a value system was thrown to the winds.

Trump was only extending a series of shameful acts by previous presidents. He too, like his predecessors was callous towards other people’s live (not just black lives). It has abetted and even participated murder, pillage, and total destruction. And he has shown no hesitation is tearing up international agreements as well.

Observe how many US senators are charged with being complicit in trafficking and even having sex with underage girls.

Jeffrey Epstein (who mysteriously died in prison on August 10, 2019) had a private plane, appropriately called ‘Lolita Express’ which flew down some of the most important senators in the US to his private island. On the plane invariably were young girls, some as old at 12 years. Yet, in spite of railing against the Democrats, Trump did not speak a word about Epstein or the ‘sexcapades’ of his fellow legislators. The senators were all collusive in their silence over corruption and sex. Much of this story has been skilfully narrated in the show 60 minutes by Simulation Series.

Even media was largely silent about this, except for a few bold voices. Mainstream media preferred to forget that trafficking of underage girls ever happened. But then media was always gullible. And at times it was totally fooled by the US PR machinery that invented stories to make them believe that the enemy was uncouth, without values, and even depraved.

Nothing proves this better than the story of Nayirah, the Kuwaiti princess who never existed (see pix). This was a devilish piece of disinformation created by the PR firm Hill + Knowlton (H+K). You can find the three minutes episode from timeline at 20:18.

It is an incredible story of how the US fabricated the persona of Nayirah, a Kuwaiti Princess, who went and cried before the US Congress and gave testimony along with an alleged gravedigger, that the Iraqis were responsible for the death of prematurely born babies in an incubation ward. Several years later a Canadian crew (not the US) went to interview Nayirah and found that there was no one by that name. 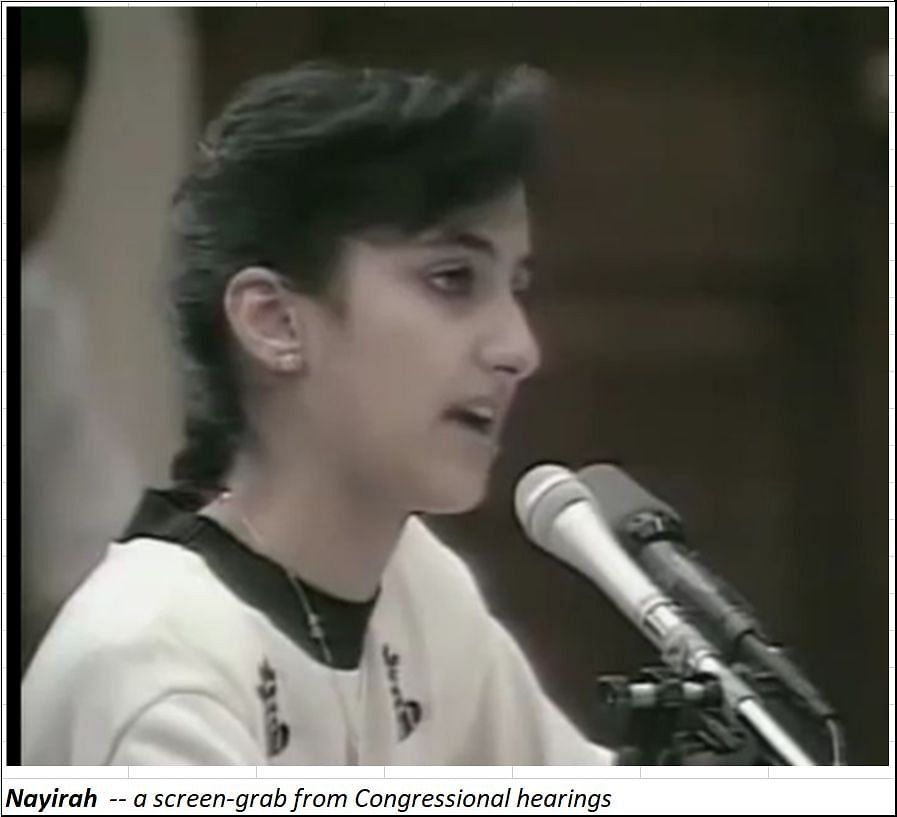 The girl who gave testimony before the US Congress was the daughter of the Iraqi ambassador to the US, trained to act, cry, and tell her story between sobs. Not a single US official was indicted (to the best of our knowledge) for the fabrication. Amnesty also apologised.

The US has become so adept at telling lies, that calling Trump a liar is the same story of a pot and a kettle. The US has excelled in disinformation and lying. The number of stories about the Chinese and the coronavirus that were floated and later debunked are just recent examples.

What Trump did that has scandalised US legislators is that instead of turning on to other people, he chose to turn on the Congress itself. For perhaps the first time in living memory, you had Congressmen and Congresswomen cowering under benches and then shepherded to a secure place.

Trump has taken the US disdain for life and values a step further.

Indirectly, he has told the entire world that it must stand up more vigorously against any type of unilateralism. That human lives do matter. That assassinating leaders, in any country, is a war crime, no matter what the justification. And that protecting children from harm and adults from lies are inalienable values that must be always respected.

That is why Trump will remain relevant to world history. Whether he gets impeached or not, or gets thrown out of presidency or not, he has actually turned the mirror on to the US congress itself.