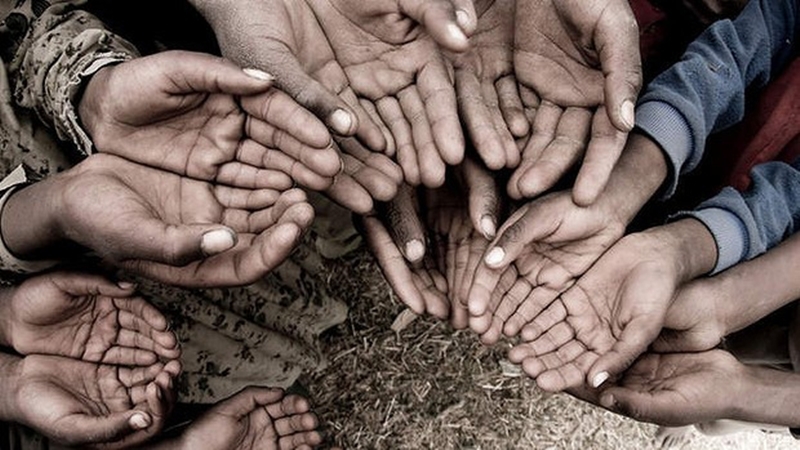 A recent report from the globally renowned Brookings Institution shows a dramatic reduction of poverty in India. As of May 2018, India has 73 million people living in extreme poverty, as against 87 million in Nigeria. For the first time, India does not house the maximum number of extremely poor people, despite its high population share. Not too long ago, more than 20 per cent of the world’s poor were living in India, as per international definitions. The total number of poor in the world in 2018 is estimated to be about 640 million, which means India now has roughly 11 per cent of the world’s poor. The definition of extreme poverty is the one used by the World Bank, which is — persons living on less than two dollars a day (actually 1.90 dollars, more precisely). This was the definition adopted in 2015, and the Sustainable Development Goal number one (SDG1) aims to reduce extreme poverty to zero by the year 2030.

Since India used to house the largest number of poor, the world efforts obviously paid special attention to India. But as the data shows, India’s dramatic poverty reduction has been a spectacular success, although not yet universally acclaimed. In about 10 to 12 years, India has reduced the number of absolute poor from 270 to 73 million. At this rate, by 2022, poverty, as defined thus, would have virtually vanished from India. This achievement is very impressive and puts India on par with its Asian peers. World Bank and UN data show that the poverty rate in Eastern and Southeastern Asia declined from 35 per cent in 1999 to 3 per cent in 2013. This not only includes the achievements of “tigers” like Malaysia and South Korea but of course the huge success of China. India’s rate of progress puts it in that same league. The reason India’s poverty reduction has come later than East Asia could be because India’s economic reforms started in 1991, thirteen years after China. There is no doubt that India’s reforms played a significant role in poverty reduction.

The title of this column is derived from a book published in 2005, whose editor was Angus Deaton, the winner of the Nobel Prize in Economics in 2015. That book contained scholarly articles which discussed and debated not just data and conclusions about India’s poverty, but also methodology and to what extent was policy successful. It can safely be said in 2018 that the debate at least on the progress in poverty reduction should now be declared as over. India has had a solid tradition in data collection and sample surveys. Indeed, the world’s first household level national sample surveys were conducted in India in the 1940s, under the leadership of P C Mahalanobis, and these were based on very robust statistical random sampling methodology. India’s pioneering efforts were later picked up by global organisations like the World Bank and others in their respective poverty studies and data collection. Over the years, however, there was increasing divergence between National Accounts Data (as published by Central Statistical Organisation) and the sample survey data (as published by the National Sample Survey Organisation, the NSSO). The latter was used for poverty estimates and showed consistently lower consumption spending (and hence also income) than that implied by national accounts of GDP, consumption and investment. This was the first reason for a fierce debate.

The national accounts camp believed that India’s poverty rate was being overstated simply because the survey data was not capturing full income. A second source of debate and controversy came from the reporting period. If the sample survey respondents were asked to recall what they ate/spent/consumed in the past seven days, they were likely to report higher spending (and hence lower poverty). If, however, they were asked to recall over 30 days, they tended to understate. So, the poverty rate in India was high or low depending on the recall period used in the survey. A third source of controversy was about the poverty line itself. It was defined in terms of a calorie intake norm, converted to rupees of respective items (like proteins, cereals, milk, meat etc). But what about adjusting to inflation? What about adjusting for regional variations in prices? What about imputing value (in rupees) of items consumed which were self-grown, and not purchased? This is not the place to recount the entire debate and controversy. But readers are encouraged to read Deaton’s book for an insightful, scholarly and yet delightful overview of the great poverty debates in India.

Poverty in India has fallen, and much more rapidly since 2004. It used to be that poverty was increasingly confined to rural areas, and within rural areas to those remaining in agricultural activities. Initiatives like the National Rural Employment Guarantee Act have provided some income, as proxy unemployment insurance, and have surely contributed to poverty reduction. The provision of infrastructure like rural roads, irrigation and forestry projects also aids poverty reduction indirectly. More recent initiatives like electronic national agricultural market, and minimum support price also provides income support and contributes to poverty reduction.

If poverty by World Bank definition has fallen, should we become complacent? Of course not, since two dollars a day of consumption can barely keep body and soul together. Hence, we need to define our own poverty line, which should be much higher. We also must take cognizance of a new phenomenon called urban poverty and squalor. For the new national poverty definition, we also need to include items like access to quality health care, drinking water, primary education and sanitation as minimum conditions to be declared as non-poor in India. The equally comprehensive National Family Health Surveys (NHFS, which is different from NSSO) can help us monitor progress on these new indicators of our well-being. Finally, as we make rapid progress on poverty reduction, we cannot ignore the still looming challenges of creating large scale jobs and livelihoods (through more economic reforms) and of reducing inequality. For now, let’s celebrate the success on fighting poverty.

The writer is an economist and Senior Fellow, Takshashila Institution. (Syndicate: The Billion Press)