The farmer checks in

Have the farm bills truly achieved the seminal breakthrough that the agricultural sector so desperately needed, given the heavy odds? The short answer is an explicit, surprising yes! Of course, as with everything in India, it boils down to implementation (we have the nightmarish instances of the NDA government’s demonetisation, GST, pandemic control to go by) 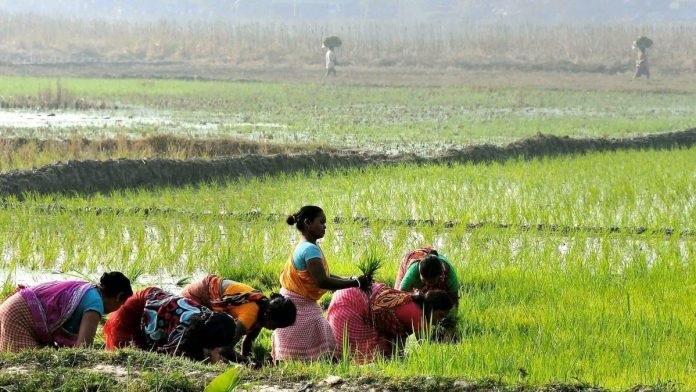 There has been a predictable hullabaloo following the PM Narendra Modi’s government’s multi-pronged farm reforms bills that replaced ordinances enacted during the draconian lockdown. Some hard data is germane to a dispassionate appraisal of the three Bills, The Farmers’ Trade and Produce (Promotion and Facilitation), The Farmers' (Empowerment and Protection) Agreement of Price Assurance and Farm Services, and the amendment to the Essential Commodities Act .

Seventy per cent of India lives in the rural backcountry , that is a mega-mighty 1,000 million people. Eighty-six per cent of our vast farming community are small and marginal farmers (owning less than 1 hectare of land). Fifty-five per cent of consumption expenditure emerges from the farm belt.

During the full-term of NDA-1 , agricultural growth was an insipid 2.9 per cent, and the shimmering mirage of doubling farmer income by 2022 was always far-fetched, a virtual illusion. Farmer suicides were at a discomfiting 11,390 in 2016, the last available official data from the National Crime Research Bureau (NCRB). It is estimated to be much higher.

The Modi government had promised during its 2014 election campaign a Minimum Support Price ( MSP) of cost plus 50 per cent as profit margin; they reneged on that assurance with extraordinary heartlessness. But only a small fraction (barely seven per cent) benefit from the MSP, as for the majority, their production matches consumption and there is hardly any surplus left for commercial sale. The whopping crash in GDP by 23.9 per cent in Q 1 of 2020-21 will have a monumental ramification on landless farm labour and small farmers, pushing many of them into abject poverty.

In a nutshell, Indian farmers need urgent inoculation from depleting incomes and a monopsonistic antediluvian structure, called the Agriculture Produce Marketing Committee ( APMC). So have the farm bills truly achieved the seminal breakthrough that the agricultural sector so desperately needed, given the heavy odds? The short answer, however, is an explicit, surprising yes! Of course, as with everything in India, it boils down to implementation (we have the nightmarish instances of the NDA government’s demonetisation, GST, pandemic control to go by); the path to hell is after all, paved with good intentions. And then of course there is the permanent bugbear, India’s characteristic political roadblock to economic reforms. But there is hope.

When the BJP’s reliable partner suddenly ditched the party, it was a signal to the entire opposition to join the bandwagon. They did. But why did Harsimrat Kaur Badal (Union Food Processing Minister) of the Shiromani Akali Dal (SAD) party remain silent since the ordinance was first announced is befuddling. Almost everyone has picked on one issue; why isn’t the MSP embedded in law, with an assurance that a private corporate buyer would purchase at least at the MSP. Fair enough, but this is a specious argument. For one, the current MSP architecture can continue to co-exist as a parallel practice; it is a benchmark price that enables price-discovery for traders, state procurement agencies, and for corporate buyers.

Why should farmers voluntarily sell below a publicly announced translucent price? They can always go to the closest APMC mandi. Also, over time, as collective bargaining strengthens after farmer producer organisations gather momentum, some could enter into bulk demand contracts, either higher or below MSP, to capitalise on high volume commitments that are mutually acceptable to both parties.

Incidentally, the law has built-in safeguards to prevent corporate exploitation, but it is also true that an organised business conglomerate can be a slippery customer to ill-informed, disorganised aggregations of farmers. But this is where the role of even state governments in enforcing the legislation will be crucial. What can be prognosticated with some certitude is that the pie itself will become bigger over time, with price competitiveness depending upon the quality of product and the minimum quantum of production that farm procurement centres (FPOs) can deliver on a sustainable basis.

The APMC regime remains, thus giving farmers the assured MSP fall-back option anyway. It is a win-win. Anyone who believes the APMC mandis will be promptly substituted or will necessarily languish are being naïve; in fact, there is a compelling argument that higher competition will result in better business practices and a more robust open mechanism (less extortion and price collusion) that will help farmers. Farmers from Punjab, Haryana, Uttar Pradesh etc could benefit considerably at the cost of government revenues, but shouldn’t that be the sole criterion to judge the merits of the bills?

Frankly, I was surprised by the BJP’s aggressive push on the farm bills for two reasons; it indeed will impact the lucrative commission market in the APMCs that clever middlemen made plenteous profits from. But this is the saffron party’s vote bank, the traders. So it is the BJP which is taking a bigger political risk (obviously on the assumption of creating a farm revolution). And please note that if the farm protests become a genuine movement sans political propping, then it will have damaging electoral consequences for the BJP.

Secondly, with more open market purchases across regional territories, it can be presumed that there will be a rise in food inflation, as farmers get a more attractive remuneration. This again can erode the low urban inflation rates that have kept the middle-classes' romance with Modi fairly strong.

Politically, it is Modi who has chosen to skate on thin ice (as he did with demonetisation, GST execution and the lockdown). The BJP must realise that its trade policies cannot run contrary to laissez-faire in farms (the ban on export of onions runs totally contrary to free markets).

The Congress had unambiguously declared its intent to rescind the APMC Act and the Essential Commodities Act in its 2019 election manifesto. This was bold, imaginative and a pragmatic, forward-looking reform. It is thus totally inexcusable that we appear to be back-tracking on our earlier rigorously-tested recommendation. At no point was the MSP inclusion deemed mandatory. The suggestion to open innumerable farmer procurement centres by the Congress makes eminent sense, and the government’s proposed Agriculture Investment Fund envisages exactly that (provided it delivers on that promise). In a rare confluence, the BJP has actually adhered to Congress policy suggestions; farmers will indeed have a greater choice.

In effect, the farm bills have operationalised the UPA’s FDI in multi-brand retail that the BJP steadfastly rejected; it is now a tacit endorsement of the same. Of course, the BJP’s ham-handed my-way-or-the-highway attitude in the Rajya Sabha muddied the waters. The political hubris of the party has now resulted in a nation-wide farmer protest against the bills. Once again, India is missing the woods for the trees.

The writer is a suspended Congress leader.