Tale of two Indias: Censure for comedian Vir Das but golden silence for Kangana, writes A L I Chougule

There has been no comment from the government, the BJP and the RSS, though Kangana Ranaut has targeted Gandhi and our fight for Independence. Their silence raises the question, will India be celebrating 75 years of Independence or ‘bheekh’ next year?
A L I Chougule 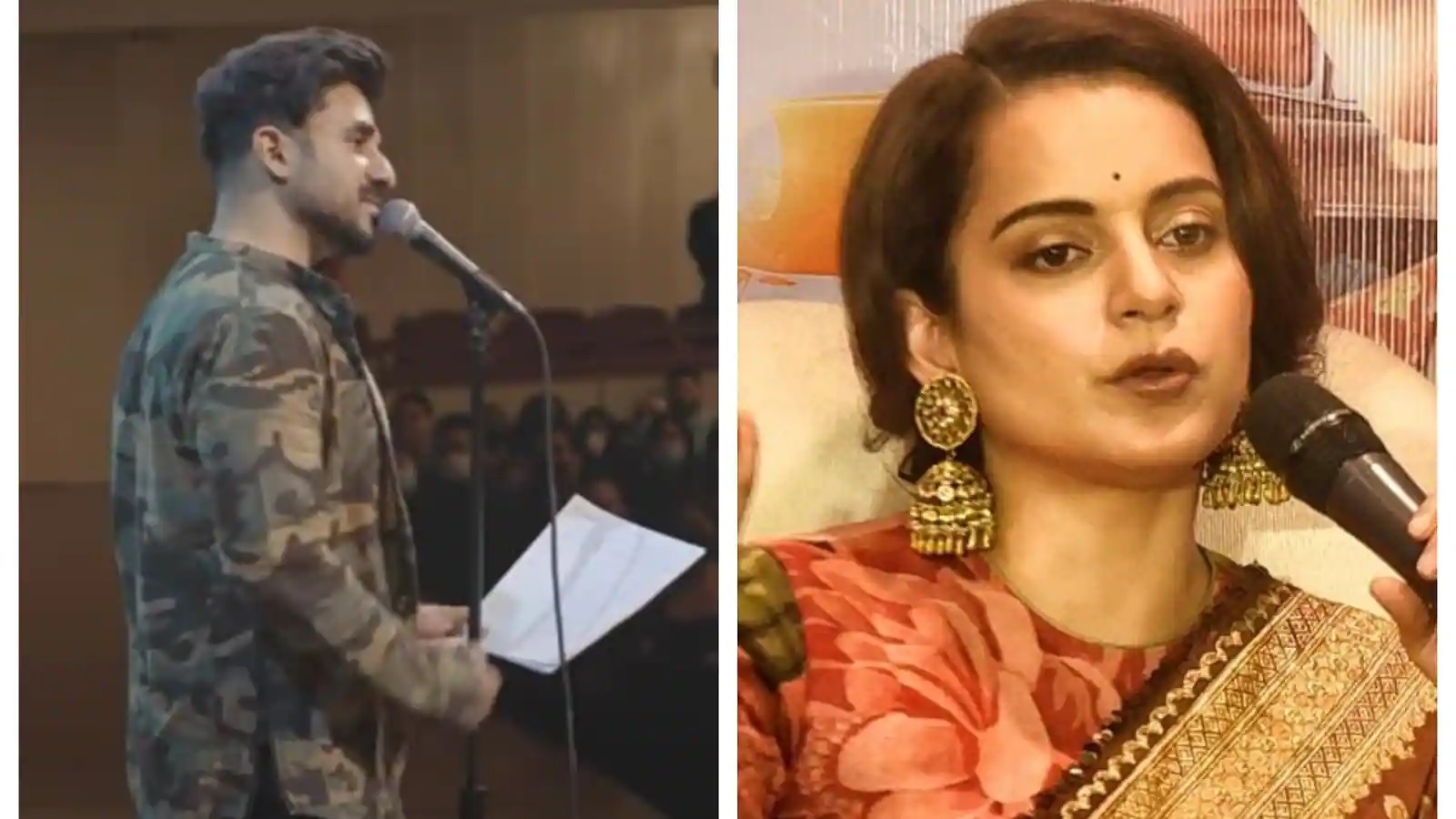 India got freedom in 1947 after struggling for decades against colonial rule and the sacrifices of thousands of freedom fighters. Kangana Ranaut got the Padma Shri in 2021 in recognition of her acting skills and years of hard work. Her recent crass remark after her Padma Shri win – that India got ‘real freedom’ in 2014 and what India and Mahatma Gandhi got in 1947 was not freedom, but ‘bheekh’ (charity) from the British – was not surprising, given her political leanings and the fact that she has courted many controversies with her incendiary and provocative statements in the last two years that have made headlines, and not always for a good reason.

Keeping the cauldron of controversy bubbling, last week Kangana claimed Subhas Chandra Bose and Bhagat Singh got no support from Mahatma Gandhi and went on to mock his mantra of ahimsa (non-violence) by saying that turning the other cheek gets you ‘bheekh’, not freedom. In a series of posts on Instagram, she targeted Gandhi and said “choose your heroes wisely”. She also said that it was about time people knew their history and their heroes. “Because just placing them all in one box of your memory and every year wishing them all birth anniversaries is not enough…in fact it’s not just dumb but highly irresponsible and superficial,” she added.

Not a lone voice

While the actor has been under attack ever since her ‘azaadi’ statement at an event organised by a news channel two weeks ago, politicians across the spectrum, historians, academics, fellow actors and others have lashed out at her and many have said she should return her award. Whatever Kangana may say or whatever she may think of Independence, it does not alter the facts about India’s great freedom movement and the sacrifices of our freedom fighters. So, should Kangana’s comment be ignored or should one take it seriously as a larger part of the narrative aimed at creating imaginary differences between the leaders of the freedom struggle?

Kangana is not a lone voice but one of the loudest in a growing chorus of voices that are attacking Gandhi, Nehru and others, playing one against the other: Bose was ignored, Patel did not get his due, Gandhi versus Ambedkar etc. This is not just a one-off off-the-cuff comment but we repeatedly see these in tweets, social media posts, in yelling duels on news channels and in political speeches. Some even write articles with dubious facts. Seen in totality, these are attempts to alter facts and spin an alternative narrative about India’s history, including the freedom movement, which need to be questioned and called out.

Instead of rubbishing India’s freedom struggle and trashing Gandhi, Kangana should first take some lessons in history, but what is worrying is that the ruling dispensation that gave her the Padma Shri chose not to correct her or call her out for her insulting comment. There has been no comment from the government, the BJP and the RSS, though she has targeted Gandhi and the freedom movement. Their silence raises the question, will India be celebrating 75 years of Independence or ‘bheekh’ next year?

Mahatma Gandhi’s great-grandson Tushar Gandhi has rightly hit out at Kangana for mocking Gandhi’s mantra of ahimsa when he said that “those who allege that Gandhians only turn the other cheek and are, therefore, cowards cannot understand the courage required to be so brave. They are incapable of understanding such heroism…It takes a lot of courage, and Indians of that time displayed it in abundance. They were all heroes; the cowards were those hanging on to the coattails of their masters, the ones who did not bat an eyelid before submitting pleas for mercy and clemency to the crown for personal benefits.”

Elaborating further, he added, “…no matter how loud the lies are and how faint the voice of truth seems, truth sustains; lies have to be kept alive with a continuous progression of more lies. Some of the lies being shouted out these days need to be responded to.” Since 2014, there has been a torrent of falsehood in India with blatant disregard for truth or facts. And mere fact-checking won’t defeat it.

The government’s silence on Kangana’s targeting of the Mahatma is baffling but not surprising. The message from the government’s silence is that attacking Gandhi and India’s freedom struggle is fine, but comedians can be silenced or jailed for jokes. When comedian Vir Das articulated his idea of ‘Two Indias’, highlighting the contradictions of India’s socio-political landscape, he faced a barrage of backlash. His performance in Washington resulted in two police complaints accusing him of making “derogatory statements against India”.

While political rights and civil liberties have deteriorated since Modi became Prime Minister in 2014, with increased pressure on human rights organisations, the rising intimidation of academics and journalists, the muzzling of dissent and a spate of bigoted attacks on minorities and Dalits, India’s Independence of 1947 was not charity but a hard-earned gift. The freedom fighters did not beg but faced lathis and bullets and spent many years in jail for freedom from colonial rule. It is surprising that Kangana did not face any consequences for ridiculing Gandhi and the freedom struggle just because it serves the political agenda of the ruling dispensation.