State of the nation and what nation wants to know

Independence Day. Not the day before you got married. I’m talking of Indepandee day, the day India decided that she didn’t want to be ruled by people in khaki shorts. (This was a British fashion statement well before it got borrowed by the RSS.
FPJ Bureau 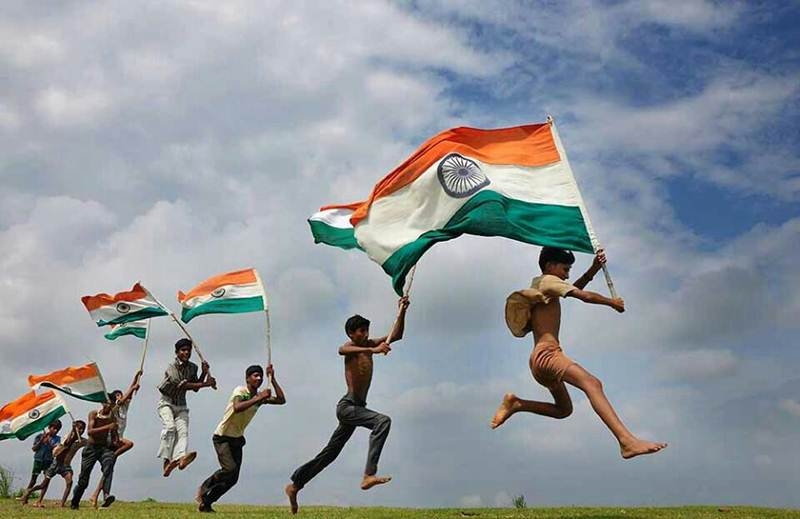 Independence Day. Not the day before you got married. I’m talking of Indepandee day, the day India decided that she didn’t want to be ruled by people in khaki shorts. (This was a British fashion statement well before it got borrowed by the RSS. Just to be clear, the RSS only borrowed the concept. Not the actual shorts worn by the British. Both Brits and RSS had separate pairs of shorts, to the best of my inadequate research). On the podcast that I do, (Cyrus says), people are constantly asking me questions, and sending me complaints about the city, and the country. I try to explain to all and sundry, (especially sundry), that I am not part of the government. At least not until this December. Yet our faithful followers insist that I, and I alone must answer all queries about the state of the nation. And mind you, this week I’m not even in session!!! I’ve taken the liberty, (pun intended), of putting together the most hard-hitting questions, I get on the podcast. These are the questions that make you sit up and cry when you read them. Sometimes, because of the quality of the question, but mostly because of the dried ink in our printer, which makes it very hard to read the emails that we actually have the audacity to print.

1. The first question is from a listener in Jamshedpur.

“Hi I’m Rocky, (Rakesh), I have a very interesting question, and no one is willing to give me the correct answer. When we count our Independence days, do we count August 15th, 1947, as our first year? Or do we count August 15th, 1948, as the year one!! For the last 72 years I’m unsure. Please help”. Folks, Rocky although in his 80s, is obviously of very sound mind. No one is very clear whether its our 74th or 73rd year of Independence. I, of course, have always been the King of Compromise. I suggest, very humbly, that two dates be used every year. India turns 73/74. Keep in mind it’s a very Indian thing to say I’m 73, running 74. (Which is basically wishing yourself good luck that you make it to the next year). Oops, I’ve just been told that we are in our 72nd year, running 73. But just to be sure, I’m gonna say, running 73/74.

2. The next letter comes from the South. Which makes sense, because everyone knows letters were invented in the South.

3. “Masterjee, this is Nilesh from Navi Mumbai, Churchill said that India will inherit the worst home-grown leaders of all, is this going to come true?”

Poor Nilesh, this was a tough question, and needed a gentle approach. I explained to Nilesh that Churchill never seemed to be very fond of Indians and India. He was one of those rare Englishmen you would find on any English cricket ground, who would actually rather support England over India. Again, the answer is in a somewhat grey area. I can think of at least 9 countries, whose leadership is far worse. But then again, I can think of 11 countries, (mostly found in the Caribbean), whose leadership is far better. I also asked Nilesh to name 10 countries he’d rather live in, and the shameless man sent me back 17. The first one on his list being France, and the last one being Croatia, at number 17. Clearly, a football bias is seen here.

4. Jasdeep from Ludhiana, an avid podcast listener, was very keen to put his point across.

“Cyrusbhai, my grandfather says India was very clean in the 1940s. But after Independence, the country’s streets have gotten dirtier and dirtier. Are we to blame?”

My answer to Jasdeep was more of an uneducated guess. I explained to Jasdeep that the British made it a criminal act to spit on the road.The perpetrator was given six weeks in jail. Which is equal to one whole IPL season, in modern terms.The act of spitting is still a criminal act in independent India. But our civic officials, taking the word independence too literally, themselves conducted this heinous act of spitting. Today, a policeman, a sanitation worker, a labourer, working on the road repair, all spit, sometimes collectively, so what was an act of criminality is now a way of life in free India. And while I don’t expect you to say Jai Hind, I think it is pretty fair to say that spitting is here to stay.

There were many more questions, far too many to reproduce in the confines of this meaningless column. However, I must highlight a few of them, thus giving air to the mood of the nation. And by nation, I mean the seven e-mails I have received on the nation. These are those poignant, well thought-out, and supersensitive, questions. (a) Is India now the centre of the Trolling Universe? (b) Why do we have so many reality shows? (c) Can the multiplex lower their rates by 50%? (d) If Mumbai citizens are called Mumbaikars, why are Delhi citizens called, Delhiites? (e) Is Virat Kohli talking to Rohit Sharma? (f) Also, in that case, is Rohit Sharma talking to Virat Kohli? (g) Why is the bullet train only for one part of the country? (h) Does India have the most statues per square metre, then any other country in the world? (i) Will there be another season of Sacred Games? Well, people, the people have spoken. And by spoken, I mean asked us all very relevant questions. And questions are rarely about answers. They are always about the questions themselves. On the occasion of India’s 72nd birthday, running 73 and 74, let me wish all my fellow patriots, a happy Independence Day.