Sidhu is not just all about buffoonery 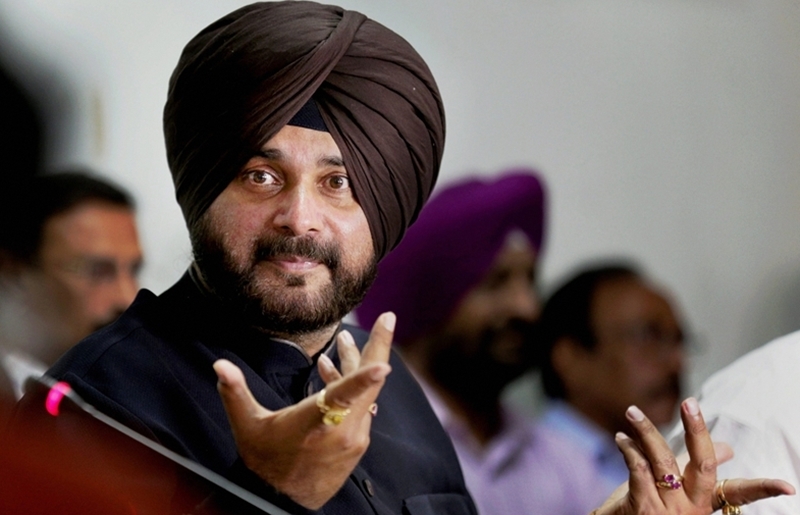 Gurdwara Kartarpur in Pakistan is one of the holiest shrines for the Sikh community. Situated in Narowal, not far from the Indian border, Pakistan prime minister Imran Khan performed the ground breaking ceremony of a five-kilometer corridor that will connect the Shrine with Indian border. Expected to be completed before 550th birth centenary of Gurunanak in 2019, the corridor would enable Indian pilgrims to pay obeisance at the shrine, without a visa and return the same day. Currently, it needs a visa from Pakistan and a two-hour journey from Lahore to reach the shrine.

The event turned out to be of great political significance between India and Pakistan. Religion is usually a divisive event in the sub-continent, particularly between these two nations. This event became a binding force between them. An emotional Union minister, Harsimran Kaur Badal, who was present at the ceremony said, “It can be a new beginning in the name of Baba Nanak. The “corridor of peace”, as it was termed, was Imran Khan’s way of signaling to India that he was willing to keep the promise he made when he won in May this year:

“For every step India takes, Pakistan is willing to take two.” But early steps taken by Khan and Prime Minister Narendra Modi to reduce tensions and work a constructive engagement came to a naught and deteriorated in a war of words. But in a surprising turn of events, that began with Punjab minister Navjot Sidhu hugging Pakistan Army chief Gen Qamar Javed Bajwa at Imran’s swearing-in ceremony (for which Sidhu was roundly criticised in India) turned out to be first positive step in relations between the two countries in the past two years. Sidhu has stated that Gen Bajwa had assured him that the Kartarpur corridor would be opened soon.

The Pakistan Army chief was present at the ground-breaking ceremony at Kartarpur along with Sidhu, Harsimrat Kaur and Union minister of State Hardeep Puri. Two days earlier, on November 26, India had held ground breaking ceremony on its side of the border to build a road connecting the new corridor to the State highway. More than Union ministers, it was Sidhu who was toasted and feted by the Pakistani leaders present on the occasion including Imran Khan himself. Khan made no mention of Prime Minister Narendra Modi but heaped praises on Sidhu for taking the bold step.

Since the Punjab minister was a Test cricketer too, Khan used a cricketing analogy to explain how champions emerge. He said that those who feared to lose in whatever they did would be cautious, but those who played to win were willing to take chances — hinting that more Indian leaders like Sidhu should bat on front foot for peace with Pakistan. Khan, who completes100 days in office, then went on to say that since both the countries possessed nuclear weapons, war between the two countries was ruled out — because there would be no winners, only survivors.

He added that the real threat to the two countries was poverty and that they should focus their energies and help each other in solving that problem. Khan made it a point to mention that his government and the Pakistan Army were on the same page on the issue. He then went on to suggest that the two countries should sit down and sort out Kashmir problem, stating “We wanted a civilised relationship. Kashmir is the only problem. Are we not capable of solving the dispute amongst ourselves?”

The mention of Kashmir made India’s External Affairs ministry see red and in a statement it chastised Pakistan prime minister for mentioning the dispute in a purely religious function. India also expressed concern that Pakistan’s army chief Gen Bajwa was greeting the pro-Khalistan Gopal Chawla, who is secretary of the Pakistan Sikh Gurudwara Prabandhak Committee (SGPC) at the function. India accuses Chawla of being a Khalistani leader and had expressed concern in the past that the Kartarpur Sahib Gurudwara was being run by Khalistani extremists.

Harihar Swarup is a freelance journalist.
Views are personal.