Setback for BJP, boost for opposition 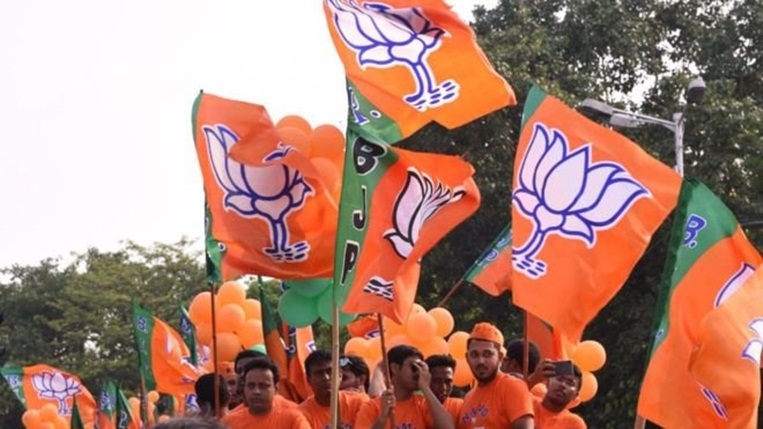 The BJP has got a kick in its pants. And deservedly so. Arrogance and complacency as also an over-dependence on ultra-nationalism without actual delivery of economic goods has pricked the BJP balloon. The results of the Assembly polls in Maharashtra and Haryana may not mean an outright victory for the Opposition but it  certainly is a setback for the ruling party. The party has won far fewer seats than last time. And certainly far short of its own expectations. Never mind the exit polls which had virtually handed the election to the BJP on a palatter in both States. Of course, in both States the BJP would still form the government but not without compromises with the allies and/or footloose legislators.

In Maharashtra, the Sena has probably got its chance to flex its muscle yet again, insisting on a 50:50 power-sharing and a first go at the chief ministerial gaddi. But if we know the BJP leadership it is unlikely to yield to excessive pressure. It has options outside the alliance just as it had at the time of the formation of the Fadanavis government in 2014. So, the Thackerays will be ill-advised to over-play their hand. Given that Modi is firmly ensconced in New Delhi, the Sena blackmail beyond a point can prove counter-productive. In Haryana, the original home of the Aya Ram-Gaya Ram politics, whether the gentlemanly and straight-dealing outgoing chief minister, Manohar Lal Khattar, is the right man to handle the altered situation wherein the BJP will have to bargain hard with some half-a-dozen independents to reach the half-way mark remains in doubt.

The Haryana result in fact signals the slow but certain revival of the ‘normal’ politics with the electorate yet again falling back on old patterns of caste and community loyalties. The good showing of the Congress Party under the former chief minister Bhupinder Singh Hooda not only revives his political fortunes after the humiliating personal defeat he and his party had suffered in the Lok Sabha poll, but it would help lift the morale of the Congress leadership as well. In particular, it marks the success of the old guard in the party which was sidelined by Rahul Gandhi but was rehabilitated by Sonia Gandhi when she took over as interim president. Hooda had set two conditions on the eve of the poll. One, the removal of his bête noire and Rahul Gandhi’s hand-picked nominee as Pradesh Congress President, Ashok Tanwar. And two, the party naming him the chief ministerial candidate. Both were met. The result vindicates him, though he has fallen short of the majority. Again, the election has settled the family warfare in the Devilal clan, with rebel Dushyant Chautala’s newly-formed Jannayak Janata Party leaving his uncle’s original Lok Dal far behind. JJP had given a better account of itself even in the Lok Sabha poll, though the BJP had won all ten seats in the State.

Both Haryana and Maharashtra voters punished BJP’s arrogance, defeating most of the defectors the party had inducted on the eve of the poll. Even in the Gujarat by-elections the two former Congress Party youth leaders the party had fielded were rejected by the voters. The margin of victories of some of the NCP-Congress candidates suggests that there was no wave in favour of the ruling combine. The large number of defectors the BJP rewarded with tickets in Maharashtra proved costly. Also, the arrogance of the BJP leadership to cast aside notable senior leaders has harmed it. Despite Fadnavis emerging a leader in his own right, humiliation of senior leaders did not meet popular approval. On the other hand, the voter has accorded respect to the old warhorse, Sharad Pawar, who single-handedly led the NCP-Congress campaign. Of course, in politics it is foolish to take people for granted. Complacency and arrogance invariably are punished by the voters.

Take the two by-elections in Tamil Nadu. The DMK  was so confident of ousting the post-Jayalalithaa AIADMK from power whenever the elections are held next, especially after it had swept the Lok Sabha polls, that both its candidates lost badly in the two constituencies, providing the much needed shot in the arm for the Edappadi Palaniswami Government. Overall, the Assembly results provide a ray of hope to the Opposition which was still to recover from the big shock of the Lok Sabha rejection. It also serves a warning to the BJP that an overdose of nationalism and other emotive issues cannot always win elections. Give the voter acchhe din or sooner than later he is bound to turn his back on you. Economic slowdown, real estate mess, farm sector distress, jobs crisis and other bread and butter issues cannot be brushed under the carpet of anti-Pakistan rhetoric. Remember, after the stupendous win in 1971, Indira Gandhi had begun to lose her sheen when the price-rise led to the Nav Nirman agitation in Gujarat which soon spread to other parts of the country. Kaam Karo Aur Vote Lo, is the loud and clear message to the BJP, though it is fortunate to have been spared an outright ouster from power both in Haryana and Maharashtra.