Sanjay Jha laments the death of conscience in our country

Why are we citizens blissfully indifferent to the death of our own fellow citizens? Because they are not celebrities? ...Why is that the PM can talk on several occasions to our Olympian superstars (who mostly got their gold medal without state sponsorship) but has not a single world of reassurance and concern for the hundreds of people being marauded daily by a segregationist society gone cuckoo? 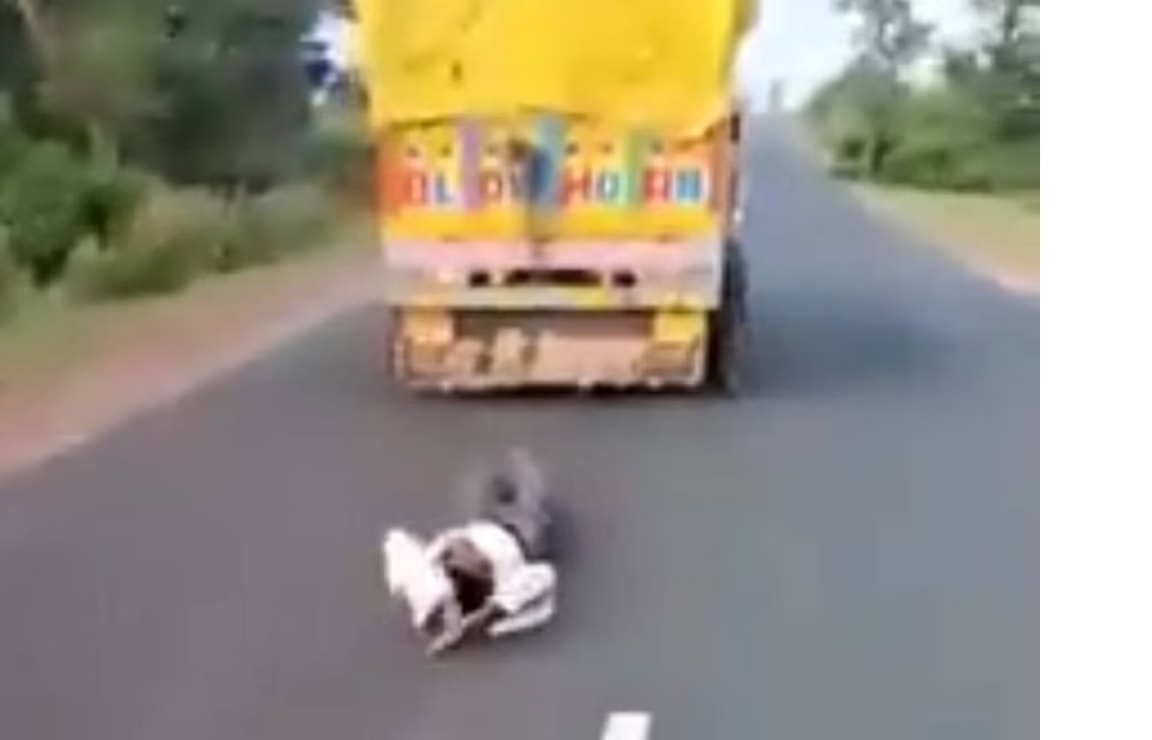 A tribal who, ironically enough, was the victim of a minor road accident, was allegedly thrashed, tied to a vehicle and dragged some distance in Neemuch, Madhya Pradesh, last month |

Polarisation dominates the political narrative like Novak Djokovic’s stranglehold of the tennis courts. It has now for a considerable time, albeit it is commonly agreed that the dangerous divide has been present in a different form all these decades; subterranean, imperceptible. But it has been there. But now it no longer has pretensions of modest restraint. It stares us in our eyeballs every day, accentuating the Us versus Them confabulations.

Politicians routinely indulge in dog-whistle rhetoric, rabble-rousing to galvanise their voter constituency, telling them exactly what they wish to hear. They know how to boondoggle us, particularly those who sound like majoritarian populists. From the look of electoral trends, their support base rarely disappoints. They respond, even if potholes are interspersed all over the city roads, they are unable to pay their EMIs for home loans, household savings are vapourising and there is a miasma of hopelessness.

Perhaps they are even aware that their demagogues are not necessarily speaking the truth, but they seem insouciant to their mendacity. It is a moral compromise. It is this that polarisation intends to achieve; the stunning obedience to a feeling, a sentiment, bereft of rational dialogue, intelligent conversations, debate and dissent, and fact-checking. It is based mostly on the imagined fallibilities of the Other, the latter’s alleged shenanigans, its demonic propensities and many conspiracy theories. Fake news and post-truth make a sizeable contribution to the disaffection.

In a polarised world, individuals take positions on how much they dislike the other side, even if they have disdain for their own. It is like choosing the lesser of two evils. Unknown to us, this chasm is not just a manifestation of differing ideological mindsets or political choices. Over a period of time, this distrust and hate metabolises into a numbness of our natural emotions. We tend to look away from things that make us uncomfortable, especially if the perpetrator of the said offence is from ‘our side’. We begin to look at everything from the prism of a binary. We pour out vitriolic fury when we are wronged, we are studiously disinterested when we have committed a wrong.

Both the Left and Right are guilty of self-righteous, specious indignation though. But human suffering is deep, personal, and painful. Unknowingly, humanity becomes less empathetic, less responsive to societal distress. And over a period of time, the gradual disintegration of values and sympathy, of trust and faith, leads to an obsolescence of humanity itself. In fact, it kills it. India’s once great civilisational virtues currently face an existential threat.

I saw this ghastly sight where a hapless bearded man was tied to a moving vehicle and dragged on the roads by a rogue bunch. He was a tribal from Madhya Pradesh, who, ironically enough, was the victim of a minor road accident. His folded hands begging for mercy as he went through an excruciating ordeal fell on deaf ears. His tormentors were inexorably ruthless, a bunch of savage thugs hell-bent on their mission of extermination of a desperate man. This was the ugly face of macabre sadism, bloodthirsty animals destroying a human life. The tribal died subsequently from the ravages inflicted on his damaged body, just another dry statistic counted as mob murder.

How can we as a society be a silent spectator to such barbaric onslaughts? When people resort to such cold-blooded heinousness, it is symptomatic of a visceral disease; the virus of radioactive hate. That was also apparent when a Muslim man was repeatedly thrashed and then paraded through the streets of Kanpur on the allegation that he was responsible for religious conversion. The accusation turned out to be false. But his young daughter had to undergo the hellish experience and public humiliation of watching her father being beaten up mercilessly. Just take a pause, and think, do you think that family will ever overcome that horrendous nightmare? The scars will remain permanently inscribed on them, their minds reduced to a frightened rubble, their fears insurmountable. Is this the society India deserves in its 75th year of Independence?

Try asking that of a bangle-seller who was threatened from pursuing his livelihood in Indore as it apparently violated the sanctity of a consecrated majority-community locality. Is this the ‘New’ Idea of India; regressive, revanchist and nihilistic? Are we, as citizens of the world’s largest democracy, subscribing to this hateful model? The silence of large sections of Indian society makes me seriously wonder.

Why is that we do not expect politicians from the governments where such ugliness happens to reach out to the victims and ensure prompt justice, which means exemplary punishment to the hatemongers, with full rehabilitation and support to the surviving family members? Why are we citizens blissfully indifferent to the death of our own fellow citizens? Because they are not celebrities? Or do not live in our neck of the woods at a tony, cosmopolitan address? Why is that the Prime Minister of India can talk on several occasions to our Olympian superstars (who mostly got their gold medal without state sponsorship) but has not a single world of reassurance and concern for the hundreds of people who are daily being marauded by a segregationist society gone cuckoo?

We can replenish our diminishing bank accounts some day, or resurrect a floundering career, rework on fragile relationships, reimagine our corporate strategy, and rebuild a home needing repair. We can reclaim land, repossess lost valuables, recapture lost clients. But we must not forget that reclaiming a conscience gone dead can be an insuperable challenge. A society in the morass of a moral freefall often faces an irreversible ruin. It is time to look within. Now.