Right to self-defence is a part of UN Charter 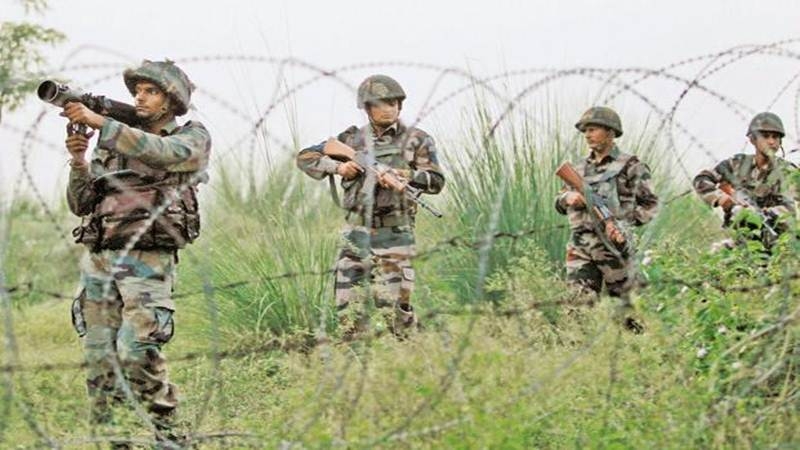 India has boosted its international image after its IAF jets killed 350 terrorists in a tit-for-tat response to the killing of 44 CRPF jawans at Pulwama in a suicide attack by a terrorist. Emulating the US whose helicopters entered Pakistani air space to kill Obama bin Laden at Abbotabad on May 2, 2011, IAF jets dropped 1,000 kgs of bombs on Tuesday to send these terrorists to Jannah to enjoy bliss with 70 virgins and 70 wives for eternity.

The right to self-defence is embodied in Article 51 of Chapter VII of the United Nations charter which deals with threats to peace, breaches of peace and acts of aggression. It recognises the State’s right to defend itself against armed aggression of another state just as Article 51 A of the Indian Constitution casts a duty on all Indian citizens including the government to uphold and protect the sovereignty, unity and integrity of India and defend the country when called upon to do so.

Training terrorists is clearly an act of war because there is no doubt that these terrorists have been indoctrinated by the ISI which rules Pakistan and Imran Khan is merely their prop as a judge of the Islamabad high court himself admitted. That judge was Justice Shaukat Aziz Siddique who told the Rawalpindi Bar Association in 2018 that the ISI was interfering in the functioning of the judiciary. Siddique was sacked for speaking the truth.

Pakistan can be seen as endangering India’s sovereignty because it has trained thousands of terrorists who infiltrate India to claim a so-called right to self determination for a Pakistan-nurtured ethnic group which has driven out the Kashmiri pundits from their homeland.

India is entitled to use force lawfully to protect its sovereignty, which includes the state of Jammu and Kashmir as an integral part of India after Maharajah Hari Singh signed the instrument of accession on October 26, 1947, two years after the United Nations Charter came into force with the Republic of China (before it changed its name to the People’s Republic of China) being included as one of the five permanent Security Council members.

China has been backing Pakistani terrorism and also blocking India’s entry as a permanent member of the same Security Council. An appropriate paralled can be drawn after the Turkish republic came into being in 1923, when the Kurds became a minority in Turkey although they had historical links to their land, their own history and their own distinct language and culture. It is claimed the Kurds tried peaceful means to achieve their right to self-determination, but Turkey used military force to deny them that right.

In 1978, the PKK was founded as the sole means to demands their rights. Turkey, though, regards the PKK as a terrorist organization and fought the group in self-defence. In India, the Jammu and Kashmir Liberation Front does not even represent over 50 per cent of the Kashmiris but is a tool used by Pakistan to dismember India. The Pulwama attack was the latest straw although the Jaish e Mohammed owned up responsibility. Terror groups keep changing their names although at their core, they believe in attaining Jannah through suicide attacks.

In Turkey, the PKK set up camps in Iraq during the 1980s and 1990s as a strategic base for the rights of the Kurds in other countries and a safe retreat for its forces during peace negotiations with Turkey. Although groups such as the Kurdistan Democratic Solution Party (PCDK) pose no threat of armed attack on Turkey, it attacked these camps and alleged they were PKK bases.

Similarly, the Israel used the right of self-defence against its hostile neighbours in May 1967 after Egyptian President Gamal Abdel Nasser announced the straits would be closed to Israeli vessels and then mobilised its Egyptian forces along its border with Israel.

On June 5, 1967, Israel launched a series of pre-emptive airstrikes against Egyptian airfields. In 1971, when millions of refugees from Bangladesh poured into India, Indira Gandhi had to use force to dismember Pakistan. Narendra Modi has imitated her 48 years later, reinforcing the concept of the right of a state to self-defence.

India’s sovereign right to defend itself against Pakistan-sponsored terrorism backed by China can be traced to the concept of state sovereignty although the Kashmiri terrorists will misuse the concept of a ”just war” to rationalise in the name of religion the used of bombs against civilians and armed forces alike.

This concept of a “just war” originated in ancient Greece and Rome when it was accepted that a just war was necessary if a state refused to repair the damage caused to another state by an act of aggression such as the bloodbath of 44 CRPF jawans at Pulwama or the Mumbai attacks.

The modern right to self defence has its origin between the British and United States governments in 1837. During the 1800s, while Canada was under British rule, a rebellion rose up against British colonialism. Although the US was officially neutral, on the night of December 29, 1837, the Caroline, an American ship that was allegedly bringing assistance to the rebels, moored on the American bank of the Niagara River.

British troops crossed the river, killed some Americans and burned the ship. The Caroline incident caused tension between London and Washington. The US claimed British troops crossed its borders and violated its sovereignty but the British justified the attack as self-defence. Though Britain apologised for the transgression after several diplomatic exchanges, the Caroline case of the Caroline is responsible for the concept of the modern right to self-defence in international law.

But academics and theoretical discussions apart, India’s right to self-defence simply means it has a right to defend its territory and its citizens who include the 44 CRPF jawans who were martyred by a Kashmiri suicide bomber trained and armed by the Jaish-e-Mohammed. The right to life enshrined in Article 21 of the Indian Constitution includes the right of the Indian nation to defend itself against terrorists who assert their right to die. But that is their affair.

Olav Albuquerque holds a PhD in law and is a journalist-cum-lawyer of the Bombay high court.