A very ambitious review petition filed in the apex court seeks to declare the judgment setting up the collegium system of appointing judges in 1993 as void because “it amounts to rewriting the Constitution, for which the Supreme Court has no power,” according to the prayer made in this petition. In all probability, this plea will be dismissed, with neither the media nor law journals paying heed
Olav Albuquerque 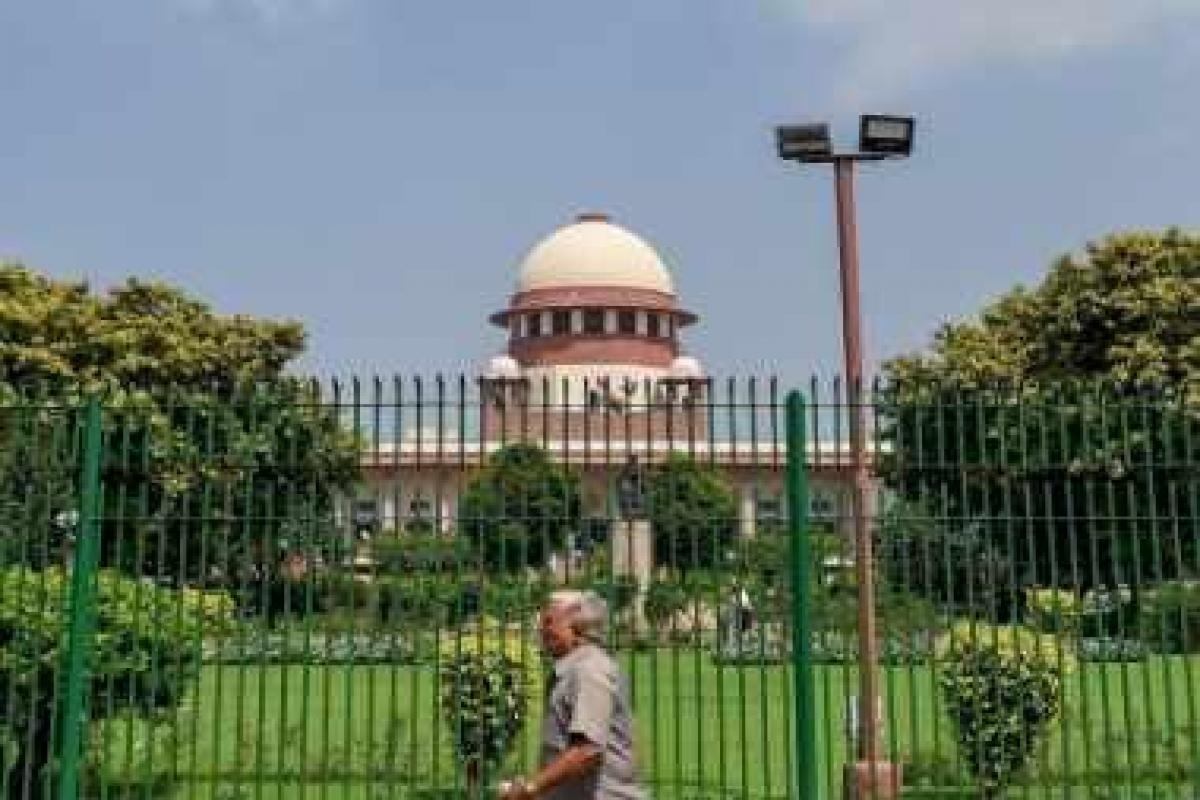 The 48th Chief Justice of India (CJI) N V Ramana’s declaration that he intends to ‘Indianise’ the courts to make them intelligible to rural folk is commendable although it is unclear how the 22 languages in the eighth schedule with their variations will be used in courts. It is true we have inherited a colonial judiciary which is not accessible to the poor villager and as Justice Ajit Shah opined, it may be time to end an opaque collegium system of judges appointing themselves. Another retired judge like Justice Markandey Katju also has the same opinion.

This is why a very ambitious review petition filed in the Supreme Court seeks to declare the judgment setting up the collegium system of appointing judges in 1993 as void because “it amounts to rewriting the Constitution, for which the Supreme Court has no power,” according to the prayer made in this petition. In all probability, this petition will be dismissed, with neither the media nor the law journals taking notice of it.

But the fact that both the government and the collegium system of appointing judges is flawed is proved by the fact that Justice K M Joseph was elevated to the Supreme Court only after the collegium reiterated his name a second time on July 16, 2018, despite governmental objections. The collegium may have allegedly succumbed to government pressure to transfer Justice Akil Kureshi from the Gujarat high court to the Bombay high court where he was lower in the seniority list.

If there are complaints against Justice Kureshi, the people who are the real custodians of the Constitution, have a right to know of these complaints. And why Karnataka High Court Chief Justice Abhay Oka was elevated to the Supreme Court whereas Chief Justice Akil Kureshi who stands at number two in seniority was superseded by his juniors. Sources allege two collegium members opposed Justice Kureshi’s elevation to the Supreme Court, despite Justice Rohinton Nariman opposing the elevation of those junior to Judges Oka and Kureshi.

Be that as it may, advocate Mathews Nedumpara, who was indicted by Justice Rohinton Nariman for committing contempt of court and banned for a year from appearing in the apex court, has now staged a comeback by filing this review petition. The spirit of advocacy is to fight relentlessly for justice and this is exactly what advocate Nedumpara is doing, pointed out his colleague, advocate Rohini Amin.

Nedumpara is the founder-president of a movement for first-generation advocates known as the National Lawyers Campaign for Judicial Transparency and Reforms. He has faced contempt petitions in the past with Justice Nariman recording he was briefed in “hopeless cases and attempts, by browbeating the Court, to get discretionary orders, which no Court is otherwise prepared to give.” This review petition seeking to quash the collegium system of appointing judges, may well be another such ‘hopeless’ case which may rouse these erudite judges’ ire but which advocate Nedumpara feels justified in filing to reform a system which CJI Ramana has declared is in urgent need of reform.

Nedumpara is not alone in his battle to revamp how judges are selected. Justice Jasti Chelameswar and his predecessor, Justice Markandey Katju, both of whom retired from the Supreme Court, opposed the collegium system of appointing judges. A third judge, Justice Kurien Joseph, who had upheld the collegium system in the 2015 NJAC verdict, has declared in public that he now regretted his decision “after seeing things now.”

Katju called the collegium system ‘Pancha Pandavas’, who ignore the suggestions of everybody else. “It is a system of you accept my man, I accept your man,” the irrepressible Justice Katju had declared. Nedumpara uses different words to state what Justices Katju, Chelameswar and Kurien Joseph have opined.

He argues that a nine-judge bench of the Supreme Court substituted judicial legislation for government primacy in selecting judges laid down in articles 124 and 217 of the Constitution. This implied the very setting up of the collegium system of appointing judges was contrary to reason and logic because nobody can be a judge in his own cause, according to Nedumpara.

Hence, Nedumpara cleverly argues that “the Judges-2 case led to democracy being substituted by ‘judgeocracy’………..so the Supreme Court, far from declaring the law of the land, is now becoming the prime legislature….Articles 141 and 142 of the Constitution today are something which the Founding Fathers could never have visualized,” alleges Nedumpara who argues that to save India as a constitutional democracy, judges cannot select themselves by judging themselves which flouts the axiom that nobody can be a judge in his own cause.

“Article 141, a provision by which the concept of stare decisis or binding precedent was recognized by express terms, came to be a power to legislate. Article 142 is today a provision which entitles the Court to pass any order it pleases, no matter whether the parties who are adversely affected by the Court are before the Court or not or whether the function is in the exclusive domain of the executive,” Nedumpara states in his petition.

Nedumpara argues for an open and transparent selection of judges by inviting applications and conducting written tests, followed by an interview. Undeterred by his earlier conviction for contempt, Nedumpara alleges a majority of the judges are the kith-and-kin, nephews or juniors of sitting and former judges of the Supreme Court and high courts, so too of celebrated lawyers, chief ministers or governors.

But CJI Ramana is one judge who runs counter to this view, as he is a first-generation judge and lawyer. Nedumpara concedes this but alleges some of these first-generation lawyers are politically-connected or have links to big industrial houses.

His petition argues there are an inadequate number of judges drawn from the 30-crore people belonging to the SC/ST category. He claims 90 per cent of the bar comprise first-generation lawyers who may be sons and daughters of taxi drivers, farmers, fishermen, rickshaw pullers, daily wagers, teachers and others. “They have hardly any representation in the higher judiciary,” Nedumpara has claimed.

An interesting argument is, if the government were to appoint judges in the manner done by the collegium, these appointments could be challenged before the court by way of judicial review. But no judicial review lies against selections made by the collegium which is sacrosanct and really not totally transparent even after Justice Chelameswar’s objections.

Justice Nariman, who retired last month from the Supreme Court, was the nemesis of advocate Nedumpara. If he had not retired, perhaps he may have taken umbrage at Nedumpara staging a comeback in the Supreme Court by arguing what he would have termed as another ‘hopeless case’ because, as Nedumpara would aver, justice and hope spring eternal in the human breast.