Repeal of farm laws: Chatterati din drowned basic truth for rulers - we’re all related by blood & kinship to tillers of the soil

You don’t embark on landmark legislation without widespread consultation. You don’t assume that digital access is available to all and you don’t ram these bills through Parliament without adequate debate. The government did all three 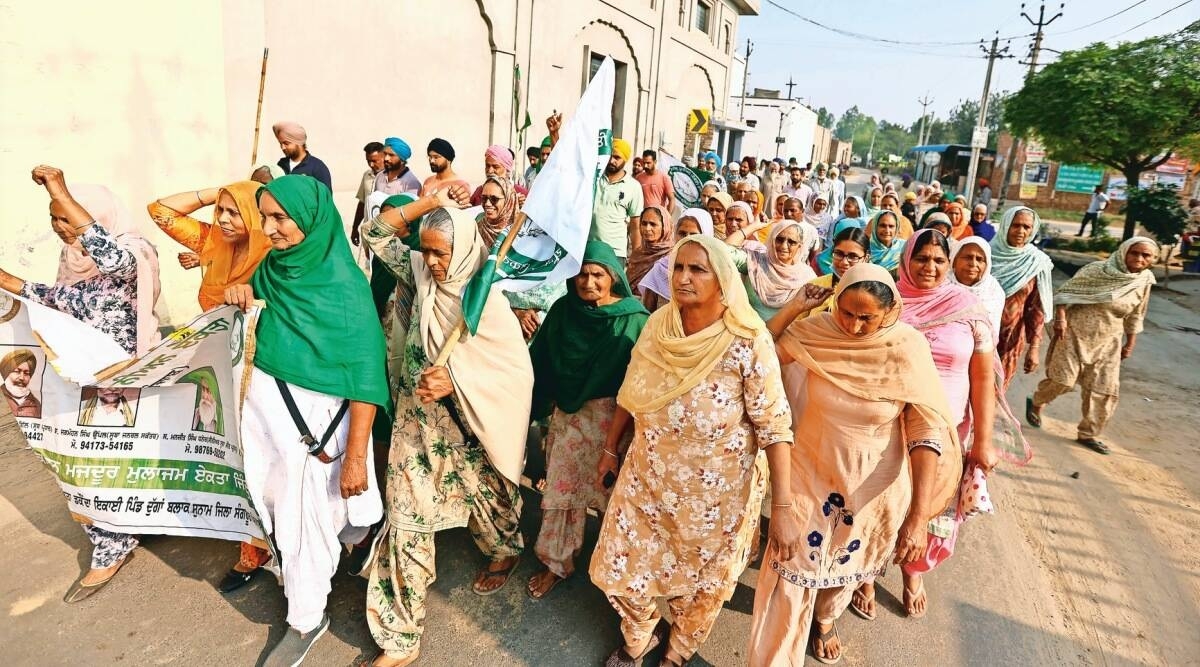 The farm laws are officially dead. On November 19, Prime Minister Narendra Modi, addressing the nation, informed us that the decision to take back the contentious laws had been made. He said, “We have decided to repeal all three farm laws. We will start the constitutional process to repeal all the three laws in the Parliament session that starts at the end of this month.”

Making the announcement on the day of Guru Purab – and also coincidentally Indira Gandhi’s birthday – Modi asked the protesting farmers from Punjab to go home. For over a year, farmers have been camping on the borders of Delhi, waiting to be heard. And finally on the day of Guru Purab, after much vilification, much abuse and many deaths – the farmers won.

The repeal of the three farm laws, the government hopes, will bring an end to the yearlong protests and agitation opposing the new farm laws. While farmers from across Indian states had serious reservations about the laws, it was the protest by the farmers from Punjab, especially Sikh farmers, that garnered most attention. Iconic photographs of an elderly Sikh farmer standing up to a lathi-wielding policeman, as well as one with blood flowing down his face went global.

As global celebrities began noticing the farmers’ protest, the issue became a cause célèbre. And the backlash in India became virulent. The pro-government chatterati began creating their customary noise around how those who opposed the farm laws were anti-Indian and funded by those aligned with our enemies. The word Khalistani began getting bandied around carelessly. News anchors bayed for blood, detecting conspiracies in every tweet and every statement put out by those who opposed the farm laws. The term ‘toolkit’, a part of every digital marketeer’s arsenal, got branded as an act of subversion by these talking heads.

Those in the air-conditioned news studios of Delhi and Mumbai are far removed from the life of farmers or their plight. Add to it, the sense of entitlement of the cheerleaders of the government on the right to decide and impact other people’s lives, you have an extreme bout of callousness and a total lack of empathy. Their vision of the farmer was from the 1960s – the man and woman in tattered clothes who would be ever grateful to the uninformed suggestions of the chatterati.

“But they speak English – they can’t be farmers,” screeched the chatterati. Not understanding that farmers have aspirations and ambitions. Their children go to school and college. And, yes, they speak English too. These were the kinds of uninformed utterances that shaped much of the media conversations around the protests.

The echo chamber of this chattering class was so loud and all-pervasive, they didn’t realise that they were angering even those who are not farmers. Seventy per cent of rural India still relies on agriculture. And over 80 per cent of these are small and marginal farmers. All of us are related by blood and kinship to those in villages. And being oblivious to this was the mistake of the echo chambers. Depicting the farmers as ‘others’ has not just backfired, it has also got people to think about other systematic campaigns aimed at ‘otherising’ dissent.

This is not the first government in history to misread the situation and it is unlikely to be the last. What is important is that the underlying issues that led to this U-turn are understood and absorbed. You don’t embark on landmark legislation without widespread consultation. You don’t assume that digital access is available to all and you don’t ram these bills through Parliament without adequate debate. The government did all three.

There are many lessons for the government to learn from its handling of agricultural reforms, as well as its handling of the farmer protests. The first and most important learning is to listen to the people. Don’t label those who disagree as ‘anti-national’. It is very difficult to negotiate with someone whose side is constantly abusing you.

In his speech, the Prime Minister apologised to the nation. He said, “Today, while apologising to the countrymen, I want to say with a sincere and pure heart that perhaps there must have been some deficiency in our efforts, due to which we could not explain the truth like the light of the lamp to some farmers.” The Prime Minister, like all of us, has been let down by the media. If they had focused on doing their job – shining the light on issues, instead of vilifying protesters – maybe the farm laws story would have had a different ending.

The media and the noise that it creates, the targets it puts on the backs of people, the hate and vilification it generates – is not good for a democracy. We saw that way back in the 90s, when media clamour led to the release of terrorists. We saw it during 26/11, where their callousness led to deaths. And, we are seeing it time and again, as their blazing desire to be shapers of the nation’s destiny, rather than the providers of news, chips away at our rights, and our democracy.

For success, Modi may consider telling friendly media owners to bring their rabid news anchors and chattering heads to heel. That will be needed for India to heal.