Recession or not, the pain is for real: RN Bhaskar

Last week, the finance minister tried to explain why there might be a slowdown, but there was no recession in the country. Well, just look at the core sector, which has slipped into the red (see chart). For two consecutive quarters.

GDP too is down, though CARE Ratings cautiously believes that it could begin climbing in the second half of next year, provided there is “no additional shock”. And if one breaks up core sector growth, you realise that six of the eight core sectors analysed witnessed negative growth.

None of this was unexpected. Economists have been saying this for quite some time. Even this author stated this in September 2018 (http://www.asiaconverge.com/2018/12/economic-slowdown-inevitable-after-general-elections/). But there was nobody willing to listen. Official data was concealed. Leaked data was debunked. And data from other sources lampooned. Nothing can worsen an economic crisis as an attitude which refuses to study the symptoms carefully. Even the fall in investments was predicted (http://www.asiaconverge.com/2019/11/economy-watchers-are-worried-about-the-slowdown/). Few in government listened.

So at the pain of repeating oneself, here are some suggestions for the government to end the crisis swiftly.

First the short-term measures. Immediately focus on sectors that will help reduce imports. That will allow the CAD (current account deficit) to reduce without exports going up. Pushing exports up at a time when there is a global slowdown exacerbated by trade barriers will be difficult. Focus on rooftop solar and waste to energy instead. This will sharply reduce India’s import bills. These columns had suggested this is March 2019 and even earlier (http://www.asiaconverge.com/2019/03/trade-crisis-looms-india-sun-waste-can-prevent/). This is a reminder. Unfortunately, the government slapped safeguard import duties of 25% on solar panels. Thus, today, even solar deployment growth in India is declining. Rooftop solar (not large solar forms) create jobs as well. Methane generation converts waste to energy, and is in sync with the government’s Swachh Bharat mission. Begin working on these urgently.

For the medium term, focus on areas which corrode the value of the Indian rupee. Look at gold where reforms are urgently needed (http://www.asiaconverge.com/2019/11/urgent-need-for-gold-reforms/). Smuggling in of gold only corrodes the value of the Indian rupee (http://www.asiaconverge.com/2019/11/urgent-need-for-gold-reforms/). They make India’s neighbours richer and this country poorer. Import of gold does not matter if gold exports become possible. But that can come with gold reforms.

Third, appoint a regulator for e-commerce. There are many digital scams taking place already. Appoint a redressal system to resolve disputes within 24 hours, but not later than a week. You cannot have commerce in seconds and dispute resolution in years. Make NPCI keep logs of transactions, not overwrite the previous bank account number (http://www.asiaconverge.com/2018/02/how-aadhaar-and-npci-together-open-the-door-to-major-frauds-and-impersonations/)

Fourth, introduce laws that promote investor confidence, even for arbitration awards that should not be opened up by courts (http://www.asiaconverge.com/2018/01/asking-investments-good-can-india-guarantee-speedy-fair-grievance-redressal/). Beef up the judiciary. Train it to deal with new-age crimes. Today, the courts have to tell the government to treat pen-drives and CDs as documents. The legislators should have done this a decade ago.

Fifth, pull back self-appointed gau-rakshaks who intercept even buffalo meat consignments. Any delay in meat transportation allows the cargo to rot. It hurts trade, but hurts the farmer more. The farmer sells his old cattle for Rs 20,000 or more. He then puts in another Rs 20,000 to purchase new cattle. Without the Rs 20,000 he cannot replenish his income generation source. It impoverishes him. That causes rural distress (http://www.asiaconverge.com/2018/05/cattle-slaughter-ban-missteps-may-factor-bjps-electoral-woes/). It hurts the leather/cobbler trade as well. Please stop this madness.

Let merit become the key to promotion. Work on laws that prevent merit from being the key criteria. Learn from all Asian tigers and from China, how merit has helped them grow (http://www.asiaconverge.com/2019/11/china-wants-the-world-to-listen-to-it/). Don’t destroy India by pushing back merit and achievement. This is true for education, and for jobs. It is also true for occupying seats of responsibility in bureaucracy, judiciary even politics.

Just do these, and you will find economic growth reviving. Don’t disappoint and destroy an aspirational India. 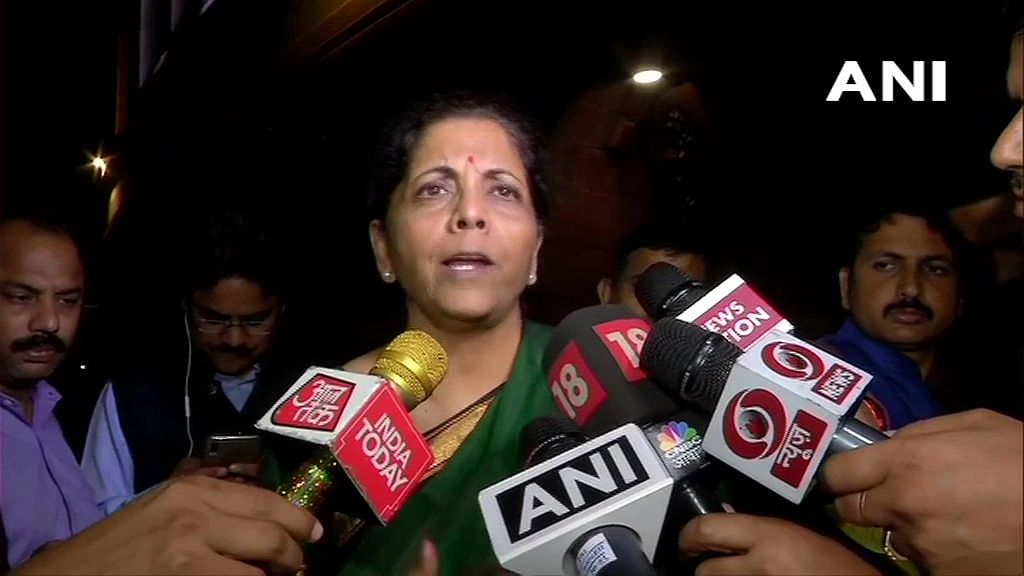 HomeAnalysisRecession or not, the pain is for real: RN Bhaskar