R&AW may have had a hand in l’affaire Mehul Choksi, writes Olav Albuquerque

Laws such as the Indian Penal Code, Criminal Procedure Code, Prevention of Money Laundering Act, have extra-territorial jurisdiction because they apply to foreigners like Ajmal Kasab, as well as to Indians. Whether Choksi is an Indian citizen or not is of academic interest. But unless he is extradited to India, he cannot stand trial
Olav Albuquerque 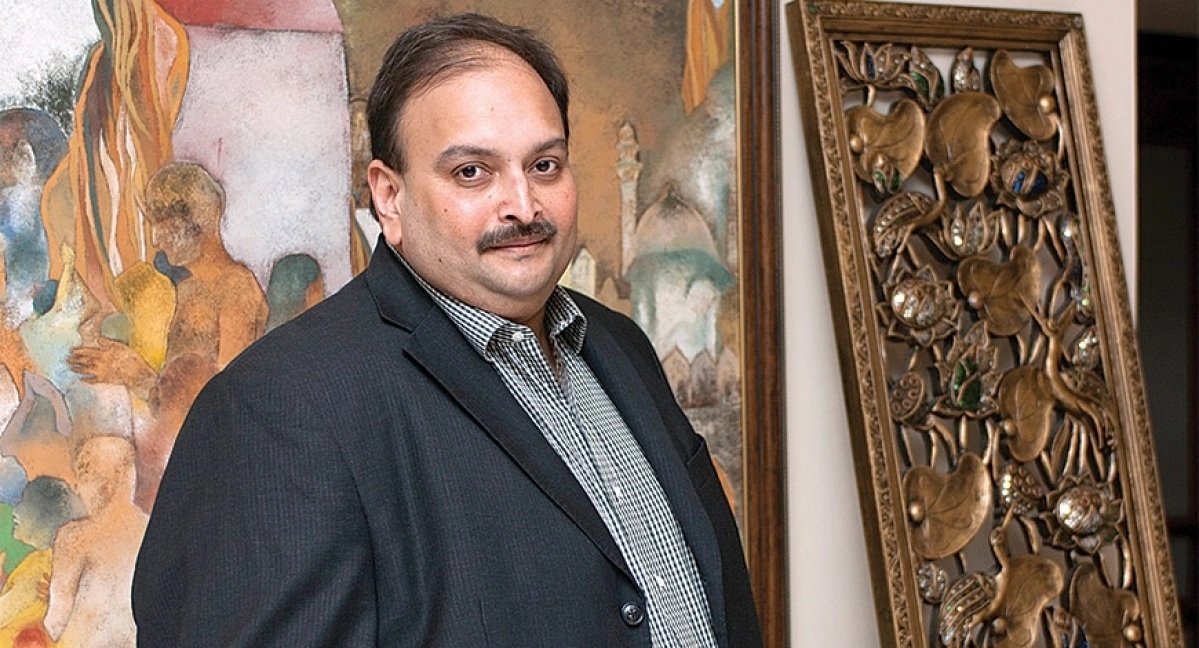 Two primal questions of international law which need to be answered will now be deferred after a Dominican magistrate’s court refused bail to economic criminal Mehul Choksi who will stand trial for illegal entry. Choksi alleged he was abducted on May 23, thrashed and brought into Dominica by men with Indian accents and Antiguan personnel who gave him electric shocks with a Taser when he resisted.

The two international law issues which need to be answered are whether Choksi could have acquired Antiguan citizenship by misrepresentation and suppression that he was facing 11 criminal cases under the Prevention of Money Laundering Act in India? And also, if his so-called Antiguan citizenship could have become final without confirming he had renounced his Indian citizenship? Choksi’s lawyers have thwarted a quick reply to these vexed questions.

What emerges is if India’s R&AW and the Antigua government may have acted together to allegedly abduct Choksi in a Mossad-style exercise, Prime Ministers Narendra Modi and his Antiguan counterpart Gaston Browne need to be complimented for ensuring laws pertaining to citizenship are not misused to thwart Mehul Choksi’s extradition to India. The use of a femme fatale who invited Choksi over to her flat smacks of a typical R&AW exercise where a honeytrap is used to bait a fugitive like Choksi. Unless okayed by the Prime Ministers of India and Antigua, their intelligence agencies could not have cooperated.

Neither PM Modi nor Browne will ever acknowledge their agencies joined hands but the phrase “use a thief to catch a thief” applies because Choksi has allegedly bribed the opposition in both Antigua where he claims citizenship and also in Dominica, where he is an alien. His brother allegedly paid $200,000 to Dominican opposition leader Lennox Linton, who attended the court. Shockingly, the judge gagged the media from reporting both within and outside the court premises - something unheard of in recent times.

In India, Mehul Choksi has been charged with bribing the state-run Punjab National Bank (PNB) officials to cause losses of Rs 13,500 crores or $1.5 billion before fleeing to Antigua and Barbuda in 2018, soon after he claims to have acquired citizenship there in 2017 using the investment route. Prime Minister Gaston Browne wrote to Choksi in 2019 that he would be deprived of his Antiguan citizenship acquired by misrepresentation and suppressing vital facts.

Mehul Choksi is part of a long line of scamsters who have followed the loot-and-scoot strategy. The Hindujas were acquitted in the Bofors scam and settled in the UK, followed by Vijay Mallya, Lalit Modi, Choksi’s nephew Nirav Modi, who have all made India look stupid in the eyes of the world. Lalit Modi uploaded a photograph of himself with ex-Interpol chief Robert Noble whose brother James Noble, had a $365,000 property partnership in Strafford County in the US.

Experts forget that Choksi committed a crime on Indian soil, specifically in Mumbai. So, he has to stand trial. Laws such as the Indian Penal Code, Criminal Procedure Code, Prevention of Money Laundering Act, have extra-territorial jurisdiction because they apply to foreigners like Ajmal Kasab, as well as to Indians. Whether Mehul Choksi is an Indian citizen or not is of academic interest. But unless he is extradited to India, he cannot stand trial.

He got a temporary reprieve when his lawyers argued that Dominica Police violated the island’s law of producing an accused in court within 72 hours of charging him with a crime. Judge Bernie Stephenson of the Dominican supreme court ordered Choksi be immediately produced before a magistrate’s court, which refused him bail. Choksi claims he was kidnapped and did not enter Dominica voluntarily.

Although an eight-member team from India flew into Dominica to attend the court proceedings, the Indian government was not mentioned, although it sought to be impleaded in the proceedings. The Dominican government wanted to deport Mehul Choksi to India or extradite him to Antigua. The Dominican prosecution urged the court not to hear the habeas corpus petition because Choksi is not a citizen of Dominica.

Antiguan Prime Minister Gaston Browne has alleged Mehul Choksi bribed the opposition United Progressive Party (UPP) to raise a ruckus in his favour in Parliament. This was why the UPP accused Gaston Browne of disregarding Mehul Choksi’s constitutional and legal protection as a citizen of Antigua. Together with the $200,000 bribe allegedly given to Dominican opposition leader Lennox Linton, master scamsters like Choksi are experts in subverting governments and making a mockery of the courts. Bribing opposition leaders is ‘passe’ for Choksi.

So, even if the Prime Ministers of both Antigua and Dominica do not want Choksi on their soil, he has successfully thwarted the issue of whether he is a citizen of Antigua or not by facing a trial in Dominica on whether or not he had illegally entered Dominica. Just as his intrepid nephew, Nirav Modi, has opted to stay in a London jail, Choksi will now enjoy the facilities of a Dominican jail while his lawyers battle it out in court.

Choksi’s elder brother Chetan ‘Chinubhai’ Choksi allegedly met the Dominica opposition leader, Lennox Linton, who is an attorney-at-law. Media reports suggest the two had agreed that in exchange for token money and promise of an ‘election donation’, Linton would raise Mehul Choksi’s matter in the Dominica parliament - even though he is not a citizen of this island republic.

Meanwhile, Mehul Choksi’s wife, Priti Choksi, claimed the photographs of his ‘girlfriend’ Barbara Jarabica, who ‘disappeared’ after Choksi surfaced in Dominica, did not match her physiognomy. His wife denied Choksi took his ‘girlfriend’ for a ‘romantic’ trip to Dominica despite claims to the contrary by Premier Gaston Browne.

And so, l’affaire Mehul Choksi grabs the eyeballs in India and abroad because his shenanigans enrich the economy of Antigua while depleting that of India.

The writer holds a PhD in law and is a senior journalist-cum-advocate of the Bombay high court.