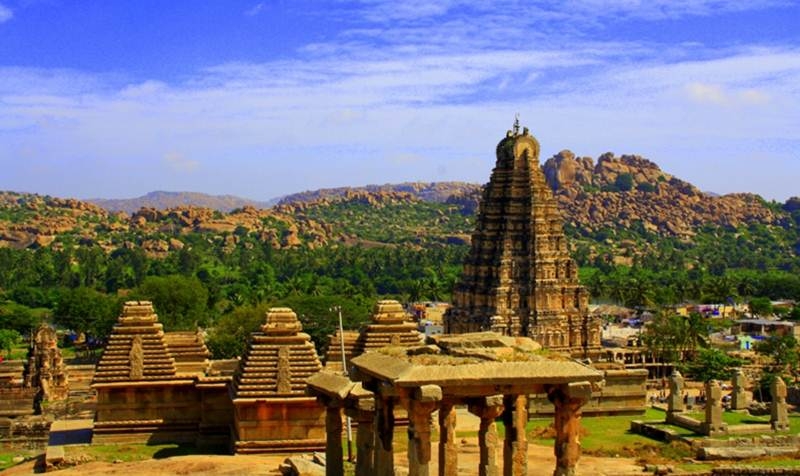 The judicial resolution of the 70-year-old Ayodhya dispute has mitigated the most inflammatory cause of Hindu-Muslim divide in India and given relief to the average citizens engaged in pursuing their livelihood in peace. The unanimous verdict of the Supreme Court's five-member Constitutional Bench recognising the spot under the central dome of the demolished Babri Masjid at Ayodhya as the birth place of Lord Ram for worship and giving the title of the entire disputed land of 2.77 acres to the Hindu side is a transformative development that yields a significant end result of the long search for validation of what is a major determinant of India's national profile. The judgement rests on points of both law and fact but the apex court also invoked Article 142 of the Constitution to give a verdict of arbitration on two points– accommodation of Nirmohi Akhara in the Trust that would oversee the construction of a Ram Temple at the site, and award of five acres of land by the government at a suitable place in Ayodhya to Muslims for building a mosque in lieu of their lost claim.

Both Prime Minister Narendra Modi and RSS chief Mohan Bhagwat had called for restraint on the part of those who considered the verdict as their victory. While many Muslim leaders grudgingly accepted the judicial pronouncement, the All India Muslim Personal Law Board kept the option of a Review Petition open, claiming that the verdict was flawed. The main opposition, Congress, attempted to derive political mileage from the development by insinuating that the BJP will no longer be able to exploit the issue on communal line for electoral gain. It thus tried to keep itself on the right side of Muslims while going along with the judgement. The overriding impact of a huge problem of national import being resolved through a credible judicial process has apparently injected political sanity in the responses to the judgement received so far. The democratic texture of Indian state remains intact and this is an invaluable gain. It was clear before the verdict came that only one side would feel vindicated leaving the other with a sense of loss. There are three substantive elements in the judgement however, that would give the Muslim contestants the consolation of having been dealt an even hand. First, the highest court of the land clearly pronounced that the Babri Masjid demolition was a violation of law since the entire structure of the mosque was brought down in a 'calculated' act of destroying a place of public worship.

Second, the judgement has after an extensive examination of the facts of the case recorded upfront that "the evidence...in respect of the possessory claim of the Hindus to the composite whole of the disputed property stands on a better footing than the evidence adduced by the Muslims". The Court held that "the existence of an Islamic structure at a place considered sacrosanct by the Hindus did not stop them from continuing their worship at the disputed site…within the precincts of the structure" as this "did not shake the faith and belief of Hindus that Lord Ram was born" there. It further concluded that according to ASI finding "the 16th Century mosque of Mughal Emperor Babar was not built on vacant land". The judgement used the words "faith" and "belief" here only to establish the fact of continuity of worship by Hindus inside the Babri Masjid. The apex court pronounced that the three-way bifurcation of the disputed land by the High Court was neither legally sustainable nor feasible in terms of sub serving the interest of either of the parties.

And lastly, the Supreme Court felt the Muslims had been wrongly deprived of a structure, even if its exclusive use by them as a mosque was not established, through means which should not have been deployed in a secular nation committed to the rule of law. Taking note of the entitlement of the Muslims, the Court pronounced that a five acre plot at an alternative site in Ayodhya will be allocated for the building of a mosque. This is not a gift of charity as made out by some Muslim critics of the judgement but a judicial recognition of the claim of the Muslim side.

It is extremely significant that the Supreme Court prefaced its judgement with the observation that "this Court is tasked with the resolution of a dispute whose origins are as old as the idea of India itself". As the world's largest practising democracy India was being "secular" in terms of showing respect to all faiths and making no distinction of caste, creed and region amongst citizens in matters of providing development and protection of law. It was however, always clear that India's civilisational legacy that made it an entity of its own was older than what the Prophetic religions had brought to the world just over two thousand years ago and that the great mix of colour they all provided to this land had to be kept from creeping into our electoral politics and corrupting the democratic system of equality for all.

Minority politics threw up a conflict-ridden domestic scene here as faith-based vote banks were sought to be preserved by their protagonists through a needless denial of the reality that India demographically was a Hindu majority country. So long as the elections were fought here on the ultimate principle of "one man one vote" － the very basis of democracy － and the elected political executive governing the nation did not carry any denominational stamp, it would be ensured that the citizens had the freedom of religion and the right to pursue socio-cultural traditions provided they did not create disharmony and that political governance could remain above religion. India's contemporary status as a democratic nation could therefore exist in consonance with and not in disregard of its Hindu inheritance. The Ayodhya verdict has given clarity to this idea of India.

The Modi government has to be given credit for patiently taking the path of Judiciary for getting the Ayodhya conundrum resolved in the face of mounting pressure from Hindu groups for facilitating early construction of Ram Temple through other methods. That the temple project will be overseen and monitored by the Government takes the communal sting out of it to an extent. The Ayodhya conflict was creating a vertical divide in the country, between its two largest communities, and election politics based on communal identity was clouding the historical reality that India could live on as a Hindu majority nation offering a socio-cultural spectrum of its own but treating all its citizens equally at the political level.

In a democracy, a citizen lives in three dimensions– 'personal' that gives the choice of faith, 'social' that provides cultural freedom and 'political' that guarantees the right to chose his or her representative in an election. Many parties have played minority politics for gaining power and done so in a manner that deprecated nationalism and progressively put such matters as respecting National Flag and National Anthem into question. The communities were pushed towards religious fundamentalism in the process creating a possibility that an adversary next door would be tempted to exploit the scene. India should ideally move towards a situation where Muslims will figure amongst the political leaders of Hindus and vice versa. Why should the communities be led by people of their own denomination in a democratic state? The Ram Mandir resolution should help India to reinvent its nationhood by creating a new sense of unity. As Prime Minister Modi rightly said "fear, bitterness and negativity have no place in new India". The state would at the same time be well advised to prevent any mischief that could be created by trouble makers within or by those guided from outside of our borders, in the aftermath of the Supreme Court verdict.

The writer is a former Director Intelligence Bureau. Roles of PMs in the tale of Ayodhya