Rajya Sabha hiccups may well be over for BJP 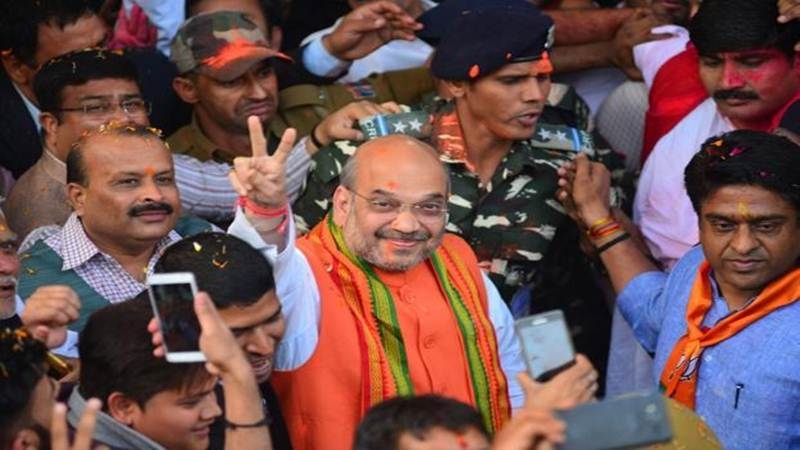 Even as the agitation of social worker Anna Hazare at Ramlila Ground in New Delhi is going unnoticed in the national media, the ruling Bharatiya Janata Party (BJP) is busy in celebrating its unprecedented victory in the recently held Rajya Sabha elections, particularly the success in Uttar Pradesh, where the party was down only last week when it had lost both significant by-elections there. Anti-BJP winds had started blowing after this humiliating defeat of the party. However, this round of elections to the Rajya Sabha came as a big boon for the ruling BJP, as it is for the first time in history that the party has emerged as the single-largest group in the Upper House.

On two earlier occasions, when the Congress was in the opposition in 1977 and 1998, the party enjoyed the privilege of controlling the Rajya Sabha and being the largest in the house of elders. This position has slipped away from the Congress this time with the party losing many seats and the BJP making big gains. The biggest gains for the BJP as expected are from Uttar Pradesh. The party not only got eight seats but it succeeded in snatching the additional ninth seat, stopping a gain for Mayawati with the Samajwadi Party’s help. This became possible because of internal dissensions among the partners, who stopped the BJP in the recent by-elections to Lok Sabha from the state.

The Rajya Sabha poll tie-up between the SP and the BSP was the second experiment in stopping the BJP on its tracks. The significance of this round of Rajya Sabha polls is that the NDA has emerged in a commanding position, though on its own it is still short by 40 seats for a majority in the 245-member house. The BJP has emerged as the largest single party and the NDA the largest bloc, but it is not yet near the majority. The Congress’ strength has fallen to 52. The BJP has gained because of cross-voting in Uttar Pradesh from Mayawati’s party. Actually, it was expected that the last-minute defection by Naresh Agarwal would damage the SP, but the real loser turns out to be the BSP. It may be recalled that Mayawati had made it a condition that a Rajya Sabha seat for her party would cement the anti-BJP alliance in the state. She was to announce her next move after the Rajya Sabha poll. Although, she may not have fathomed the defection from her own party. Clearly, the BJP had done its homework better. It goes to the credit of the shrewd strategist Amit Shah that not only did he ensure BJP victories in so many states, but he managed to snatch at least three extra seats for the party in UP, Jharkhand and Karnataka.

This round of election was significant as this is the last major exercise of biennial elections during this term of the Modi-Government. The gains the BJP and NDA have made in the Rajya Sabha are crucial for the ruling party’s governance agenda. So far, the Opposition has enjoyed the veto in the Upper House. It was able to block many bills, pass resolutions criticising the government, and the numerous advantages it enjoyed stopped many pet programmes of the Modi government. That is no longer the situation. With friendly parties in the opposition, now the NDA will be in a position to call the shots even in the Rajya Sabha.

After the wins in Tripura and Nagaland, the BJP has 22 states under its rule. Thus, it is natural that the party was bound to gain number of seats. In the coming days, this trend is likely to strengthen the BJP and thin the opposition. The BSP leader Mayawati was so confident of winning one seat that she made all arrangements to ensure that her candidate got 37 first preference votes. She had asked the SP to give a list of ten loyal MLAs from the SP who were to vote for her candidate. She was assured of seven Congress votes and one from Ajit Singh’s party. The counting of votes in UP was disrupted because of allegations of cross-voting from both SP and BSP. The net gainer is the BJP.

With cross-voting from her own party damaging BSP candidate’s prospects, Mayawati cannot charge Akhilesh with betrayal. But, it is a major setback for the SP-BSP joint effort which succeeded in stopping the BJP in the recent Lok Sabha by-poll from Gorakhpur and Phulpur in UP. The UP debacle will strain the deal between the SP and BSP, at least temporarily.

As per the latest seat-tally, there were 59 Rajya Sabha seats including one by-election involved in Friday’s poll. Of this, 33 seats were declared unopposed and the rest 25 seats were declared after a contest. Normally, Rajya Sabha polls are not considered a barometer for political temperature as MLAs vote on predicted lines. Only cross-voting make headlines. The BJP that has an overwhelming majority in the Lok Sabha, was so far kept under check by the Congress on its numerical superiority in the Rajya Sabha. The BJP has also demonstrated its manipulative skills when it comes to cornering its arch-rivals.

With the outcome of the fresh Rajya Sabha verdict, the BJP and the Modi-Shah duo can breathe easy in the Upper House, too. This situation would enable them to work for the much awaited 2019 show of strength.

Bharatkumar Raut is a political analyst and former Member of Parliament (RS).