Potholes and bad roads must be made political issues; Mumbaikars have tolerated too much for too long, writes Smruti Koppikar

It's an open secret that Mumbai’s nearly 2,055km-road length is divided between entrenched players in the infamous road contractor lobby which has a political nexus that it capitalises on. There is a set of contractors and subcontractors who use substandard material and highly inflate their contracts. It is safe to assume that a percentage of the contracted amount flows into political coffers.
Smruti Koppikar 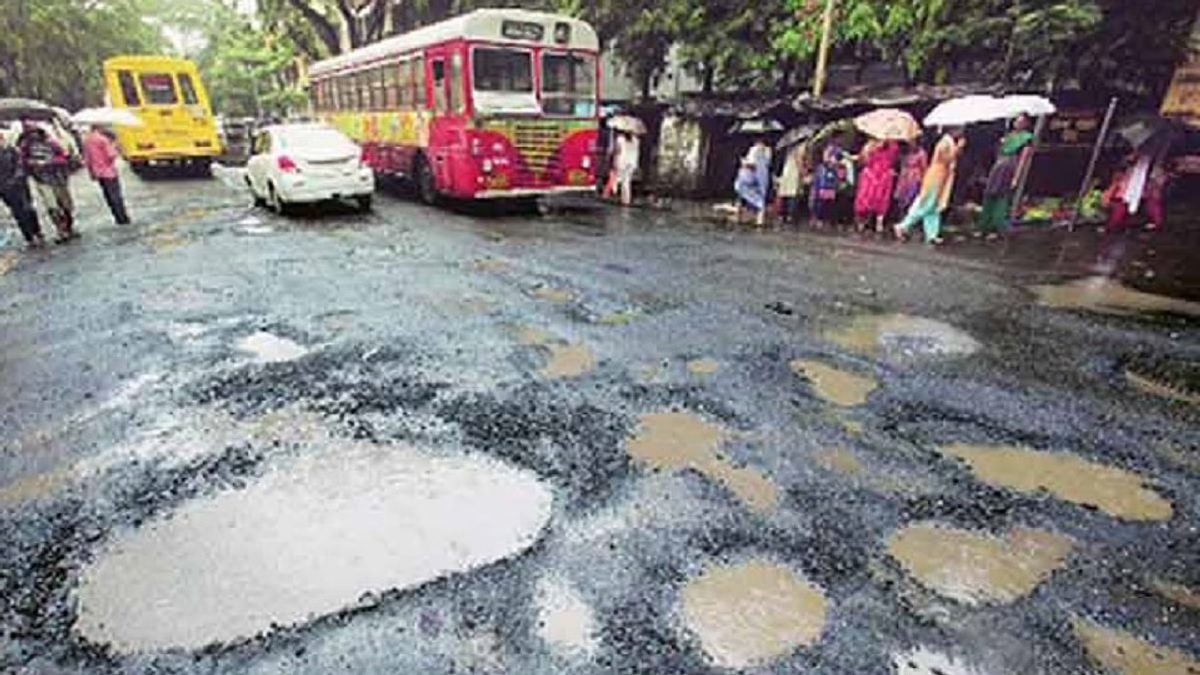 That potholes on roads are endemic to Mumbai, the commercial capital of India that houses nearly 20 million residents and aspires to be an international metropolis, should be a matter of embarrassment. That Mumbai’s urban governance discussions often centre on this issue, which should not even have emerged as one, shows the enormous work needed to make Mumbai’s roads safe and accessible.

Potholes have become an annual affliction and prompt an annual charade. Mumbaikars outrage, complain when possible, and watch as the Brihanmumbai Municipal Corporation takes haphazard action – sometimes as ad hoc as filling them with construction debris – to smoothen roads before potholes re-appear. The Shiv Sena and its former ally in the BMC, the BJP, must hang their heads in shame that Mumbaikars lose lives every year after their vehicles – usually two-wheelers – hit potholes and end in horrific accidents.

This year, Mumbai Mayor Kishori Pednekar elevated the charade a few notches. In a video clip that went viral on social media earlier this week, the mayor is seen scandalised at potholes on a heavily-used suburban street, and pulls up civic officials. The camera was conveniently positioned to capture the best view of the incensed mayor and suitably chastened-looking officials. The mayor informed Mumbaikars that potholes would be repaired in two weeks. Later, she held a well-publicised meeting with Municipal Commissioner Iqbal Singh Chahal, said that she had instructed him to urgently repair potholes, and reassured Mumbaikars that potholes would be history by the end of October.

If only that could be true. Chahal, of course, knows his job. He steered the city through the deadly second wave of Covid-19 earlier this year and is widely seen as a no-nonsense man. If potholes – or for that matter other issues such as pedestrian-friendly pavements, garbage-free corners, safe and usable bus shelters to cite a few – could be so easily resolved, Mumbai would have been a model city long ago.

There is no street in Mumbai, except for a handful that house the city’s wealthy and powerful, that does not degenerate every monsoon. Some have so many potholes that there are tiny strips of street in between large potholes or craters. How come the mayor – or anyone in the ruling Shiv Sena – did not create a tandav with cameras in tow all these years? Don’t read this wrong. If her public show of temper ends in more roads with fewer potholes, it would have served its purpose. But the question is: why now?

The answer is obvious to those who follow the election calendar. If it goes as planned, Mumbaikars will be voting for the BMC’s general body in the next few months. Faced with deep anti-incumbency over its urban governance in the last three decades in the BMC, battling old frenemies like the BJP or new allies like the Congress and the Nationalist Congress Party, the Shiv Sena wants to position – or reposition – itself as the party sympathetic to Mumbaikars. In a fragmented political landscape, every vote matters. Pednekar unofficially began the party’s election campaign.

Is it so difficult to lay roads where potholes and uneven stretches will be the exception, not the default state? It cannot be that the BMC does not have the requisite technology or the resources. In the 2021-22 BMC budget, Rs 18,750 crore has been earmarked for capital expenditure, of which Rs 1,600 crore is meant for roads. In the last 24 years, a staggering Rs 21,000 crore has been spent only on roads, RTI responses showed.

It cannot be that well-intentioned officers are not thinking about the issue. This civic corporation’s ‘Mumbai Model’ of Covid-19 management drew wide praise this year, including from the Supreme Court. Why then is it unable to grapple with the potholes issue and give Mumbaikars a good road network which is a basic civic service? The answers go beyond the administration.

It is an open secret that Mumbai’s nearly 2,055kilometre-road length is divided between entrenched players in the infamous road contractor lobby which has a political nexus that it capitalises on. There is a set of contractors and subcontractors who use sub-standard material and highly inflate their contracts. It is safe to assume that a percentage of the contracted amount flows into political coffers. The civic administration is either marginalised or part of the nexus.

The sub-standard quality means the road is up for repairs or re-laying the following year too, and often contracted to the same firm again. And thus the cycle goes on. This road scam came to light in 2015 and led to the BMC filing FIRs as well as blacklisting certain contractors. It does not seem to have had any salutary effect on the approach that contractors have since taken to their work. If anything, there are more – not fewer – potholes since. Cleverly, the BMC has asked Mumbaikars to report potholes when its teams should be tracking them.

Good, sturdy and motorable roads are among the most basic of civic services – a non-negotiable contract between the civic body, politicians and citizens. If the first is falling short, the second is part of the problem, there is no alternative but for citizens to step up their engagement level beyond complaining.

Let’s make potholes – in fact, good roads – a political issue in the upcoming election, push the BMC to form non-political area audit teams that include citizens, keep a collective check on work done by contractors in our areas, share information on a common platform and find ways to name and shame contractors who turn in such shoddy work that Mumbaikars lose lives. Mumbaikars are now used to bad roads. It should never have come to this sorry state.