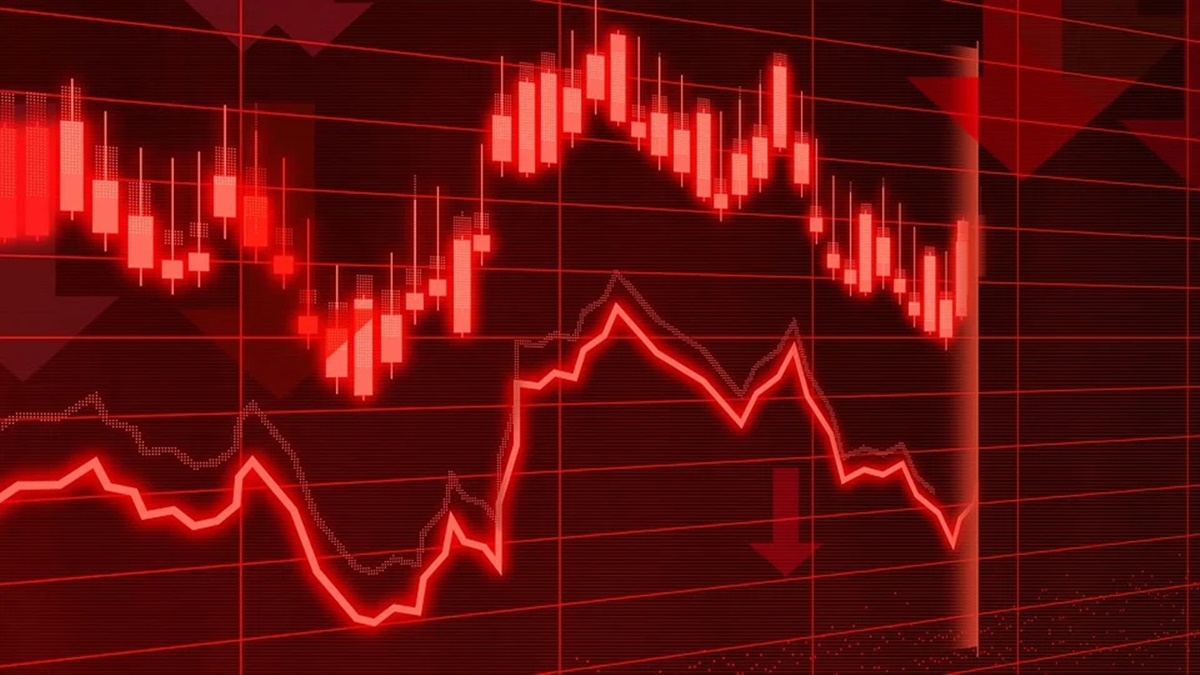 Ah! the clock is always slow.

It is later than you think

There was a time when most people had the confidence that the economy would be pulled up by its planners. There as a time when atma nirbhar Bharat made sense. Not anymore. Dear policymakers, wake up. It is much later than you think.

For those who would like to lull you into believing that everything’s all right, it is necessary to look at what noted economists Arvind Subramanian and Josh Felman have to say about India. The talk was made at the IGIDR (Indira Gandhi Institute of Developmental Research) in Mumbai on 17 December.

The two authors (like many astute analysts) have not been extremely comfortable with the (scant) official data put out by the government. So, they recomputed the numbers through a “posterity” curve. They plotted this by using the numbers given by the National Statistical Commission (NSC) panel, headed by Sudipto Mundle, during 2005-05 and 2010-11. They also considered other indicators like IIP (consumption), IIP (investments), tax revenues, exports, imports, and credit. 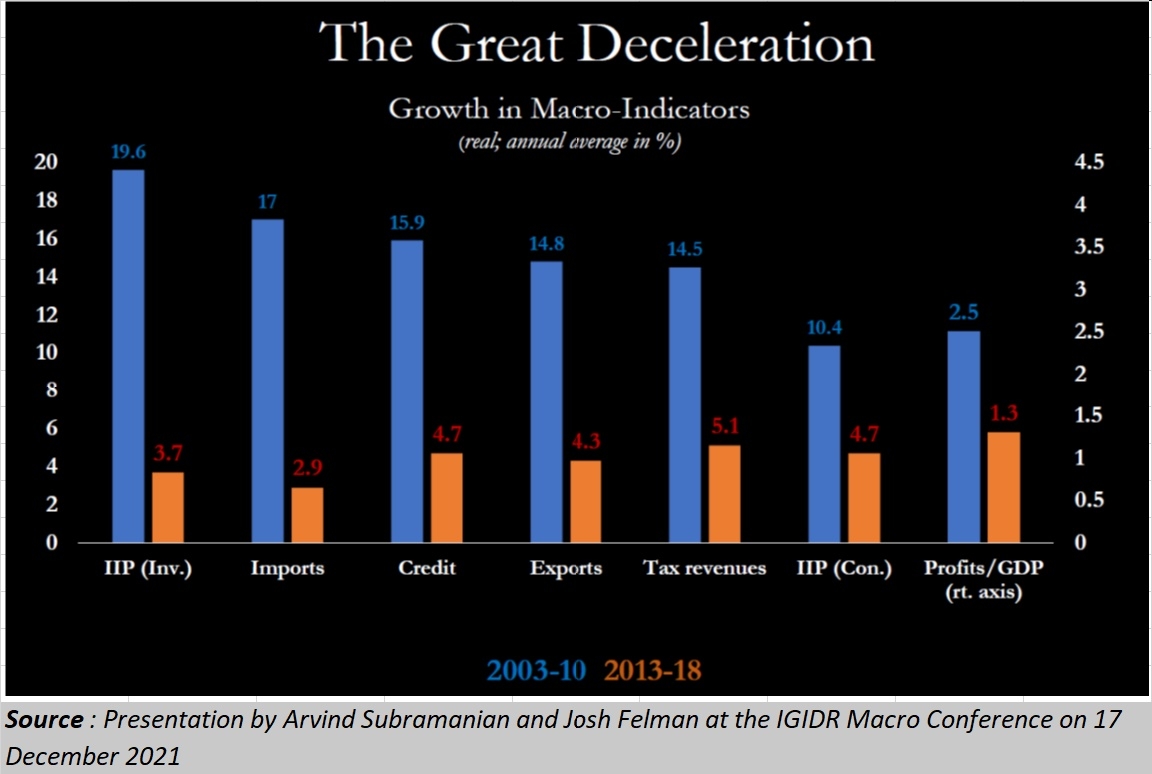 They show that growth slipped badly in respect of IIP (investments), imports, export, credit, tax revenues, and profits as a percentage of GDP.

These columns have dealt with many of these issues earlier. They have pointed to dangers in each of these segments. But the composite picture painted by these economists should make anyone sit up with shock and alarm.

For instance, we have drawn attention to IIP figures.

We have also pointed out how exports are slipping badly, especially during the last seven years. In the same article we also talked about the unemployment crisis that was looming large. Unemployment has become worse, as CMIE points out. India has seen a loss of 10.5 million jobs, when it should actually be creating at least 13 million jobs incrementally year after year to keep pace with a growing population. Unemployment has been over 7% during the past three months, and rose to 7.9 per cent in December 2021. 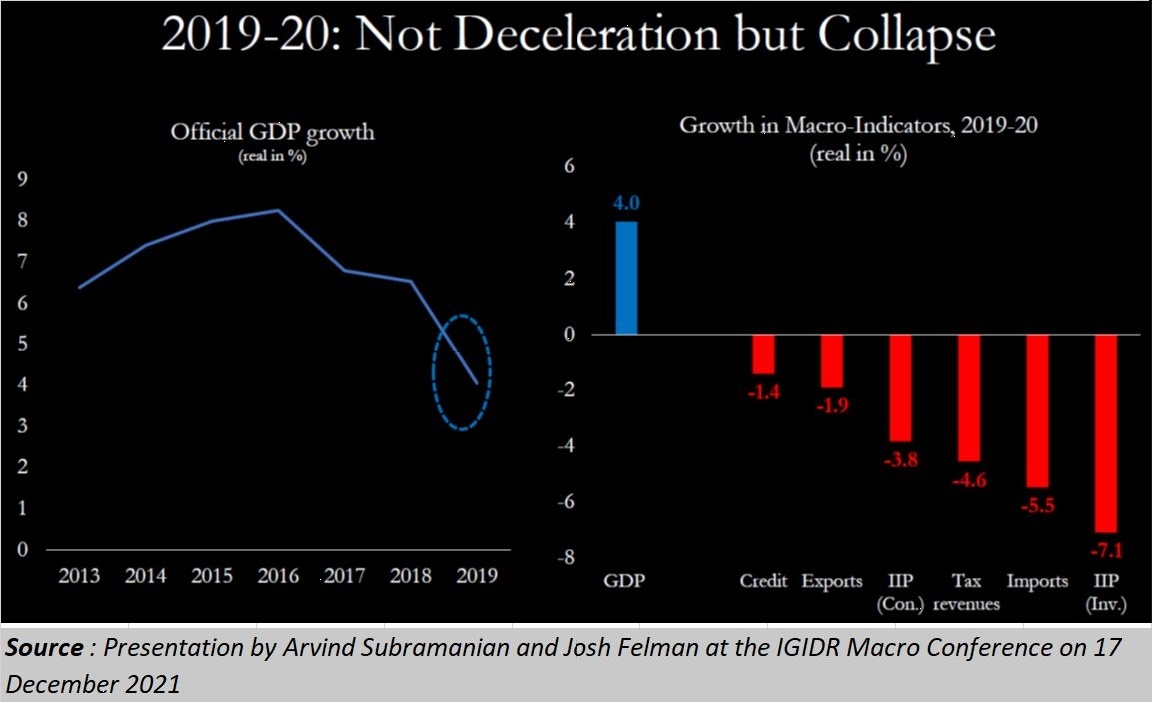 Similarly, we have provided data which point to a definite deceleration in corporate profitability.

In another article we pointed out how tax revenues are not really buoyant, but that GST collections have gone up because more cash was injected into the markets. Even while the government kept pointing to the increase in GST collections as indicative of an economic rebound, it was obvious that almost Rs.3 lakh crore of GST remained uncollected. 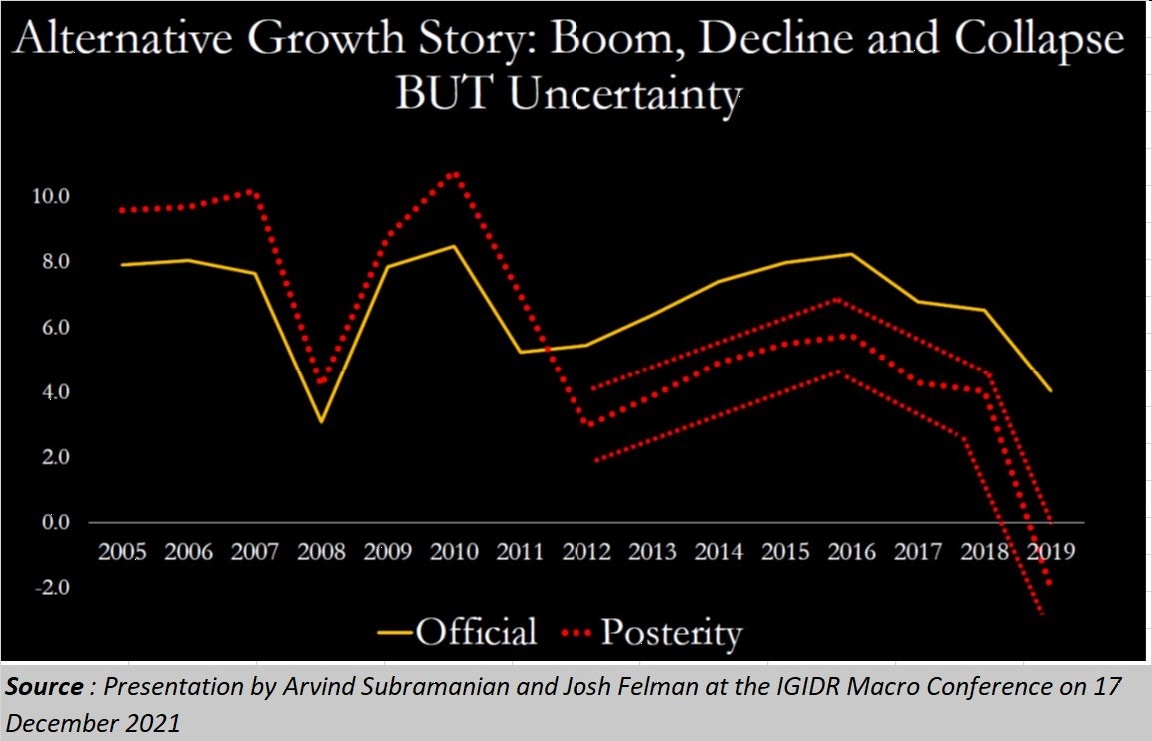 If tax collections have increased, it is primarily because the rates of taxation have increased, and more items are being brought under high taxation (e.g., petrol and diesel cesses). They do not indicate a robust economy.

The two economists believe that even though there is uncertainty about the numbers, the trends indicate an even more painful time ahead.

It must also be stated that not everyone agrees with the estimates put forward by Subramanian and Felman. But there is no denying that the country is going through a very painful phase of painful unemployment and low economic growth. The situation is grim, and could lead to very unpleasant consequences.

There are two ways of looking for solutions. One is the immediate need for jobs and sustainability. For many, it is a matter of survival; of taking care of the family and self. The other is longer-term.

Given the innate entrepreneurial spirit that India’s business communities have, there is reason to believe that the country can survive, even thrive. But will India’s policy makers allow it to? Or will the hordes of surging unemployed be used to wreck every institution? Will the surging numbers of desperate illiterate youth be suckered into rent-a-mob activities? Such possibilities are terribly scary.