No care in medicare

In fact, it was human development that became the central focus, once again, when the government decided to reserve 27% of medical and 10% of the seats for economically weaker sections (EWS) in the All-India Quota for medical education for undergraduate, postgraduate, and dental students from 2021-22 onwards. 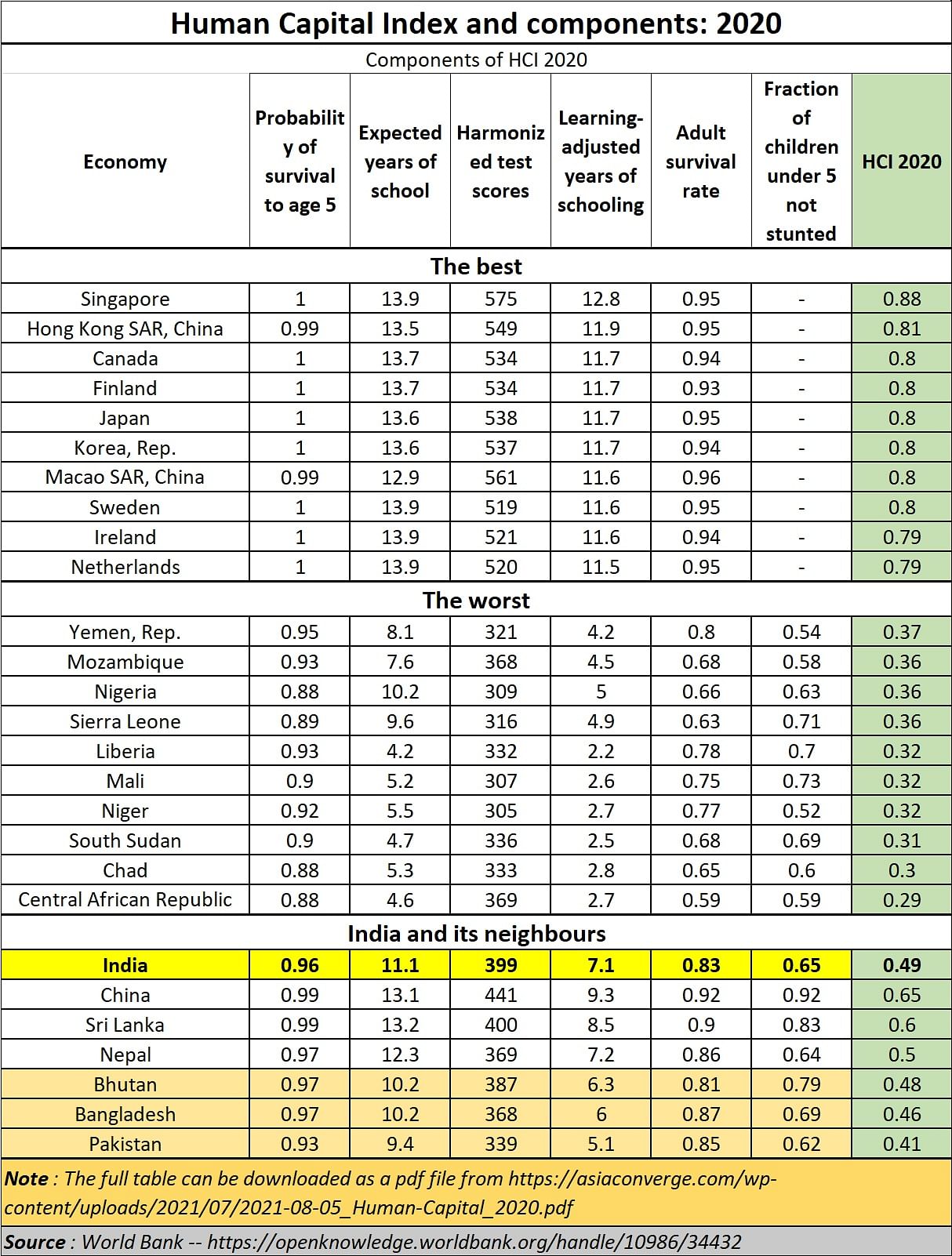 The prime minister hailed this a landmark achievement. But the wise saw deepened furrows on their brows. They realised that when a government learns to distribute, before learning to create, the country could be in big trouble. A senior doctor quipped “giving OBC and EWS categories ready made degrees might help them more”. Clearly, nobody told the PM about the relevance of human capital.

The bitterness arises from the way the government has failed to create more medical seats even after it dissolved the Medical Council of India (MCI) in September 2020. It then created a National Medical Council which then became the regulator for this sector. This is great for optics. But the regulator has been given no powers. In fact, it should have been the nodal authority to oversee the functioning of medical services during the pandemic. It should have promptly allowed a ten-fold increase in medical seats, in India. Everyone knows that there is a shortage of doctors in this country. Everyone knows that even the number of nurses and paramedical staff is woefully inadequate. Ditto with hospital beds, ICUs and even oxygen cylinders. And yet, you find a government flaunting its Ayushman Bharat scheme, without doctors. India’s death rate has increased, not declined since then.

It was equally sickening to watch the government declare before parliament that there was no shortage of oxygen beds when ground reports confirmed the contrary. As stated earlier in these columns, does the government expect doctors in hospitals (most are government owned) to state in writing that there was a shortage of oxygen, or even food because of which people die? No doctor wants to lose his job, or even his certificate of practice, because such a certificate would have provoked local government officers. They could be prosecuted for not supplying medicare centres with some of the basics. So, death on account of oxygen shortage gets classified as respiratory failure, and hunger as death on account of natural causes.

Education has similar stories to tell. Within a few days, the government will be celebrating the first anniversary of the New Education Policy. What is there to celebrate about? India must be the only country in the world to happily cancel examinations first, and then sit down to decide how to give examination certificates in the absence of exams. Even this exercise to work out norms for promoting students was embarked upon under pressure from the courts.

Look at other scores on the education front. India scores poorly on the QS scores. Ditto for PISA rankings and almost every other survey carried out by reputed third parties.

The absence of good (and reasonably priced) education in India has compelled more than 750,000 students to go overseas – many for medical courses because the seats are just not there in India. The government thus allows an amount of Rs.2.3 trillion (2.3 lakh crore) to be spent overseas, thus creating jobs and enabling commerce in other countries each year than in India.

So, what has the NEP done to ameliorate this situation? Even the Budget does not provide much for education.

Then look at the difference between number of years at school and learning adjusted years at school. The first is pure statistical data. The second is outcomes, something that India does not like to measure. In fact, going by anecdotal data, and surveys conducted by Pratham, the second number should be a lot worse. According to tis report, in 2018, only 44.2% of the boys in Std V could read the books meant for Std II. The score had declined from 53.1% in 2008.

Not surprisingly, India’s ranking on the World Bank’s Human Capital Index (HCI) is terrible. Compare its scores on infant mortality and life expectancy, and stunted children. The last is a result of both malnutrition and non-provision of the right stimulus for a child’s mind during its formative years. Expectedly, people rankle when the government then talks about atma nirbharta (self-reliance) and Make in India.

Look at the chart again, and you will find countries like China, Nepal, and Sri Lanka sporting better scores on many fronts than India.

Yes, it is heartening to note that even if India’s ranking on the HCI front did not improve, its scores did, though marginally. Pakistan’s performance worsened both in terms of ranking and its scores. Myanmar’s case is unfortunate. Its scores increased, but its ranking did not. Bangladesh slipped on both counts. But watch Macau, and Sri Lanka. They have improved on both scores and rankings. Nepal has better scores than India and even a better ranking. But it has slipped from its earlier ranking in 2018 even though it has higher scores. 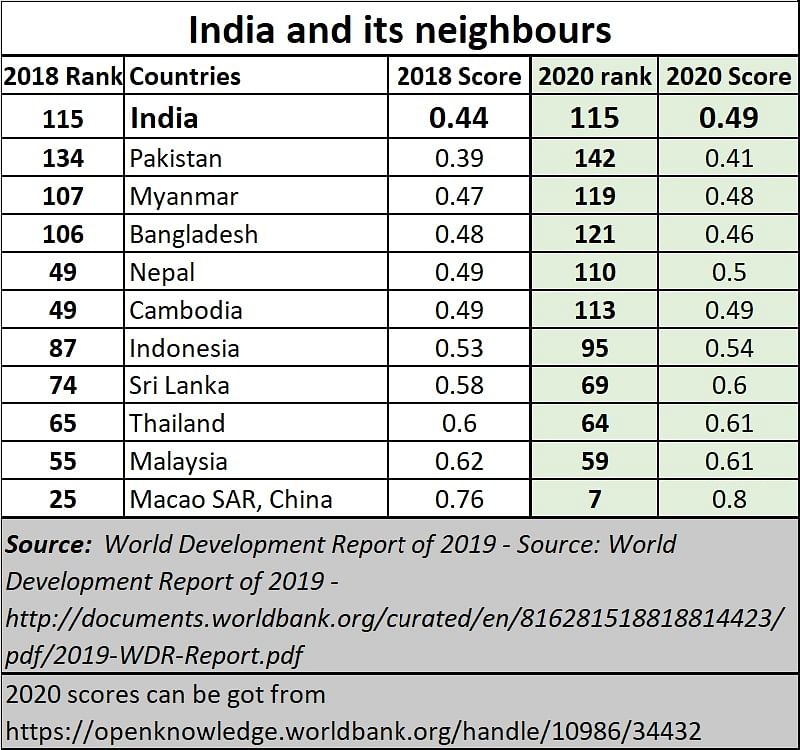 That tells us that many countries are improving rapidly. But not India. Unless it can get education, health care and judicial services improve, India will be condemned to remain in the same league as Pakistan.