Policy watch: Are Indian PSBs headed for a further downgrade?

The cabinet reshuffle is over. At the end it looked like another tamasha. A colossal waste of time, just when all energies were required to bring India back to the path of growth. Take a couple of examples.

Meenakshi Lekhi is a Supreme Court lawyer. You need a competent law minister. She would have been ideally suited for that post. Especially at times when international arbitration is likely to become India’s migraine.

Rajeev Chandrasekhar is an industrialist who has accomplished much. Ideally, he should have been given commerce, or even finance. However, his talents will be useful as minister of state in the department of electronics and IT. We cannot comment on the others. But if India must be turned around, finance, commerce, labour, and law will be the drivers of change.

In fact, the finance ministry faces a huge challenge in the coming months. It must cope with the growing gross non-performing assets (GNPAs) at banks. True, the RBI (Reserve Bank of India) says that things are under control. But it said so when GNPAs were around 7%, then again when they were at 8%, and now when they are 9.54%. And do note the next set of numbers. They could head for higher levels of 12.54%, or 13.06% or even 13.95 % by next year. That should make the sweat beads run down your spine.

The GNPAs will swell on account of three reasons.

First is clear culpability of policy makers. It refuses to stop regulators from becoming directors on bank boards. Then, look at the haircuts that the government has allowed banks to suffer and promoters to celebrate in recent months. Some of the instances referred to in an earlier column are the Essar deals, the arrangements made for the Sandesara brothers who remain at large despite defrauding banks, the Ruchi Soya-Patanjali deal with banks, the C Sivasankaran-IDBI deal, and the Vedanta-Videocon deal. If promoters can dance their way back home and the banks continue to be burdened holding larger NPAs, the writing could not be clearer on the wall. India will get poorer. The taxpayer will be further burdened. 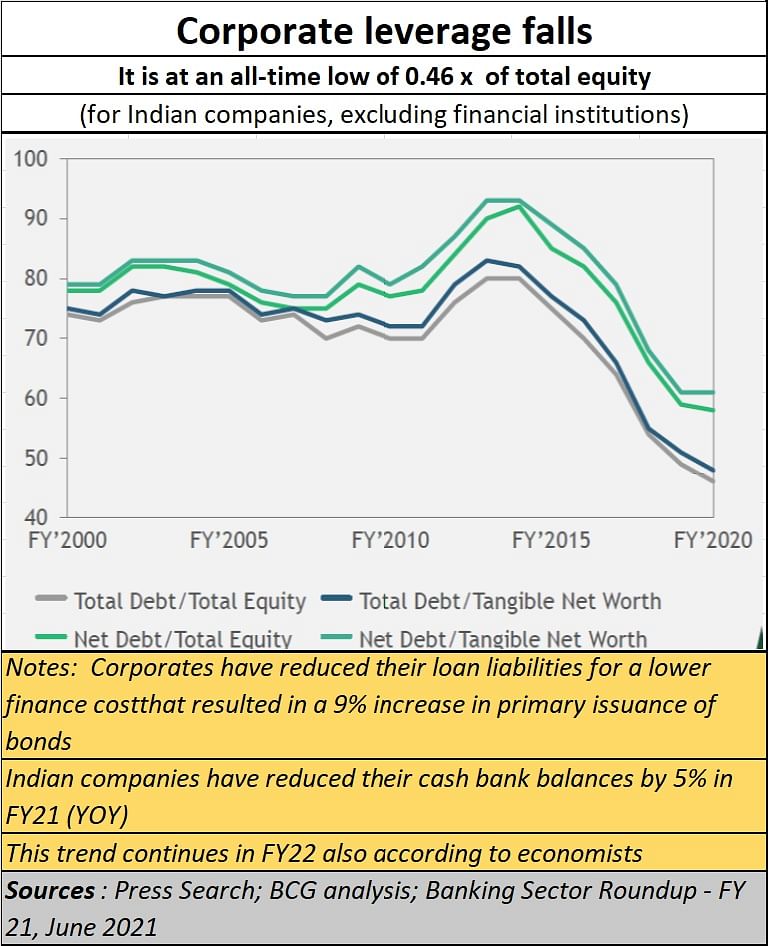 One more warning. The government should settle with promoters and get back all the money owed to banks first. Vijay Mallya offered to settle all his dues. Arrogance, spitefulness, and cussedness prevents the government from accepting this offer. So, banks lose more.

Instead, it should go after the likes of Nityanand, who has taken money, flaunts his newly acquired ‘kingdom’, and even his central bank. Mallya was a wealth generator, a man who created jobs. Nityanand was neither. The government should set its priorities right.

The second is the blind spot of the government in not noticing the need to create more wealth for the poorest segments of Indians. No, we are not talking about doles and grants – because that is what makes beggars of the best of men. We are talking about putting money in the hands of people by giving them the right price for their produce. Since rural folk account for 65% of India’s population, empowering them with better prices will mean more purchasing power to kickstart an ailing industry. That in turn will allow for a second level of purchasing power from better paid executives in the organised sector. But without the first round, the second level looks increasingly difficult.

At the moment, because there is dwindling purchasing power, industries are starved (see chart). The problem is not supply. It is demand.

As a result, corporates do not want to take up debt. They have used up their inventories. They have slashed labour costs either by retrenching staff or have renegotiated their wages to lower levels. Either way, money in the hands of people is rapidly depleting. This is evident in household debt stress that SBI talks about. It is also evident from the surge in gold loans.

The easiest way to reverse such trends is to bring money into the hands of rural folk. But there is no move to give more money to horticulture producers and dairy farmers. On the contrary, even in taxation terms, the dairy farmer has been discriminated against. Moreover, the three controversial farm legislations the prime minister is keen on ramming down the throats of farmers, deals largely with rice, wheat, and other grain. Not milk or horticulture. And do remember that milk is three times larger than rice and wheat together in terms of value and several times larger in terms of employment. Yet, there has been no move on the part of the government to announce an MSP for milk.

There is another worrying sign. The government has created a ministry for cooperation to be headed by Amit Shah. First, it is not a new concept. Mohan Dharia used to be the Minister for Cooperation in the government formed in 1977.

Will that be good for agriculture, and the economy? It is hard to tell. It is worth remembering that even after the Medical Council of India was dissolved in September 2018, the number of medical colleges and medical seats have not been increased. The mere creation or the dissolution of a structure means nothing if it cannot promote growth and better living. There is evidence that such ‘innovations’ have been used to consolidate power, and not enhance country’s wealth or well-being

There is a third reason why GNPAs could soar very soon. It is because of the fear of the eroding value of the rupee. You have increasing inflation rates. The small income earner and the businessmen are acutely aware of the negative rates of return he gets on bank deposits. When inflation rates are higher than bank deposit rates, there is erosion of money. So, every person who has cash is desperately seeking parking places for this money to prevent further erosion. Some have found it in gold. Some have found it in cyber-currencies or in shares. Some have tried to use up this money for purchasing real estate, even when they know that prices could fall further. That explains the surge in real estate purchases. It is desperation that is driving these purchases, not calculated need.

Either way, this creates asset bubbles. Many will burn their fingers. That will result in more NPAs.

In a way, the RBI knows that. There is one line in the Financial Stability Report 2021 which suggests this – “Within the bank groups, PSBs’ GNPA ratio of 9.54 per cent in March 2021 edging up to 12.52 per cent by March 2022 under the baseline scenario is an improvement over earlier expectations and indicative of pandemic proofing by regulatory support [Italics introduced by the author). The numbers could have been worse, says the RBI.

That does make one wonder what caused the numbers to show an improvement. Was it concealment of RBI inspection reports? The move by Saraswat Bank to prevent people from accessing its inspection reports has set alarm bells ringing. Banks seek to conceal information when there is something to hide. So, are the actual figures being concealed to prevent people from knowing the real situation?

All the three reasons suggest that NPAs could soar even further. The bad bank won’t help because bad intentions and rotten policies will create even more NPAs in the coming years.

India needs a stronger political resolve for good governance. Mere expansion of a cabinet of ministers is not the solution. Already, the cabinet comprises 78 people. That is just three short of 81 when the count reaches the 15% upper limit mandated by the Constitution. Whatever happened to the ‘Minimum Government’ slogan that was publicised in 2014?

Clearly, the government needs to demonstrate that these large cabinets can revitalise India. After six consecutive years of GDP deceleration, India is not far from becoming despondent.

HomeAnalysisPolicy watch: Are Indian PSBs headed for a further downgrade?