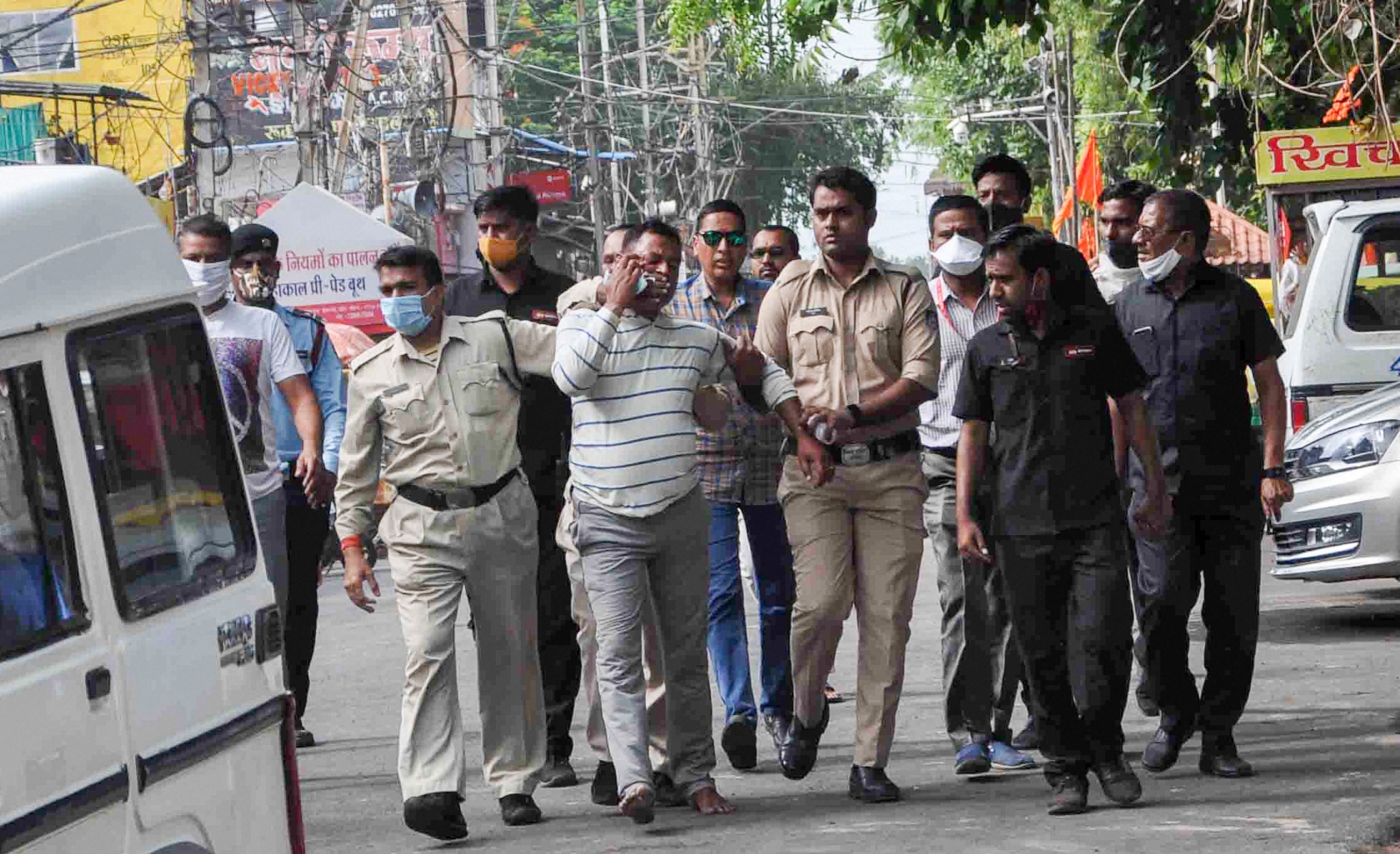 Power plus unaccountability = brutality, which is symptomatic of the police whether in the USA, Tamil Nadu, Goa or Delhi.

Derek Chauvin who murdered black American George Floyd by kneeling on his neck for eight minutes, was booked for second degree murder. Predictably, several cities in the USA were rocked by violence after Floyd was murdered on May 25.

But the Tamil Nadu police officers who allegedly murdered P. Jeyaraj, 62 and his son, Bennix, 32, while in their custody on June 22 and 23, as in the past, have not paid for allegedly killing two traders who do not have a criminal record.

It was only after a woman head constable deposed against her male colleagues in court did it order the arrest of a police inspector, Sridhar, two PSIs, one named Balakrishnan and head constable Murugan for torturing a father-son duo to death on June 22 and 23 at Sathankulam town in Tuticorin district of Tamil Nadu. The Centre ordered the CBI to take over the case.

P. Jeyaraj, 62 and his son, Bennix, 32 ran a mobile repair shop and were picked up by the local police for criticising them. The police had insisted all shops should shut at a specified time. Neither Jeyaraj nor his son had any police record. The Tamil Nadu police are notorious for brutally killing people in blatant disregard of the law.

The issue here is the police are charged with ensuring nobody can be killed without sanction of the courts but when they themselves flout Article 21 of the Constitution, there is a total failure of law and order which comes solely under a state's chief minister.

The police in any state often do not charge those who commit crimes but quite often frame innocent citizens to appease their local MLAs or various states' chief ministers.

There has to be a balance struck between arrest and liberty. Those who commit heinous crimes like custodial murder and destroy evidence like the Tamil Nadu policemen must be arrested while those accused of minor offences like Jeyaraj and Bennix must be granted bail, if they are arrested.

The police, as in Tamil Nadu and the USA, wield power sans accountability which is why they murder those who are accused of minor offences like George Floyd in the USA or Jeyaraj and Bennix in Tamil Nadu. But the twist lies in the fact that US citizens forced the police to immediately book the alleged murderers whereas it took a CBI probe and a woman head constable to depose before a court before the authorities arrested the police officers who murdered Jeyaraj and Bennix.

So, the first reform is to take away the power of arrest of many authorities while the second is to ensure that only a PSI and his superiors can arrest or detain a suspect unless a cognisable offence is committed in front of people in which case any citizen can arrest the suspect.

The next reform is to severely curtail the power of arrest in specified circumstances. Unlike Jeyaraj and Bennix who were reportedly arrested for keeping their shop open 15 minutes beyond the stipulated time.

Quite often a magistrate will grant police custody of up to 15 days which indirectly permits custodial interrogation before the accused is remanded to judicial custody.

In Manubhai Ratilal Patel's case, reported in 2013, the Supreme Court said: "The magistrate has to appreciate the factual matrix and apply his mind whether there is a warrant for police custody or justification for judicial remand. Or there is no need for any remand at all."

After arrest, a doctor has to examine the accused which would have prevented the murders of Jeyaraj and Bennix in police custody. In 1996, two judges of the Supreme Court converted into a PIL two letters from D.K. Basu of West Bengal and A.K. Johri of Uttar Pradesh alleging police torture in custody. On December 18, 1996, the judges pronounced a landmark judgment laying down guidelines for arrest and custodial interrogation.

Despite such guidelines and a mechanism for arrest and interrogation, celebrities like Bollywood actor Salman Khan are treated very differently from Jeyaraj and Bennix so that the witnesses against them vanish, even if he is a police constable, as in Salman Khan's case.

The ease with which Salman Khan or Manu Sharma can manipulate the system is seen by the way in which the latter walked free in June 2020. He served three years less than his sentence. The message sent is his victim Jessica Lall's life mattered less than that of Manu Sharma alias Siddharth Vashisht, who was accused of shooting her dead. And so, these victims' families are left to burn in agony due to police apathy and judicial lethargy. Twenty-four years later, the D.K. Basu judgment has been rendered farcical.

Manu Sharma is the son of ex-Congress bigwig, Venod Sharma, who allegedly bribed a prime witness, Karan Rajput, with Rs 30 lakhs to change his testimony to ensure his son, Manu Sharma, would be acquitted.

And so, despite the stupendous acquittals of bigwigs like Salman Khan and Manu Sharma (who was later convicted), the people continue to believe the police, prosecutors, magistrates, judges and doctors will ensure justice triumphs although statistics prove the reverse is true.

Lord Denning famously declared: "You can be sure the executive will sometimes do things they must not do. And will not do things they must do." That generally applies to the police and to the prosecutors. And to a much lesser extent, to a few trial courts as well.

The third report of the National Police Commission declared 60 percent of all arrests were unnecessary. But they forgot to add that the police did not arrest those they are supposed to or arrested those they were not supposed to.

If the ordinary police constable discharged his duty diligently, gangsters like Vikas Dubey would not flee after killing policemen and be arrested at Ujjain in Madhya Pradesh, as news reports suggest. The fact that Dubey could hail an autorickshaw in broad daylight speaks volumes for police efficiency.

And so, the right to life and liberty guaranteed by Article 21 of the Constitution is guaranteed to the likes of Salman Khan, Manu Sharma and others of their ilk. It is not guaranteed to the illiterate worker who was run over by a jeep outside the BEST bakery more than a decade ago or to hapless Jessica Lall, who was shot dead by Manu Sharma. The rich-and-mighty use the law as a pawn to torture the poor until their flesh turns raw with agony.

The writer holds a Ph.D in Media Law and is a journalist-cum-lawyer of the Bombay High Court.