Pegasus case: The Supreme Court’s order may well be a case of too little, too late, writes Anil Singh

Ultimately, all depends on the ability of the SC’s three-member probe panel to find incontrovertible evidence of snooping on citizens in the name of national security
Anil Singh 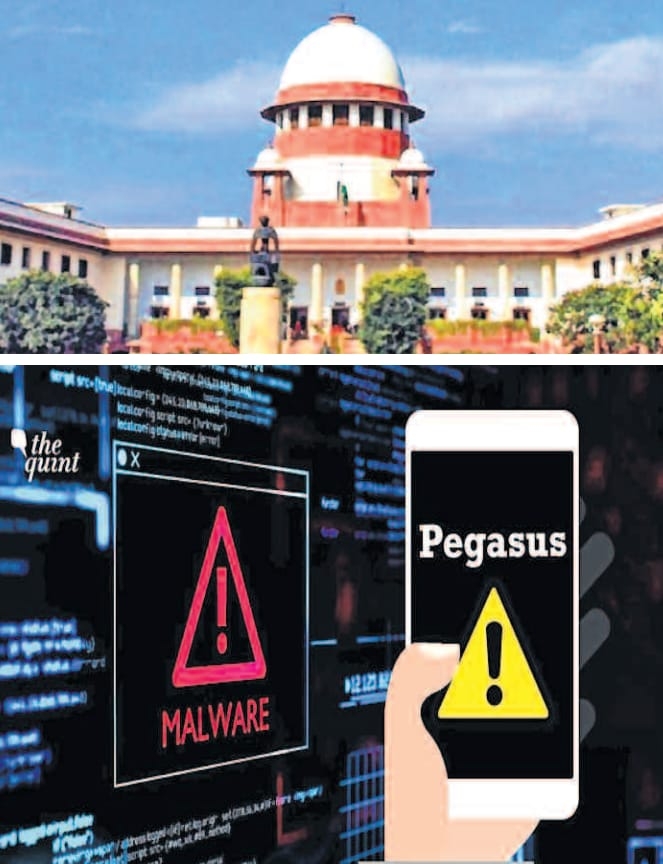 The Supreme Court’s order in the Pegasus case strikes a blow for the citizen’s right to privacy though there’s a long road ahead when it comes to guaranteeing the right. So, the euphoria over the ‘historic’ judgment may just be a fleeing moment. No doubt, Chief Justice of India N V Ramana’s hard-hitting and reasoned order makes a powerful argument for accountability but too often have thunderous judicial pronouncements ended in a whimper. Ultimately, all depends on the ability of the SC’s three-member probe panel to find incontrovertible evidence of snooping on citizens in the name of national security.

The SC’s order may well be a case of too little, too late. The opposition was unable to capitalise on Pegasus, either in Parliament or in the streets, and it was left to the media to push the case. Anyway, it was the media’s baby; Project Pegasus began when the Paris-based non-profit organization, Forbidden Stories, got a leaked list of over 50,000 phone numbers allegedly targeted for surveillance by clients of the Israeli NSO Group since 2016. It roped in Amnesty International as a technical partner and teamed up with 16 news media organisations in ten countries where 80 journalists, including those in India, began corroborating the details.

The findings indicated that India had become a police state, prompting the Editors Guild of India to call it “a moment that demands deep introspection and inquiry into the kind of society we are heading towards and how far we may have veered away from the democratic values enshrined in our Constitution”.

Pegasus victims include three sitting Presidents, including France’s Emmanuel Macron and three current PMs, including Pakistan’s Imran Khan. France, Hungary and Mexico have already ordered inquiries. In India, the list of targets is frightening; top journalists, the Election Commission, the CBI, industrialists and even the man eventually appointed as the information technology minister. As it is, the Union home ministry signs 5,000 surveillance orders every month.

Given the gravity of the allegations and the preliminary proof offered, the SC could have taken up the Pegasus case suo motu on July 18, when the news broke out. Forensic tests on 21 cell phones targeted for surveillance in India revealed that ten of them were infiltrated by Pegasus; a significant percentage.

The tests were conducted by the Toronto University’s Citizen Lab, an academic research lab focused on the study of digital threats to civil society. If nothing else, the apex court ought to have been jolted into action by the suspected use of the spyware on as many as 11 relatives and associates of its staffer who accused former Chief Justice of India Ranjan Gogoi of sexual harassment.

It took the SC nine PILs to start hearing the matter on August 5, only to reserve its order on September 13. Cyber experts say that the period of almost three months, from August 5 to October 27, is a long time for any agency to cover its tracks. This may well mean that by the time the SC fired its broadside on Wednesday, the target was out of range.

Did not seize the moment

One can argue that CJI Ramana did not want to be portrayed as a Don Quixote tilting at the windmills. Conversely, had he seized the moment, more victims would have volunteered to have their cell phones inspected and the experts too would have got into the swing of things. Significantly, the CJ attributed the delay to some experts declining to be part of the investigative team, citing personal difficulties. So, if the ‘chill’ gets to eminent experts, how does the probe panel expect ordinary citizens to testify against the state which is being accused of treason?

Digital rights activist Nikhil Pahwa feels that technical analysis will not help, given that Pegasus can cover its tracks easily by deleting itself. The malware can also be deactivated and removed by operators. Follow the money trail and audit government expenditure, says Pahwa. Pegasus is a state-of-the-art spyware and NSO charges a bomb for its product and services. According to Indian experts, it costs Rs 1.5 cr per phone. Come to think of it, the government would have spent a bomb in getting the Israeli operators to clean up the evidence.

The Pegasus episode is likened to Watergate but that was just a break-in ordered by the Nixon administration at the rival party’s office to get some ‘incriminating evidence’. Today, not only can such evidence be stealthily extracted from the mobile phone of the target, it can also be planted in their phone or laptop. Tests conducted by Arsenal, an independent US lab, on the laptops of two tribal rights activists arrested in the Bhima-Koregaon case show that the ‘incriminating evidence’ was planted in them.

More than a dozen human rights activists, academics and dissenters are rotting in jail for over two years without a trial after being arrested under the draconian anti-terror law UAPA based on such ‘incriminating evidence’. One of them, Fr Stan Swamy, 84, died in custody because of medical neglect. Now, another one, Gautam Navlakha, 70, is going the same way. This seems to be a deliberate strategy of the regime to show left-leaning intellectuals their place. In fact, the wives of the Bhima-Koregaon accused are among the 60 Indian women suspected to be Pegasus targets.

Hence the petition of journalists N Ram and Sasi Kumar said that snooping using military-grade spyware “abridges several fundamental rights and appears to represent an attempt to infiltrate, attack and destabilise independent institutions that act as critical pillars of our democratic set-up”. The SC tacitly acknowledged it when it quoted Orwell in a dig at the Union government: “If you want to keep a secret, you must also hide it from yourself.”

The SC order is seen as a victory for the opposition, civil rights activists and journalists as it is the first time in recent years that the apex court has spoken out against the naked and unchecked abuse of state power to silence critics. However, walking its talk will be the SC’s test. The historic judgment must lead to historic changes. Only when we have transparency in the legal surveillance regime and judicial oversight for all interception orders can we celebrate.