P N Vijay elucidates the many avatars of corruption in India 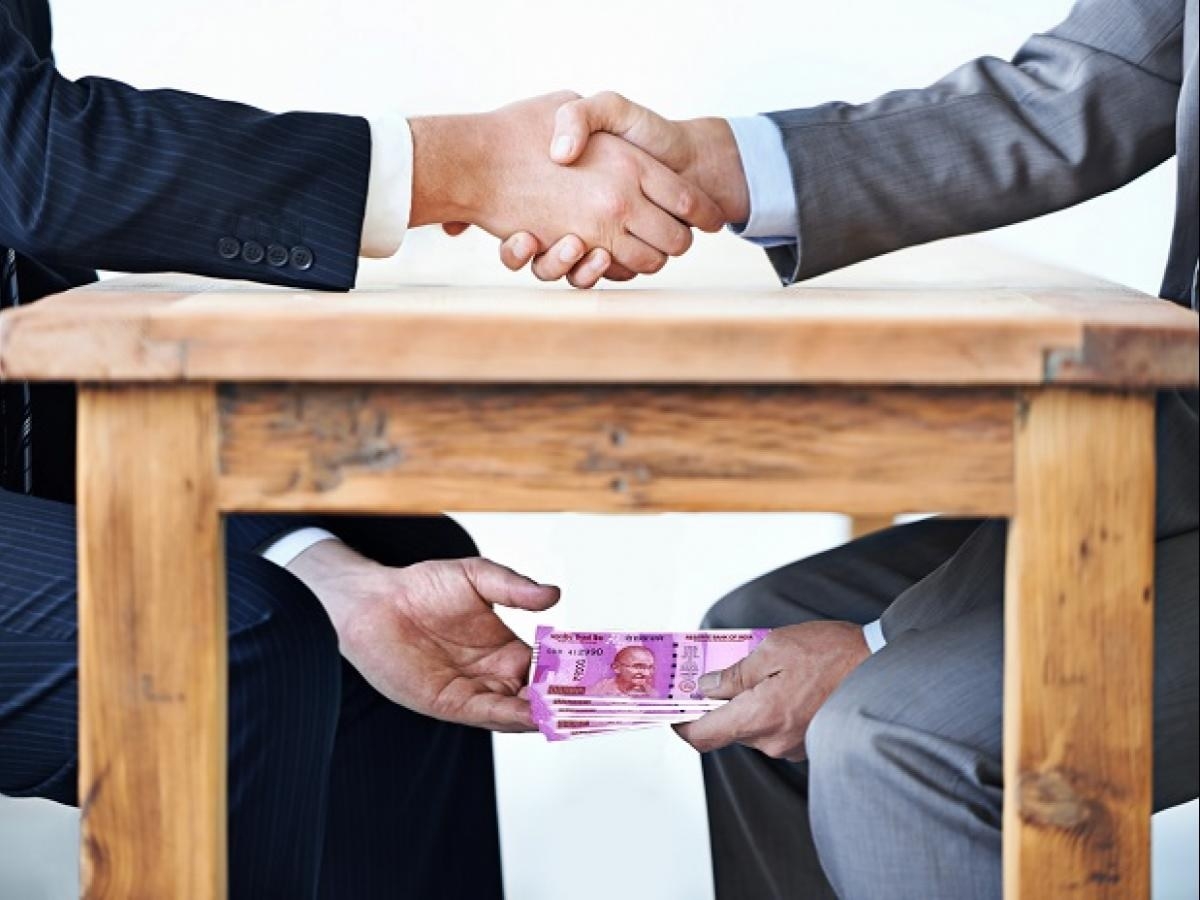 If you were to ask the person on the street what it is that they dislike most about India, they will probably mention corruption or the infrastructure. Corruption is not something that was born yesterday in India or elsewhere but in India -- unlike in other places -- it has remained the monstrous, many-headed Hydra of mythology that refuses to go away. In fact, poll after poll has shown that a high percentage of Indians admit to paying small amounts of bribe to get ‘things done’. Many-headed because it has taken many avatars in India.

At the lowest level, it could be called ‘nuisance money’. The most glaring example is when someone is caught jumping a red light at a traffic signal. The cop points out that he has two choices; either he coughs up something or goes to a city court, waits for three or four hours and pays double the fine. Not being a saint, the culprit gladly hands over a note and drives on. This is seen in many situations, where people pay bribes just to avoid an inconvenience.

One solution is to pay our police and other officers better so that they do not need to augment their income with petty bribes. But unless we become a nation of Buddhas, I do not see this disappearing totally though the use of technology in the form of CCTVs may lessen it… and improve inflows into government coffers.

The second head of the monster is what one normally refers to as ‘speed money’. This is gratification given to a babu just to make him do his job. The most quoted example is the clerk holding up your income-tax refund.

In the good old days, your CA would get a call and be told that the refund order was ready and he could pick it up. Only to be told on reaching that he would have to pay some amount or else wait for three or four weeks! The hapless CA would then bite the bullet and hand over the money and the refund order would change hands. This happens in every government department. The Modi government has done a commendable job in automating and digitalising many key government services. The income-tax department works mostly without human contact; refunds land in your bank account promptly. There are still several departments that are manual but the situation is a lot better than from a decade ago.

The third and more serious form of corruption is ‘harassment money’. This is a situation where the person is told that unless he coughs up something his troubles will increase manifold; it could be a police case or a tax demand or a property transfer or other situations. This is almost extortion and most often the person is unable to stand up to it and buys his way out of the situation. This is the real cancer that needs to be weeded out.

The best solution is to not make draconian laws that are easily subject to misuse. There are too many provisions in Indian law where criminal liability attaches to a person. In many situations, it is left to the babu's discretion to handle the matter. This needs a drastic change. Criminal liability should arise only in very rare situations and sending people to jail should be the last remedy. Unfortunately, in India -- unlike in other civilised societies -- bail is rarely granted and persons are held as undertrials for long periods -- even after the investigation is over and the chargesheet is filed.

If the government could systematically review all the laws and make them less draconian, it would also go a long way in reducing this ‘harassment money’. Also required is to make the laws very simple, direct and impossible to misuse. Vaguely drafted laws are one of the worst sources of misuse and provide a handle for harassment.

The last -- and biggest in monetary terms -- is corruption in the award of government contracts. While the earlier three cases are normally attributable to government officials, this is the domain of politicians. A government contract is awarded to a person or a company after a good percentage is handed over in cash. This has attracted the most attention. The Mundra deal in the 50s, involving the LIC led to the resignation of the finance minister.

The Bofors deal of the 80s led to the fall of the Rajiv Gandhi government after it had won a landslide victory in the earlier elections. (Strangely enough, the LIC scam was exposed by Feroz Gandhi, the father of Rajiv Gandhi). The CWG scam, the 2G scam and the Coal scam engaged the attention of the nation from 2010 to 2014 and was one of the major reasons for the fall of the UPA government. As an attention-grabber, this type of corruption is easily the biggest.

The Narendra Modi government has claimed that it has stopped this type of corruption. There is no doubt that in the last seven years, there has not been any accusation against this government of a serious nature. Modi should be complimented for putting the brakes on this scourge at least at the national level. This form of corruption is impossible to legislate. It cannot have a solution like digitalisation. The solution is for people to elect honest politicians to power and not succumb to considerations of caste, creed, language or region in exercising their franchise. And when persons are caught, the punishment should be swift and harsh.

Corruption is as old as the hills and is not going to disappear overnight. But by having more digitalisation, clear simple laws with less draconian provisions, electing honest leaders and dealing decisively with bribe takers we can break the back of corruption. The people of India will be the biggest winners.

The writer is an investment banker and a political commentator. His twitter handle is @pnvijay