Other infectious diseases close in as Africa focuses on COVID-19 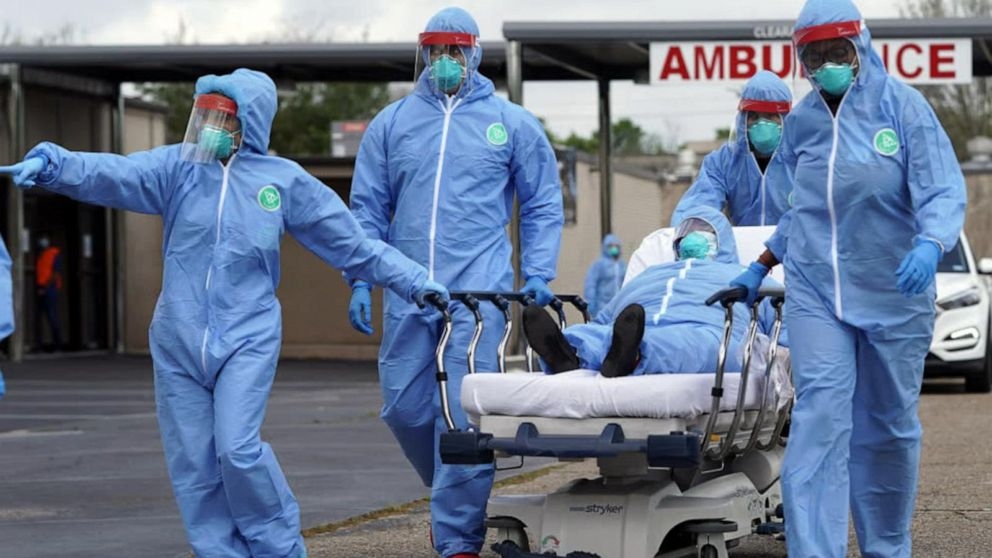 South Africa must have been greatly relieved when its cricketers, returning from their incomplete ODI tour of India on March 18, were found to be free of coronavirus symptoms. The tests returned negative. Having completed a 14-day period of self-isolation, the players remained in lockdown for a further two weeks just like the rest of the country.

There are two particular reasons why this interaction may be significant. First, while South Africa, Algeria, Cameroon, Ghana, Ivory Coast and Guinea together account for 66 per cent of the region’s reported COVID-19 cases and are Africa’s most affected nations, South Africa remains the continent’s worst affected. Second, South Africa is an example for India because it is “beginning to see the bending of the curve”. New Delhi is reportedly studying a template from Cape Town outlining a “risk-adjusted strategy” for a phased economic recovery. The feeling is growing in both countries that the lockdown might be counter-productive. Also, that both countries desperately need an equivalent of Britain’s National Health Service.

Narendra Modi announced India’s lockdown on March 24, giving Indians four hours’ notice. South Africa’s president, Cyril Ramaphosa, announced on March 23 that the lockdown would begin on March 26. At the time of writing, both countries are expected to adopt slow exits from the lockdown in early May. Last week 19 doctors in South Africa signed a letter to Mr Ramaphosa urging an end to the lockdown which, they said, was beginning to do more damage than good. “We see greater harm to our healthcare system and our economy by further delaying the inevitable spread of the virus” they wrote.

In India, too, the view is gaining ground that inadequate space for social-distancing, lack of clean running water, the shortage of hospital beds and medical staff and unhygienic habits deprive the lockdown of many of its theoretical benefits. “The experience over the last month shows the lockdown has caused tremendous economic distress, especially for the poor,” declared the Right to Food Campaign organisation under the heading “No More Lockdown”.

The additional fear in Africa is that the battle against COVID-19 risks undermining other public health campaigns by diverting attention and resources from projects such as immunisation and anti-malaria campaigns. Before COVID-19 arrived, the African continent was battling to contain measles, polio, malaria, cholera, tuberculosis and Ebola which kill thousands of people annually. The World Health Organisation, some developed nations such as the United States, and charities like the Bill and Melinda Gates Foundation, poured millions of dollars into these programmes which have now been halted as the battle against COVID-19 takes centre stage. The WHO has already warned that such shutdowns risk triggering a resurgence of preventable diseases because when immunisation services are disrupted, even for brief periods, there is an increased risk of an outbreak of diseases such as measles and polio.

A measles outbreak in the Democratic Republic of the Congo last year killed more than 6,000 in a country that was already battling Ebola which has killed 2,242 people and infected 3,404. The DRC had hoped it would be declared Ebola-free after 52 days without new confirmed cases, but a new case was confirmed just two days before the expected declaration. More cases have since been confirmed. “While the world strives to develop a new vaccine for COVID-19 at record speed, we must not risk losing the fight to protect everyone, everywhere against vaccine-preventable diseases” says Tedros Adhanom Ghebreyesus, the WHO’s director general. “These diseases will come roaring back if we do not vaccinate.”

Now a number of vaccination campaigns have been halted, including polio vaccination drives that were part of a decade-long effort to eradicate the disease. Nigeria, which had hoped to be declared polio-free early this year before COVID-19 scuttled the hope, is one country affected by the suspension. Measles vaccination campaigns in Chad, Ethiopia, Nigeria and South Sudan have also been halted, leaving approximately 21 million children unprotected.

Experts have also raised concerns that stringent controls on movement – including lockdowns, dusk-to-dawn curfews, school closures, and bans on gatherings – could also stop people from accessing essential health services. Some countries have converted clinics for diseases like HIV/AIDS into COVID-19 treatment centres. With Egypt devoting hospitals to COVID-19 tests and quarantine, HIV patients are afraid of going there for fear of contracting coronavirus or suffering related health complications.

India has eradicated malaria but Africa accounts for more than 90 per cent of global fatalities from the disease, including 360,000 deaths last year. The WHO is worried that COVID-19 might eclipse other health issues just as the malaria season is about to begin. Warning Africans not to lose the gains they have already made as they tackle this new threat, a WHO spokesman says, “We saw with the Ebola virus disease outbreak in West Africa that we lost more people to malaria, for instance, than we lost to Ebola. Let us not repeat that with COVID-19.”

The disruption of malaria prevention and treatment services could see the number of Sub-Saharan Africa’s malaria deaths double from 2018’s total of around 350,000. COVID-19 is a major threat but it’s critical to maintain malaria prevention and treatment programmes. Otherwise, deaths could exceed 700,000 this year alone. “We must not turn back the clock,” warns the WHO. Benin, the DRC, Sierra Leone, Chad, the Central African Republic, Uganda and Tanzania have all said they are continuing with malaria prevention activities, including distributing protective netting treated with insecticides. Another casualty is South Sudan’s measles vaccine programme for children.

The number of reported COVID-19 cases in Sub-Saharan Africa still represents only a small proportion of the global total, though it is increasing every week. The number has gone up by 43 per cent recently to more than 26,000, while a 38 per cent increase in the number of reported deaths brings the total to more than 1,200. But concern persists regarding West Africa while South Africa’s promised lockdown will mean closed borders and a ban on large gatherings and inter-province travel.

As in India, a phased reopening of businesses can, however, be expected. The proposed template is for regions to be classified into five categories, lockdown restrictions matching the level of virus spread. It will still need strict supervision over a long period and a drastic review of habits like spitting. There is no alternative in the long run to a public healthcare system, as in the West.