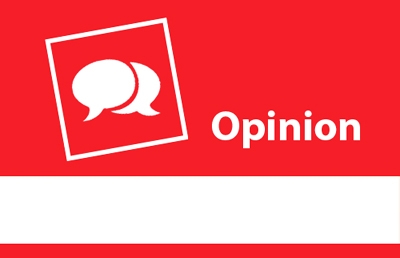 After much dilly-dallying and unsure political moves, the Shiv Sena has ultimately occupied the opposition benches in the state legislative assembly, despite its best-ever showing since its inception.

Ever since Raj Thackeray left the Sena and set up his own outfit – the Maharashtra Navnirman Sena (MNS), the Sena has been under tremendous pressure to protect its domain and keep its flock united. Despite attacks on the quality of his leadership, Uddhav Thackeray has managed to accomplish this, perform well during the Lok Sabha elections under Narendra Modi, but failed to consolidate his position in the state assembly elections.

Unnerved by the BJP emerging as the largest party in the Lok Sabha elections, the Sena continued to assert its position during the seat-sharing talks with its oldest poll ally for 25 years, which resulted in a split between the two, accompanied by a corresponding split in the hitherto ruling Congress-NCP alliance. The latter split was a shrewd move by the Machiavellian Sharad Pawar, resulting in changed political equations in the state.

Meanwhile, the Sena won 63 seats and was engaged in acrimonious parleys over power-sharing in the state, while the BJP remained focussed on retaining its number one position, leading to an embarrassing situation for the former.  Sena MP Anil Desai, designated by the PM for the swearing-in ceremony in Delhi was recalled from Delhi airport, as the Sena was not happy with the BJP’s offer for induction of ministers. The situation turned chaotic and finally, it decided to sit in opposition.

The mistrust between the two parties reached such a level that no party was ready to believe in each other’s promises. There are many unanswered questions, as the Sena is still part of the NDA and Union Minister Anant Geete from the Sena continues in the Modi cabinet.

With the Sena taking over as Leader of the Opposition in the state legislative assembly, it has successfully stalled the Congress claim to a post which is very important in legislative strategies to corner the government. However, the Congress and the Sena, sworn enemies for decades, suddenly find themselves on the same side, while the BJP is getting political support from the Pawar-led NCP.

It appears that the BJP-NCP cooperation may grow further in the coming days. The BJP is shy of openly accepting support from the NCP for obvious reasons, while the NCP would also like to keep this association under wraps. This is the reason that a voice vote was sought by the BJP, a move which saw it come under fire from the opposition.

Uddhav Thackeray will now have his hands full, keeping the party’s 63 MLAs on a tight leash and managing the infighting. The party, which has been in the opposition for last 15 years, is finding it hard to sit in the opposition even as its erstwhile ally enjoys all the benefits of power. The bitterness created by this realisation will only serve to make the Sena more aggressive and take to the streets in future.

The BJP’s game plan now is to reduce the influence of regional parties like the Sena and increase its own sphere of influence, which will only serve to make for a tense situation in the state. Many believe that under BJP president Amit Shah, the party will try ‘Operation Lotus’, first tried out in Karnataka to obtain a majority for the party. The Devendra Fadnavis Government, in its bid to boost its numbers in the 288-member House in the state, will definitely try this method, by engineering a split in the Shiv Sena Legislature Party.

NCP stalwart Chhagan Bhujbal, a one-time senior Sena leader, who led the party’s first split in the early 1990s, observed that some of the Sena MLAs had staged a walk-out at the time when the Speaker tabled the confidence motion before the House. He was hinting at a possible split in the Sena Legislature Party, citing lack of cohesion and proper floor management.

There is confusion within the Sena rank and file. Sena MLAs will find it difficult to serve their constituencies, since they will be occupying opposition benches. The ordinary Sena worker is upset with the BJP asking the party to sit in opposition. Its desperation and last-minute efforts to gain power have struck a body blow to its self-image as an aggressive party.

Had it declared issue-based support to the government, it would have cornered the BJP and put an end to the machinations of Pawar – but unfortunately, the Sena lacks mature floor managers who understand the rules of power games. The BJP will also try to split the Congress Legislature Party (CLP), since the party has fewer MLAs after five of them were suspended for physically harming the governor on the Vidhan Bhavan premises.

In the heat of the elections the Sena has lost many political allies, who have now turned to the BJP. The social engineering of Shiv Shakti-Bhim Shakti was Uddhav Thackeary’s pet project, under which he succeeded in bringing RPI leader Ramdas Athawale into the  Mahayuti. But when the issue of giving Athawale a Rajya Sabha ticket came up, the Sena turned tail. It was left to the BJP to do the needful. RPI support for the BJP proved crucial in many seats where it won with slender margins.

Uddhav will have to chart his own path and seek new allies if his party must survive onslaughts in the coming days, of friends and foes alike.