Historically, the UN's role in conflict management and poverty eradication has been underwhelming. Genocides and famines have occurred on its watch. Add to that the spectacular failures of the Bretton Woods institutions in terms of oversight of the global economy and of the UN Framework Convention on Climate Change to address the ecological crisis.
Bhavdeep Kang 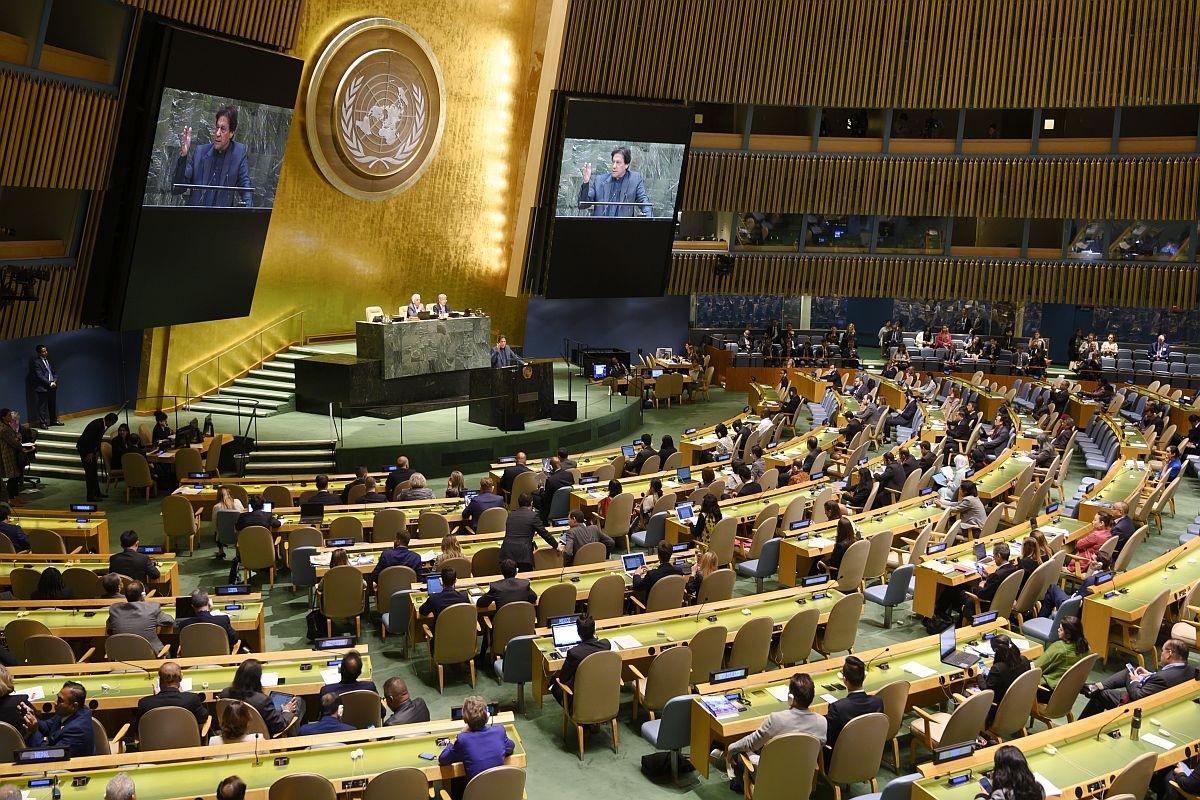 At 75, the United Nations has little to celebrate. Never has the superstructure of international governance appeared as weak as it does in the throes of the Covid-19 pandemic. As UN Secretary-General Antonio Guterres said last week: “The pandemic is a clear test of international cooperation – a test we have essentially failed.” Increasingly, the once highly-respected body comes across as outdated and unable to deliver on its mandate.

Historically, the UN's role in conflict management and poverty eradication has been underwhelming. Genocides and famines have occurred on its watch. Add to that the spectacular failures of the Bretton Woods institutions in terms of oversight of the global economy and of the UN Framework Convention on Climate Change to address the ecological crisis. Small wonder the 75th anniversary session provided world leaders with an opportunity to highlight the UN's shortcomings.

Prime Minister Narendra Modi, in his speech at the general assembly, politely but firmly underscored the UN's unwillingess to reform. In terms of political governance, gross inequalities between nations persist, at the cost of multilateralism. The undemocratic nature of the UN has long been a bone of contention, with the global south demanding greater representation. India is a case in point; it is the seventh largest economy, with 18 per cent of the world's population. Yet, it is denied a permanent seat at the high table, the UN Security Council (UNSC).

Earlier this month, External Affairs Minister S Jaishankar chaired the IBSA (India, Brazil, South Africa) foreign ministers' meeting, which called for a reform of the UNSC. The G-4 - India, Brazil, Germany and Japan – support each other's bids for a permanent UNSC spot. Four of the five members of the UNSC have backed India's bid, but China stands in the way. Meanwhile, membership of the UNSC allows China and Russia to use the veto, a potent weapon to further their geopolitical interests at the cost of other nations.

Several UN agencies have come under fire of late. The deafening silence over the brutal persecution of religious minorities (the Uighur Muslims) in China prompted former US ambassador to the UN Nikki Haley to ask, “Where is the UN now?”. While the UN Commission on Human Rights ignored the Chinese concentration camps, it was inveighing against India's Citizenship Amendment Act (CAA).

Likewise, the WHO's role in the initial stages of the Covid-19 pandemic has been questioned. It praised China's handling of the Wuhan outbreak, going so far as to advise against imposing travel and trade restrictions. Not surprisingly, China pledged massive financial support to the WHO even as the US withdrew.

As for the International Court of Justice, China has shown its utter disregard for the body. In 2016, after the ICJ ruled in favour of the Philippines and rejected China's territorial claim over the South China Sea, the Asian giant condemned the ruling, calling it a “piece of paper that is destined to come to naught” and threatened military action.

The UN's crisis of credibility has been exacerbated by allegations of corruption and sexual abuse, in addition to financial mismanagement by a bloated, self-serving, overpaid and underworked bureaucracy. A combination of large salaries and daily allowances, generous pensions and zero accountability has disincentivised performance and contributed to poor outcomes.

In 2017, the Associated Press (AP) reported that the World Health Organisation (WHO) spent US$200 million annually on travel alone – more than its combined spending on AIDS, malaria, hepatitis and TB! The WHO Director General flew first class and parked herself in luxury hotel suites. The organisation pledged immediate budgetary reforms, but the travel expenses fell only marginally.

Around the same time, AP news reports exposed child sexual abuse by members of the UN Peacekeeping Force in Congo and Haiti. Previously, sexual misconduct by UN forces was reported from Bosnia, Sudan, Burundi, Gabon and other parts of the world. The UN's failure to prevent abuse of the very people its forces are supposed to protect has been a subject of widespread criticism.

The Iraq oil-for-food scandal, a $64 billion UN humanitarian aid programme, in which billions of dollars in kickbacks were allegedly paid to UN and Iraqi officials, hurt the agency's image irreparably. The then secretary general Kofi Annan came under a cloud with regard to the award of a UN contract to a company that employed his son, but was later exonerated.

Since 2011, UN secretary generals have been talking about reforms to introduce transparency, increase accountability, improve efficiency and further democracy, but with no tangible results.

So, is the UN worth its annual 50-billion dollar budget, especially in a world where regional trade agreements and pluri-lateral alliances have become the norm?

As former US Secretary of State Madeleine Albright said, “If the UN didn't exist, we would invent it”. If for no other reason than to preserve the world from climate disaster and corporate-driven ideas for global governance, the UN must not only exist but expand its role. To be effective, however, it must transition to the brave new world of the 21st century.